Yesterday someone hacked into my account and claimed my rewards. Then they went into the setting and changed things around, I see everything on steemd.com and then transferred my 56.+ steem that I paid my money for and SBD earned to @contestbuddy. When I found out, I asked for a password recovery.
When my account was recovered, I tried to send @contestbuddy $0.00 requesting my money when I hit the submit button it said "stealing" and would not go through.

I went on discord and steem.chat to get some support and was told by everyone that I will not get my money back and it was my fault. Not to mention so nasty dude there would seem as if he was never loved as a child who kept on being just downright mean. I guess his mother never told him, if you have nothing nice to say, then shut up. Again confirming never had any love as a child!

Now let me understand this. My account was hacked into, I know the account who did it and the money WAS sitting in there at the time, you know who took it and you are telling me that I cannot get my money back?

@steem created the account. So now @steem is part of this scam to take people's money. Because if you have a system that you will not monitor for scam yet you give anyone an account. Then you are directly agreeing to bring scammers on the platform to steal money.

Everyone blames me for using/giving/whatever my masterkey to the thieves. So its my fault. Can you see how with this mindset is the PERFECT place for a thief like the owner of @contestbuddy?

If I knew coding this would be the perfect place to come on and take money easily. It's like taking candy from a baby on this platform. And the beauty is once they take the money, NO-ONE can take it back.

You and your croonies have millions in this and you have witnesses going out to get people on this and yet you are not making it safe. You @steem are part of the scam to take honest people's money.

I was told I used the masterkey and I gave it to someone. Again this is ASSUMING that is what happened because really I do not know. I am just spewing a bunch of crap that the "decentralized kool-aid dude" said.

Looking at the image you will see all his buddies - like sending money to @blogtrading for resteem when this scum has no post.
Here is the list of all his scumbag buddies that he's sending money to- @steem can see this but no I cannot get my money back. This is a scam and scams must be dealt with. 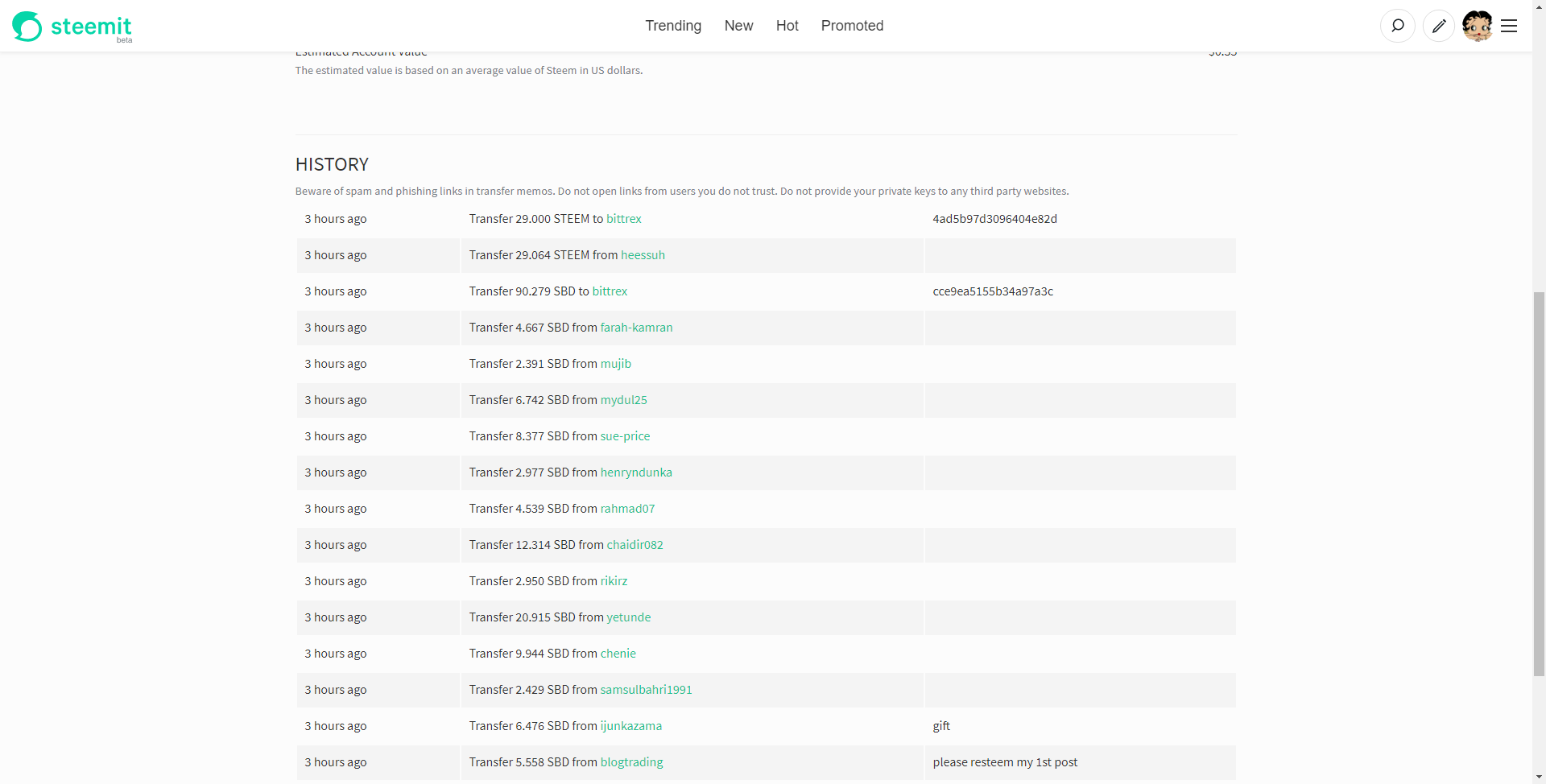 Honest people please take a look at the names on the list. See how many people are a part of this. Now you see that @steem has created the perfect place for thieves to thrive. Had I know this I would never come here.

@jerrybanfield did some video that he was talking about how great and awesome steemit is. @jerrybanfield fail to mention that this is a den for thieves. I wonder why? Could it be that it was in his best interest to get people on here so that his fortune would increase while honest hard working people ( people who did not sell their dash and make thousands upon thousand) to invest in steem while he and his croonies get fools money and laugh at us.

Honestly, this is a SCAM and a wonderful place for the people on that list and the owner of @contestbuddy to thrive.

People get smart, take your money and run. I am just waiting to get my money back and to wait until the crap called steem go up and then cash out and leave.

But not before becoming a anti-steem witness and tell everyone to stay away from this scam that is created by @steem.

abuse help steem-support steemit
3년 전 by jackie201744
$0.17
12 votes
댓글 남기기 14
Authors get paid when people like you upvote their post.If you enjoyed what you read here, create your account today and start earning FREE STEEM!
STEEMKR.COM IS SPONSORED BY

Hi I am so sorry would you mind telling me how much they stole from you and if you would be willing to put your name on a petition list I am creating to force steemit to give us back our money? Looking at the account contestbuddy stole about 15 persons yesterday alone. And the account was opened just 6 days ago. It's contestbuddy that should be blamed, it is steem for allow a thief to come on the platform, contestbuddy is owned by steempowerup. This is a BIG SCAM and it must be exposed. People cannot keep putting their money here only to have it stolen. steempowerup also stole lots of money and the account was downvoted so he get created contestbuddy with no post so no one can downvote it and he can continue the scam.

where the petition you created I want to include my name

Hi can we talk on steem.chat, this account @contestbuddy is stealing from so many people and no one is doing anything about it. we have to come together and do something. thanks

just go to steem.chat then put in my name and you can private message me there. thanks

Congratulations @jackie2017! You have completed some achievement on Steemit and have been rewarded with new badge(s) :

Congratulations @jackie2017! You have completed the following achievement on the Steem blockchain and have been rewarded with new badge(s) :

Congratulations @jackie2017! You have completed the following achievement on the Steem blockchain and have been rewarded with new badge(s) :