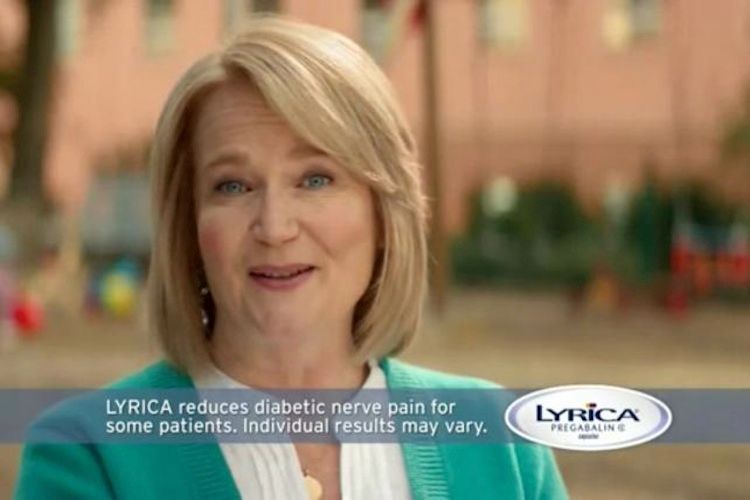 (With a trusting face like that, she could sell ice to Eskimos)

It's no secret people are popping pills, like tic-tacs… We are all well aware of the opioid crisis that has snowballed out of control taking no prisoners, along its path of destruction. The outrageous headlines that have taken their place, among the worst of their kind -- OPIOID CRISIS, THE WAR ON OPIOIDS, IT'S AN EPIDEMIC!!!

We have all witnessed the drugging of a nation --

Let me rephrase that --

We have all witnessed the legal drugging of a nation!

And it's not just opioids.., it's all of them -- anti-depressants, anti-psychotics, uppers, downers. Theres's pills for high blood pressure.., and if you are over a certain age in America.., you are on some kind of high cholesterol pill. There's pills for every "ailment" under the sun -- from The Big C -- cancer, to all kinds of sexually transmitted diseases… And what about all the ADHD medication.., like the most popular drug on college campus's everywhere -- adderall… I've seen people so addicted to adderall that they got from a doctor with a prescription -- they couldn't get out of bed without it. As a matter of fact, the last time I had an adderall script (not for me, I have never taken an adderall -- here's why…), the doctor looked me right in the eyes as she handed it to me (a doctor I found online) and said -- "I'll give it to you this time.., but it is frying her brain."

Lest we cannot forget about the drug that is responsible for all the drug commercials we are subjected too, every night in primetime television -- Claritin. Before Claritin -- an allergy pill (an expensive one) aired a huge television campaign in the 1990's.., advertising with TV ads was sketchy at best -- the first prescription drug that ran a TV commercial in the early 1980's, was forced to take it down within 48 hours by the FDA… And up until Claritin burst on the scene, advertising prescription drugs directly to the consumer was frowned upon -- it really wasn't a thing!

Eventually, the FDA relaxed the rules.., and BAM -- Big Pharma won. They had successfully bridged the long sought after gap, of advertising direct-to-consumer.., they removed the goddamn doctor from the equation -- sure you still needed one to write the prescription, so they just bought them…

There is no bigger lobby in Washington, bigger than Big Pharma -- they spend $240 million dollars a year to buy our elected politicians (almost $100 million more than the next biggest lobby).., it's amazing how many rules can be loosened for a mere $240 million. Then they spend another $5 billion on TV ads and other direct-to-consumer advertising.., and $27 billion marketing directly to physicians -- YOUR DOCTOR! They are spending more money on advertising, than they are on Research and Development…

They have paid for access to hundreds of millions of homes, every night of the week -- to sell us their Toe Fungus and Hard-On pills… Can you imagine the typical stereotype of a drug dealer, we have all been taught to revile, coming into our living rooms and bedrooms night after night trying to peddle the latest goodies -- absolutely not! Yet, Big Pharma strolls right in…, but they pay for that right.., and in return they make approximately over $400 billon dollars a year.

It is so out-of-control -- the relentless TV commercials.., that even doctors are calling for an end to all this madness. They are getting sick of patients walking in asking for the drug they saw they on TV last night -- self diagnosing themselves with things like ADHD, without a lick of medical training… And they understand, there are unnecessary prescriptions being written and more pills being taken, than ever before… 1 out of every 7 Americans are taking one prescription and 20% are on five or more.., we consume 80% of the worlds painkiller supply -- and the numbers just keep going up. (What is that you needed…)

Advertising is one thing, no matter how annoying the commercials -- it sucks that America is only one of two countries that allow prescription medication to be advertised direct-to-consumer.., but hey, it is what is… But paying doctors -- your doctor, to prescribe unnecessary and even dangerous medications -- is just wrong. What the FUCK happened to the hippocratic oath -- that solemn fuckin' oath that dates all the way back to Hippocrates… Sure -- it has been revised over time but the theory /meaning behind it, is the same -- "First do no harm." Even though, those exact words are not even in the original oath.

There used to be an implied trust, that your doctor would do his best to heal you -- not harm you… And while I'd to believe that most doctors do abide by a certain code of morals and ethics, still 1 in 12 doctors received a payment from drug companies that supply them with opioids.., and the more they prescribed, the more money they received. There are doctors that do -- nothing but, write bogus prescriptions. They can make up to $10,000 a day just driving around making house-calls, writing prescriptions and dropping of pills (for cash), without so much as a -- "can you bend over and cough for me…" not even the thought of an examination.., just an exchange of money for drugs…

Hmmm.., they sound a lot like the guy standing outside the bar doing EXACTLY the same thing -- dealing drugs!

Because of this all encompassing marketing blitz and an increasing access to our physicians morals and ethics, they have created a never-ending Pill Culture that has us believing that there is a "magic pill" for everything -- they are even fucking-up antibiotics.., people start popping antibiotics at the first sign of a sniffle -- WHY..? Because they can.., and they have been taught (brainwashed by the relentless advertising) the Magic Pill Theory --just pop a pill and you are on your way to a speedy recovery. Of course, they don't tell you about the other drugs they might have to prescribe just to deal with the side-effects of the first drug -- while downplaying the side-effects in the first place.

Drug overdoses kill over 60,000 people a year.., and that number is being driven by the over prescribing of prescription pills -- that's not to mention, all the lives they ruin, families and careers they destroy…

These unethical practices being committed by people in little white jackets, armed with a prescription pad are killing more people every year than car crashes or breast cancer. The only difference between a doctor abusing his authority (and prescription pad) for their own personal gain and a guy selling meth of the street corner, is the facade of one…

Whatever happened to common sense… We know people are being paid off, politicians being bought -- it's common fucking knowledge.., and it still happens. Nobody seems to give a shit when drug companies are killing tens of thousands a people a year.., but if a terrorist did it -- we'd go to war immediately -- with somebody, anybody!

The best we get is "lip-service" from the powers that be, as they stuff their pockets with blood money -- and look the other way… When is enough a enough.., when do we look at the numbers and say -- something has to change and change fast. That too many people are dying because they got hooked on opiates after a trip to the freakin' dentist! Or how about.., it's the doctor, the goddamn physician that is supposed to tell me what medication I may need -- NOT US telling THEM.

Even with all this death and destruction, pain and suffering -- nobody will ever be held accountable for it. The people that "matter" (the drug companies) are making too much money.., and spreading around a little taste (billions of dollars) to anybody who is willing, stupid and greedy enough to take it.

And like I started.., we know (for a fact) that opiates are killing people left and right… We know that the amount of prescriptions being written has increased by 85%, when the population has only grown by 21%… We need a shift in this whole "Pill Culture" that has been created, by none other than the drug companies -- a shift, away from the addictive, extremely toxic, profit driven side of the medical and health industries… No longer can we leave the matter of our health -- our freakin' health, in the hands of people with a quota to meet and shareholders to please… And an apology might be nice, too!

addiction life pharmaceuticals medicine health
3년 전 by macksby73
$1.67
14 votes
댓글 남기기 3
Authors get paid when people like you upvote their post.If you enjoyed what you read here, create your account today and start earning FREE STEEM!
STEEMKR.COM IS SPONSORED BY

I was in hospital about two weeks ago for ten days. At night they asked me to take a sleeping tablet and during the day every six hours they brought pain tablets. I had a whole cup full of pain and sleeping tablets that I brought home with me because I refused to take the tablets. It is scary what is happening in this world.....very scary.