A Comprehensive Guide to Being a Cunt - Top 10 Tips

I've been meaning to write this for a while because, to put it bluntly, there are a lot of blokes out there who're just doing this wrong! I see so many heterosexual white males who're clearly giving 'Being a Cunt' a sort of half-assed attempt. The occasional tossed cigarette bud, the once-a-week binge session or the 2/10 attempt at being passive aggressive to a receptionist. So I'm going to throw together this comprehensive little guide to really help everyone get to grips with their inner Cunt! Have fun reading. 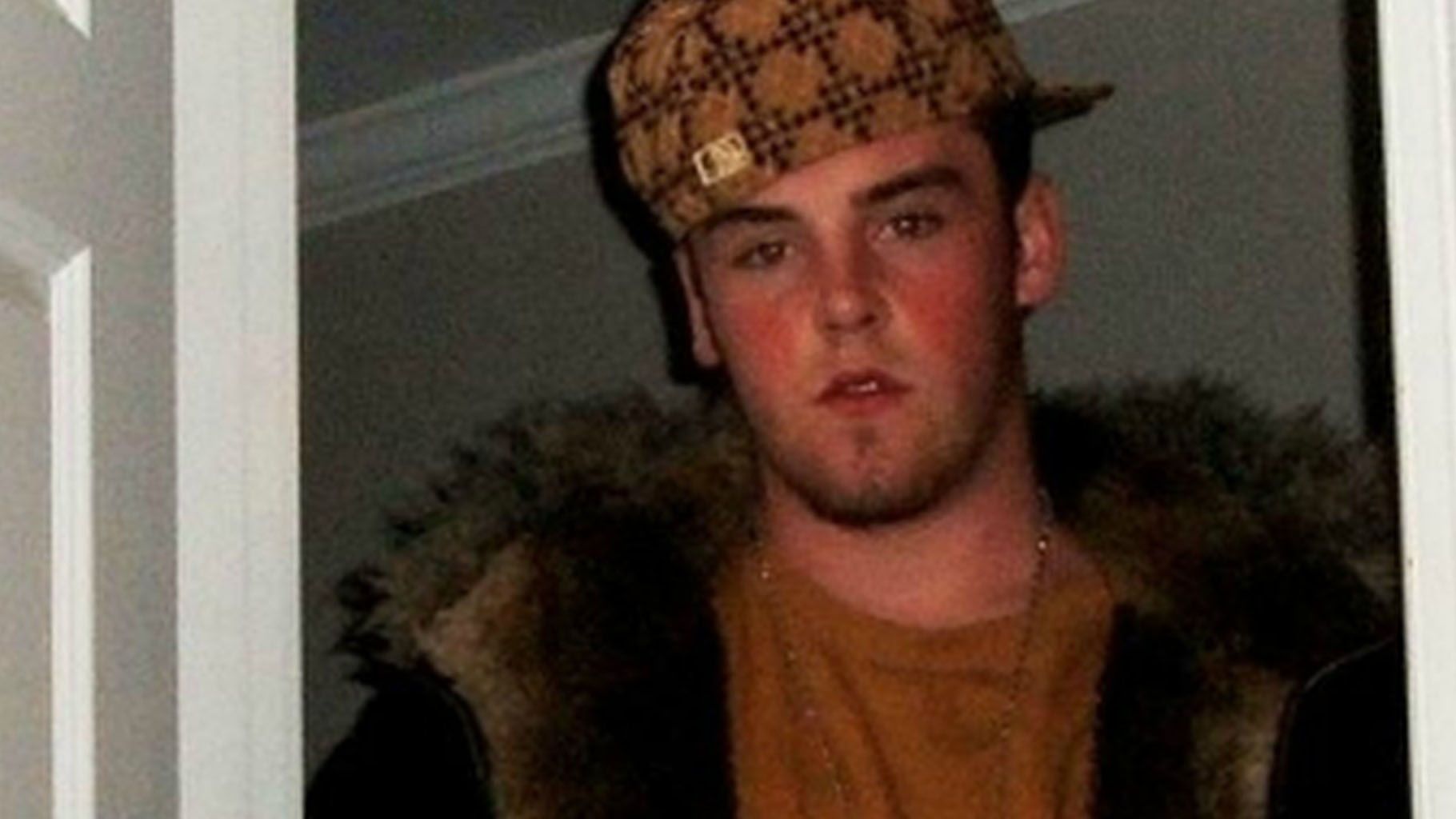 This is really the bread and butter of being a Cunt, and many of the other items in the following list will have this at their core. To really become "at-one" with your inner Cunt you need to live, breathe and channel this judgmental approach to life. Do you have a colleague who's working in their second language? Nitpick their grammar! Are you tossing up between choosing a public or a private school applicant for a job? Go private! I mean the education cost more, so it's got to be better, right!

If you really commit yourself to this principle you'll find there are just so many opportunities to really pick on the less fortunate. Immigrants, the working class, ethnic and religious minorities, transgender and homosexuals. The opportunities are endless.

A true Cunt knows never to miss an opportunity to force their own misguided decisions on to those around them and smoking is a key opportunity. It's not enough to cripple your own health by smoking, it's important to share the hurt and make sure as many people as possible are inhaling your putrid second-hand stench. Some of my favourites include... If there's one thing better than pushing your poor life choices on those around you, it's spreading harmful misinformation and pseudoscience. If you've graduated from super-foods and organic produce, then you might want to think about the anti-vax movement. A collection of horribly undereducated individuals forcing unsolicited medical advice on anyone within shouting distance.

There are just so many Cunt-worthy side effects of this activity too. Sick children. Suffering children. Dead children. The list goes on and on. If your aspiration is to really be a top-notch Cunt, then anti-vax is a must. 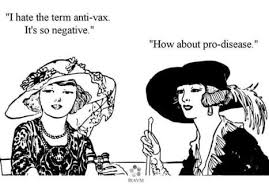 Littering is a cornerstone of being a proper Cunt, because it expresses so many of the ideals that form the pillars of Cunt culture. Littering effectively expresses your disinterest in the environment, contempt for social norms, making work for others. It's not the most complex behaviour on this list, but it's vital to form a good base to your Cuntism.

There's no better way to assert yourself than to own and drive an excessively large and environmentally catastrophic vehicle in which to go and buy your groceries. To really make the most of this opportunity, it's important that the vehicle is never taken out of the city. Be sure to purchase on credit, but to behave like you can actually afford the monstrosity. Look down (literally) on anyone who drives a responsible vehicle. If you have a vehicle and can actually justify a large vehicle to fit them all in, then make sure to go one-up and get a fleet of excess. Just to drive the point home. We advise the F450... the real bonus here is that when you're driving such a large car, no one will expect you have a tiny tiny tiny penis. But buyer beware, don't go bush! There are scary things out there, like lizards and dingos and goddamn spiders.

I mean, paying someone for doing their job!? What a joke! It's important here to really make the most of your position of power though. Work that waiter/ress like you're some sort of exalted CEO, you'll get their hopes up and make the most of your authority. Then walk out just leave a short insult on the bill. We like


"Get a real job if you want to get paid more"

Cheat in life, cheat on partners, cheat in sports. Skip out on paying taxes, sleep with your sister-in-law, rob the monopoly bank. If you're not getting ahead, you're dropping behind! Remember you don't owe anyone anything and simply because you're supported by a cooperative society where everyone chips in, doesn't mean you owe them anything either!

#8 - Get Drunk (then make it someone else's problem)

Do you have oppressed emotions and a temper you can't keep under control when you're drunk? Are you unable to control your neanderthalic sexual desires after four beers? Think of this as an opportunity to. Nothing says Cunt more than being the bloke who's a fucking nightmare to go out with. Smash down a dozen beers then pop off and find a fight to start, a woman to harass or some private property to vandalise.

There's nothing that says you're a proud member of the Legion of Cunts, more than being pushy & passive aggressive in all of your itnteractions with other human beings. The key here is to target those over whom you have a degree of power. People who're less wealthy, physically smaller or minorities. Get in there and make them question why they'd even bother speaking to you. Make them repeat themselves while you only partially pay attention to the conversation. Dismiss their thoughts and ideas. Make them second guess their involvement in the conversation at all. And follow the golden rule, *"interrupt, interrupt, interrupt". Some of our favourite terms are... 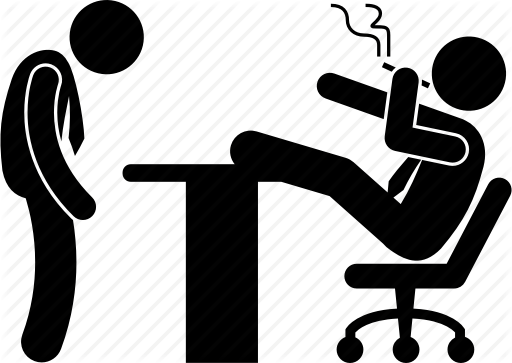 Being middle-class, white, heterosexual and male is the cultural equivalent of white bread. But this doesn't matter to you, because you can just steal from other cultures indiscriminately while still refusing to recognise your contributions to their hardships. Rock some dreadlocks, wear a Native American headdress to a festival and dress up in blackface.

When someone takes offence remind them of the importance of free speach and ask them if they even know how to take a joke. At the end of the day this is somebody elses culture and somebody elses problem. If you want to have fun you can do what you want, regardles of the larger social implications. Never forget, nothing is your fault

I really hope this guide will help those of you who've been struggling to channel their inner Cunt. Stick around for more and be sure to upvote, share and comment. If you don't, I'll flag all your shit and get my cousin Gazza to pay you a visit.

advice life funny teamaustralia comedy
3년 전 by tfcoates55
$76.23
522 votes
댓글 남기기 7
Authors get paid when people like you upvote their post.If you enjoyed what you read here, create your account today and start earning FREE STEEM!
STEEMKR.COM IS SPONSORED BY

Wow, I think you covered everything. I would suggest stealing from your friends, but you probably wouldn't have any.

you need to live, breath and channel this judgmental approach to life.

Breathe. With an e. Smh.

Luckily I just smoke around babies, which isn't in your list.

Littering is a cornerstone of being a proper Cunt

Not my fault they didn't install a bin within arm's reach.

Littering effectively expresses your disinterest in the environment, contempt for social norms, making work for others.

Be sure to purchase on credit, but to behave like you can actually afford the monstrosity.

the real bonus here is that when you're driving such a large car, no one will expect you have a tiny tiny tiny penis.

I'm between a Mini Cooper (cos of all the buttons inside, I just love it) and a large truck. Does that mean I'm average sized?

I'm actually gonna side with Tarantino on this one. Seriously this time. I never understood why waiters can't just be paid like everyone else — by their employer.

I can't even joke about this one. I'm with you.

Never forget, nothing is your fault

Nothing is. What's your point?

Is this the final draft? There's 6 more days to go. Just sayin'.

I'm between a Mini Cooper (cos of all the buttons inside, I just love it) and a large truck. Does that mean I'm average sized?

I guess this depends on if you use the truck for trucking... or mostly for galavanting. A true Cunt would never utilise the 4x4 capacity of their vehicle!

Thanks for this thoughtful and comprehensive guide, a lot of these will take a while to master, but there's a few that I can jump on straight away.

I'm currently trying to master smashing people with complaints that are in no position to leave or punch me, my favourite is check-out chicks, but really anyone trapped in any teller or clerk situation is gold.

You mean UA? Only if used out of context for maximum anoyance!