Alves directs a letter to Neymar

The Frenchman Paris-Saint-Germain's Daniel Alves has sent a hidden message to his native Neymar, the Barcelona side, to try to persuade him to join the Princes' Garden.

Paris Saint-Germain is seeking to pay 222 million euros, the value of the penalty clause, to break Neymar's contract with Barcelona and get his services, and the French press confirmed the player's approval to join the Paris team.

The Catalan newspaper "Sport" that this message may be motivating, or indirectly directed, to Neymar so as not to hesitate in his decision to leave the Catalan club, especially since the players have a strong friendship.

Neymar met Saturday with Giuseppe Maria Bartomio, the president of the Belgrana, to confirm his desire to join Paris Saint-Germain.

The capital's club capitalizes on Brazil's desire to become the first star and will not be so long as it continues under Argentine Lionel Messi, Barcelona's historic scorer.

Neymar joined Barcelona in 2013 from Brazilian Santos, won 10 championships in four seasons and renewed his contract with the Belgrana until 2021. 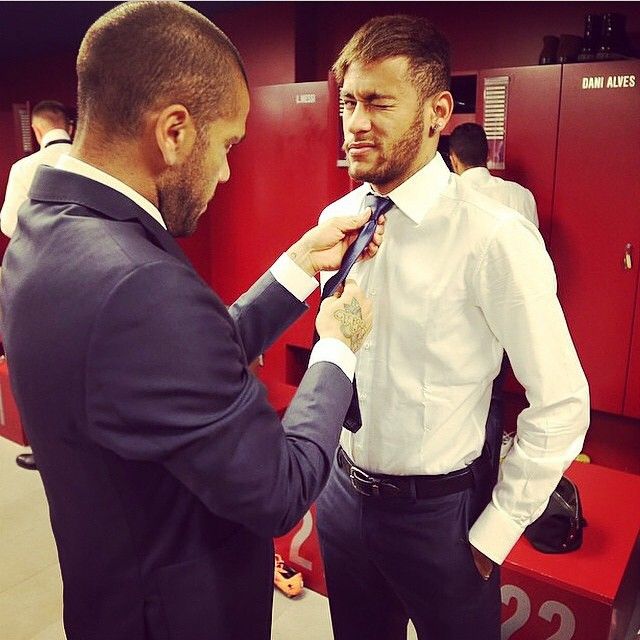 alves directs to neymar
4년 전 by pasti17
$0.00
4 votes
댓글 남기기 0
Authors get paid when people like you upvote their post.If you enjoyed what you read here, create your account today and start earning FREE STEEM!
STEEMKR.COM IS SPONSORED BY