The First Few Weeks Living With Our Hens. Why Didn't I Do This Sooner?

You may already know that I've recently completed one of my personal challenges, which was to have some laying hens to add to our family as expressed here. 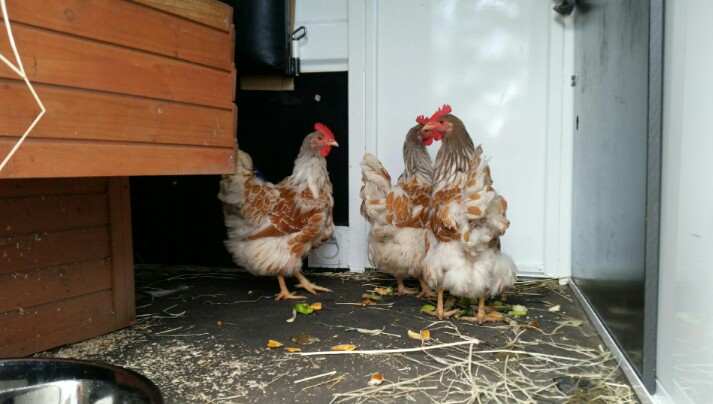 Well we've now had them for a few weeks and during this time they were not laying any eggs. We weren't too worried as our thoughts were that they would have to go through a transitioning time from their previous residence to our place. However recently when they still hadn't produced any eggs we were starting to worry.

We questioned a friend who had chickens and knew a bit more and we discovered that during winter, laying hens will often reduce or even stop completely laying during the colder months. They'll also shed feathers which we've been observing. Much to life is cyclic and this is no exception. Then... on one of our normal morning routines that involves feedin all animals and letting the chickens out to graze, we came across our first egg. Exciting!

Did you know that natural eggs have a biofilm over them which protects them from bacteria and as such, they can be left out un-refrigerated for weeks without spoiling? The washing process used in commercial egg handling removes that layer and hence eggs purchased from the store require refrigeration.

When you do not wash the egg you can apparently keep it on your bench up to 3 months and then still without washing it you can store it in the fridge upside down up to 6 months.. How fascinating, nature really knows what to do. I did a little research on this when first announcing that we were going to get into chickens here. 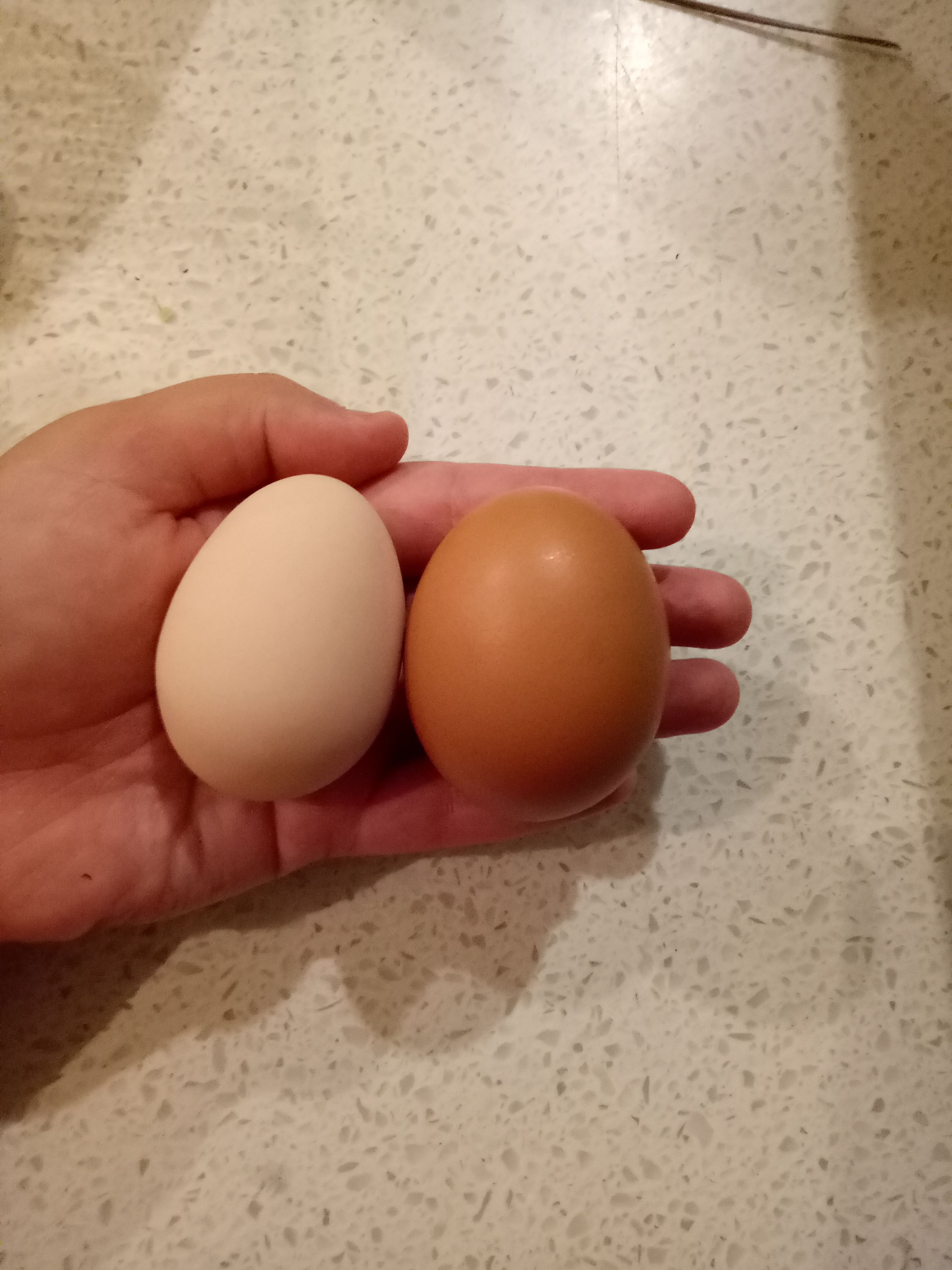 On the left you can see the fresh egg from our chickens, it's a bit smaller than the shop one on the right and it also doesn't have such a round shape as the shop one.

To the taste, it is nearly exactly the same but we found that there is a subtle difference in flavor but we couldn't put our finger on it. We've only eaten them raw so far.

Now since the first egg we have had 2 more and we are so excited each time we look into their bedding hoping for a little extra delight. Something for Easter perhaps.

In other feathered news, we weren't expecting how positive the girls would be for the upkeep around the house pad. It's very rare that you can walk out of your house and remark about how you've got less work to do than you did yesterday! They do a great job of keeping the long grass stalks down (the stuff that the horses eat around) and their rummaging cleans up the weeds that grow in corners or along the edge of cement slabs and the like. The ground ends up looking more manicured. Thank you girls!

They take next to no effort to keep and we were surprised to learn that we don't even need to keep the house pad gates closed. They naturally don't wander far from their base and don't need to be contained in the way that a cat might. I can't believe we didn't pick up some point of lay birds sooner; it's been a remarkably positive experience and I can certainly imagine us getting more in the future.

Maybe something you could try?

animals health life homestead nature
2년 전 by nolnocluap66
$25.13
47 votes
댓글 남기기 9
Authors get paid when people like you upvote their post.If you enjoyed what you read here, create your account today and start earning FREE STEEM!
STEEMKR.COM IS SPONSORED BY

I love the idea of chickens and having fresh chicken eggs to eat. I want to get a variety of chickens and the eggs would be all sorts of awesome colors! Do you plan on using the birds for meat as well?

How do the yolks look in comparison to store bought?

I didn't know that fact about the bio-film. Nature is the best Engineer!

I need a "heart" option like there is on Facebook... a penny upvote isn't going to do so much.

As you now know, chickens are just plain AWESOME! So much fun, so personable. Unfortunately, I can't have any right now - and it will be awhile before that changes, but until then, I'll just have to admire other people's chickens.

Keeping chickens can be addictive! You'll be adding to flock soon.

There is nothing better than fresh eggs from your backyard! They are soooooo much better than the store bought eggs!

Also I had no idea the biofilm was the reason you did not need to refrigerate the eggs! I knew they could be outside for a long time before they needed to be refrigerated but I had no idea why! Thanks for sharing! :)

I learn something new everyday!

Great post! I'm glad your experience has been so positive already with your new birds :)

Spectacular. I love the idea of chickens and having fresh chicken eggs to eat.