So for today’s #make-orbake I have been crafting all day on a new canvas piece of art.

My step daughter sat opposite me doing her paintings and decided to try her hand at the canvas art I was creating too.

So both of us sat and crafted today while the boys played on their computer games. Funnily enough one was playing a space game - Elite Dangerous. The nebulas in the game are absolutely beautiful and I wanted one of my own for the wall so I set to work.

I found the colours I’d like to used and laid them out to see the colours properly. They have to be permanent markers, I believe, for this to work. 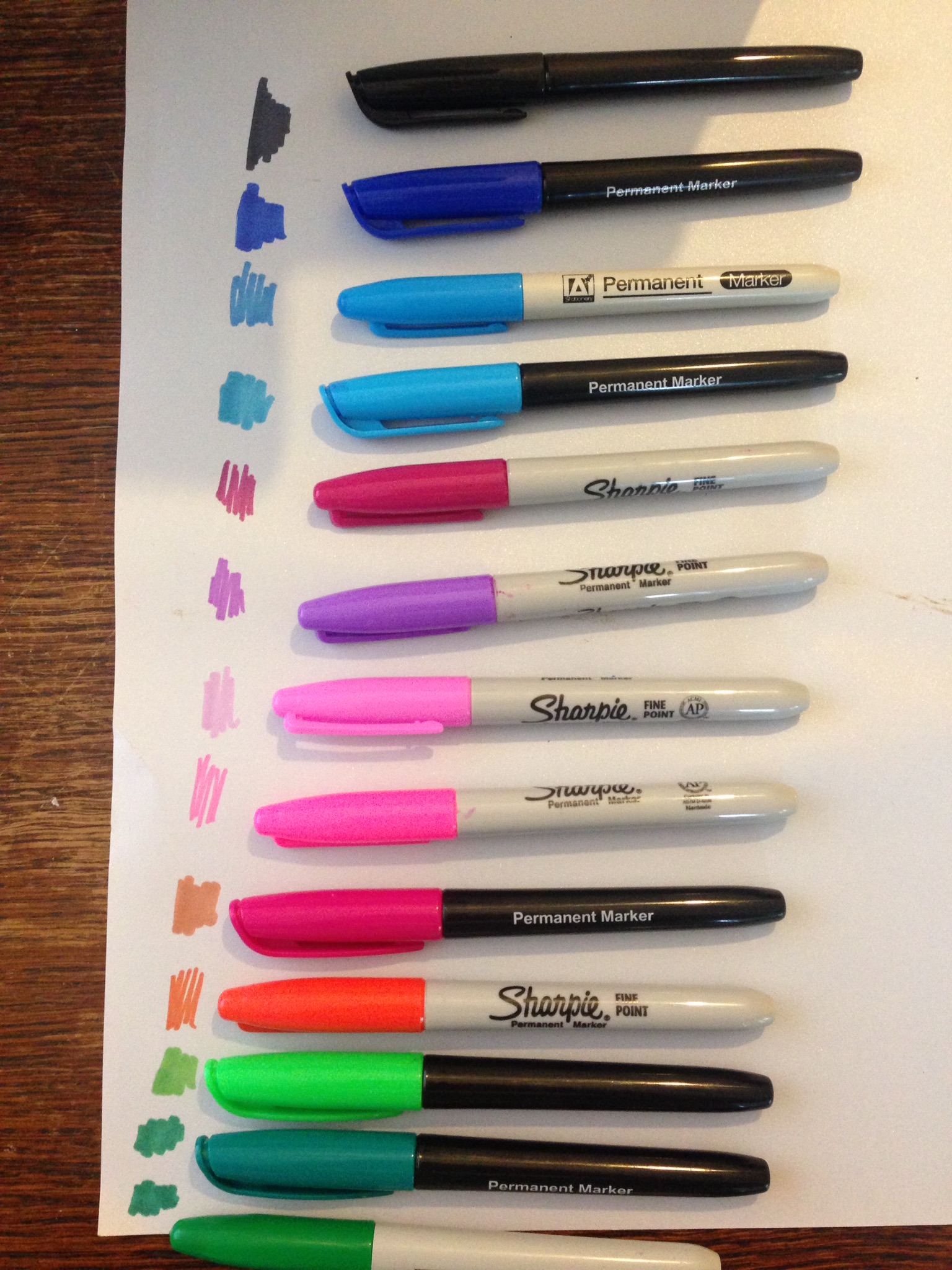 Next I needed surgical spirt and a pipette. And a canvas. I got this with a stand but the stand is in use for a framed friend’s present 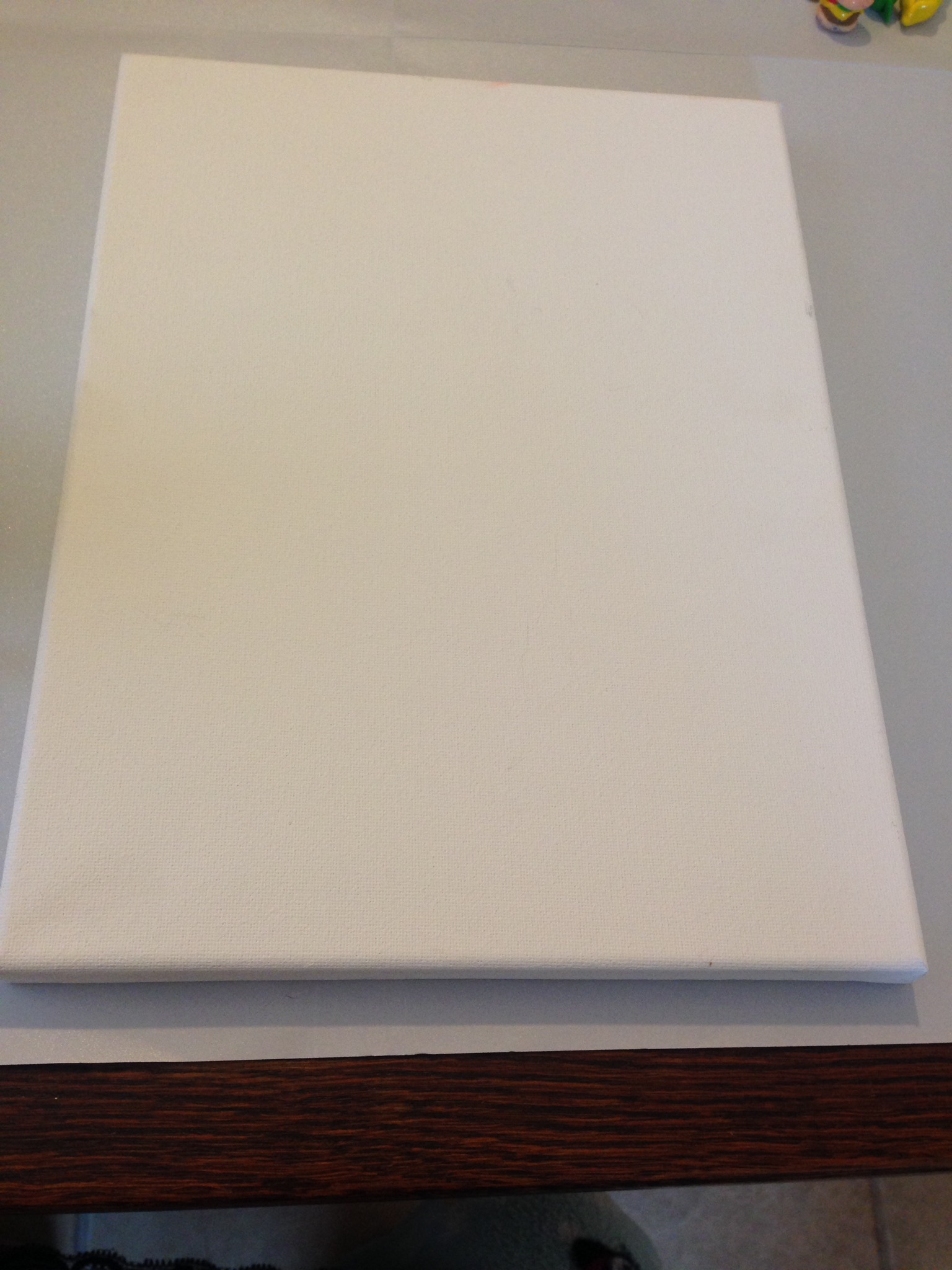 All I did was scribble a few colours onto the canvas but I did it in a diagonal sort of fashion. I built up the picture with blocks of colours. 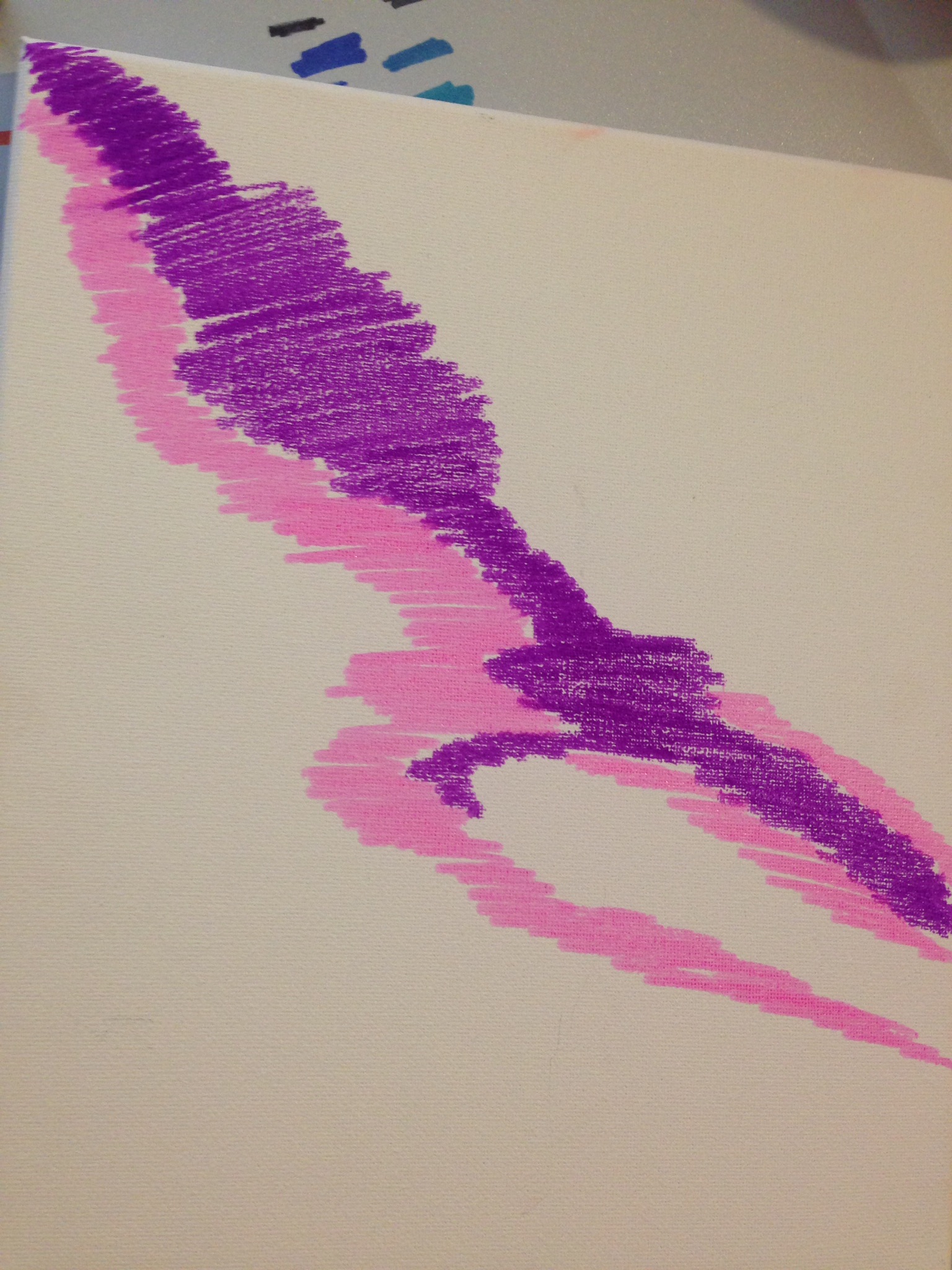 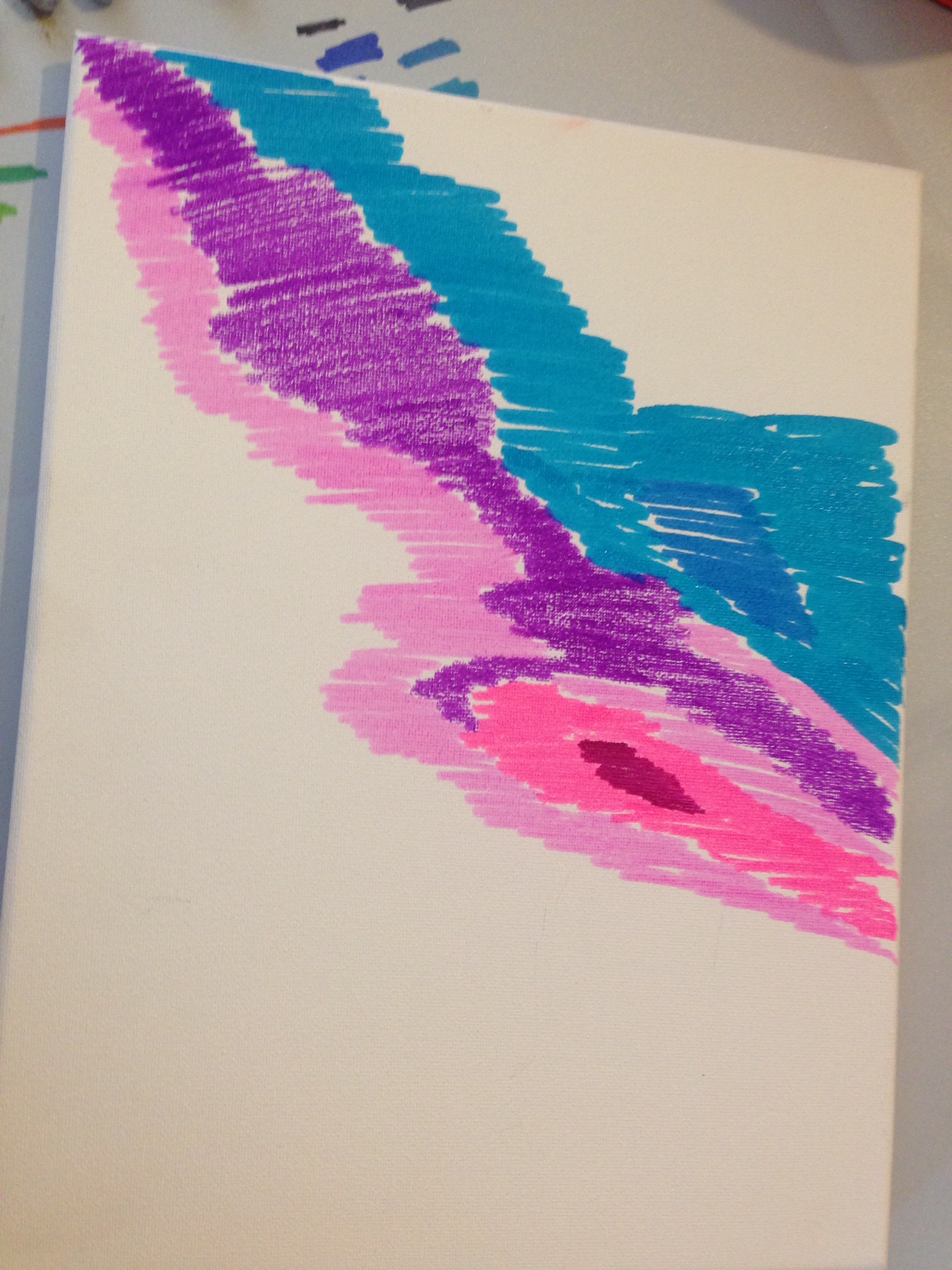 Until all the canvas was covered - this really doesn’t need to be neat its a very messy art piece. 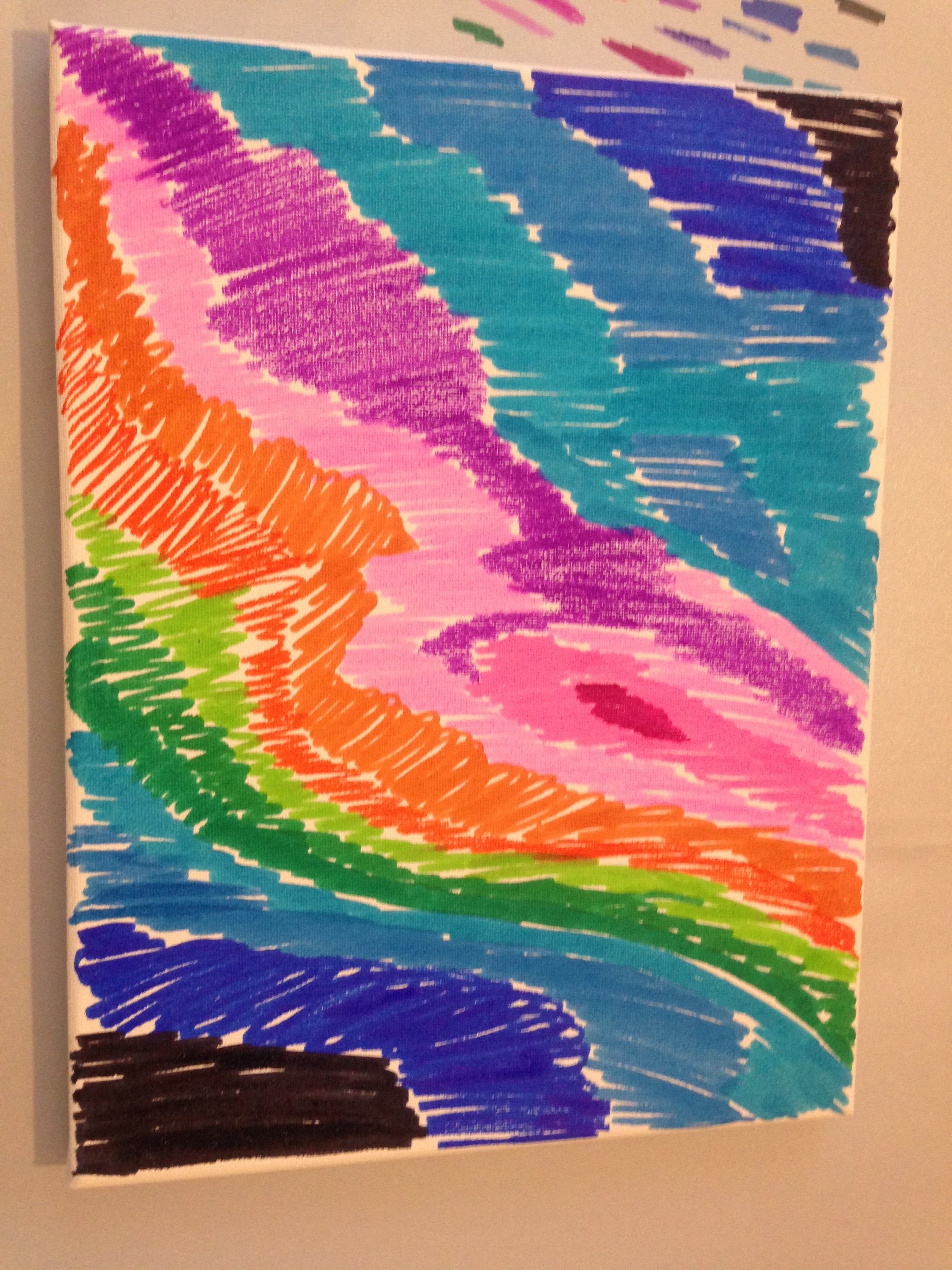 Next I took some surgical spirt with the pipette and dropped it onto the canvas. All over it. I soaked it. It covered the canvas and the table and me but like I said messy. 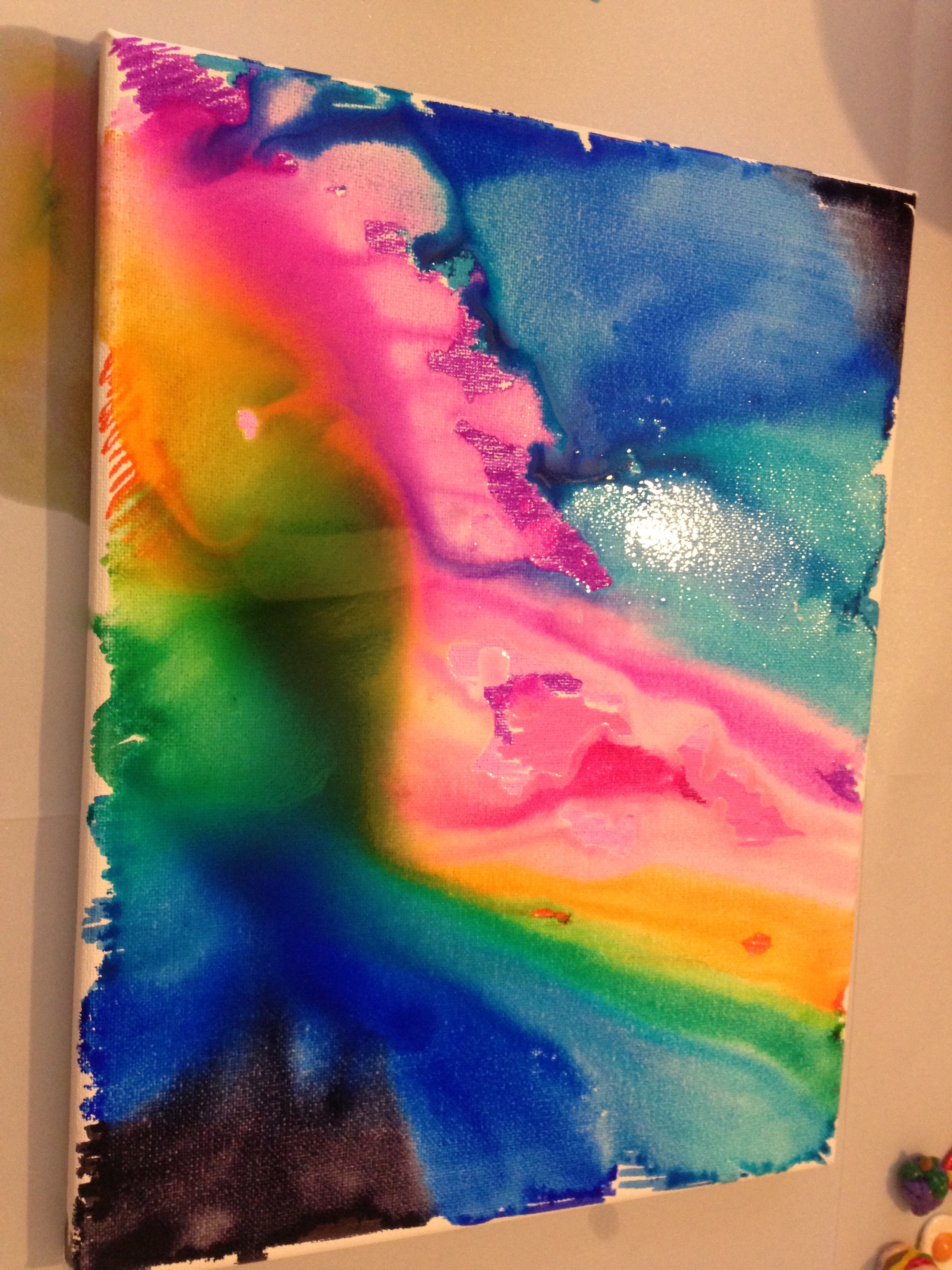 Once I was happy with it I put it to one side.

As I was waiting for the canvas to dry I needed to figure out where I was going to put things.
This particular canvas is about A4 in size and I’m really picky with things so I got a piece of A4 to help me divide the canvas up into the sections I wanted.

I folded the sheet in half and cut. And the made a square for the moon and the other side was folded in half before making another square for the star as I wanted that a little smaller. I then drew an 8 point star and cut that out. In order to get the moon shape I needed a circle and as I don’t have a compas to hand I used a bowl. 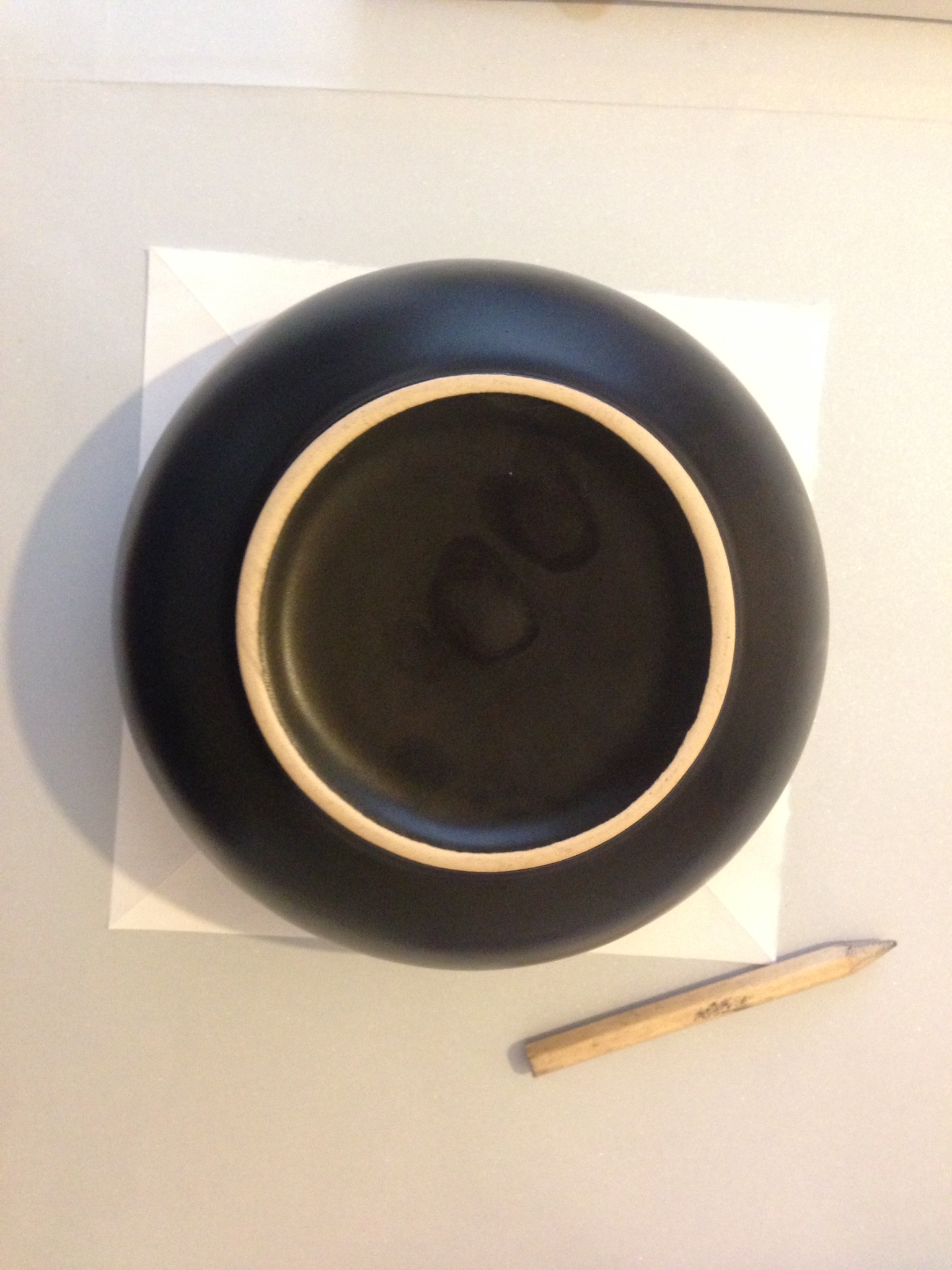 Once I had the circle I needed to fold it so I had evenly spaced lines across the circle. I then numbered it from 0 to what ever it went to but in this case it was 63. I added sparkles to the dry canvas with glitter glue and dots I had from a left over project.
I lay the pieces onto my now dry canvas. The fairy in the corner was used to put a little shimmer around where the wings would end up with a little bit of metallic paint. 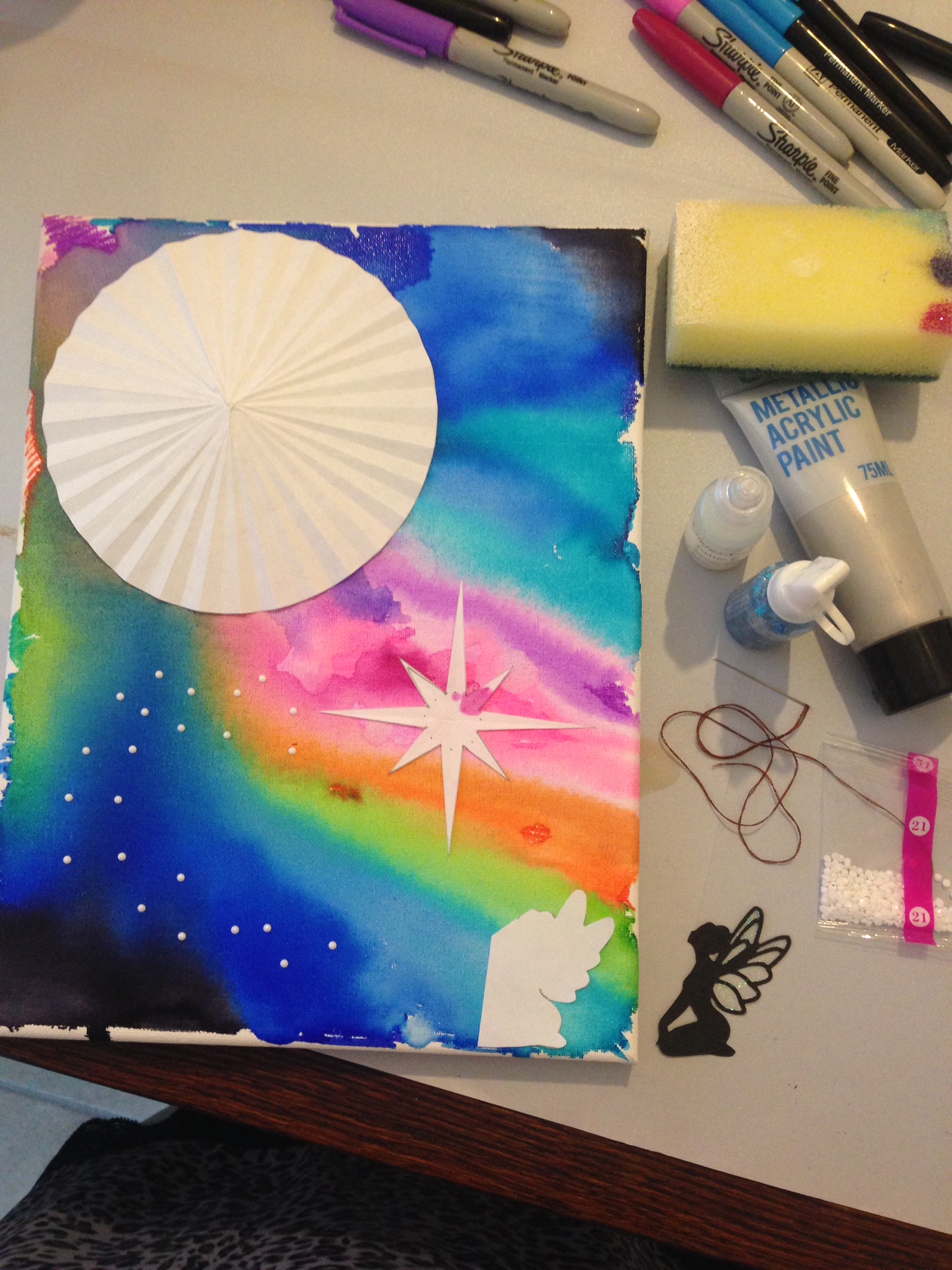 I was going to do a string art onto this canvas by sewing through it but I needed holes for that so I got my pins and stuck them trough the points I wanted. For the star it was at the points and 1cm increments down the folds (where the dots are)
For the moon I needed a pin hole at the lines around the circle from 0 to 63. Once I had finished putting the holes in I threaded my needle with a wonderful thread that glows in the dark so the star is in a yellow glow in the dark thread. I began to sew the star first. 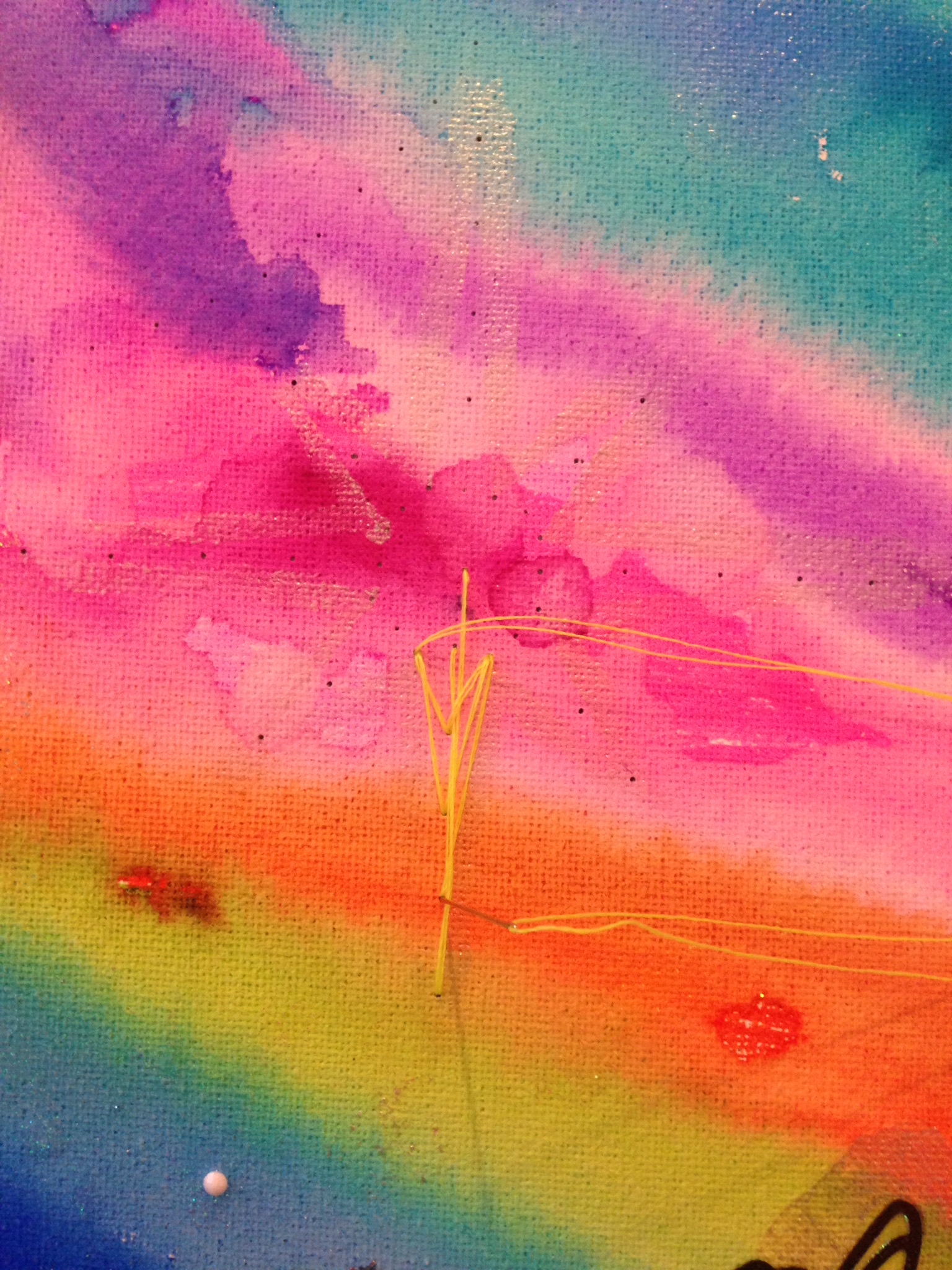 The thread for the moon is also glow in the dark white thread.
The moon is a little complicated I came across this on Pinterest. Yes I probably refer to Pinterest in almost every one of my posts but I love it for the ideas.
So the moon is a cardioid - this particular outcome of the string art was created using the 2 times table. You start at 0 and continue around the circle until you get to use all the numbers at 63 in my case. 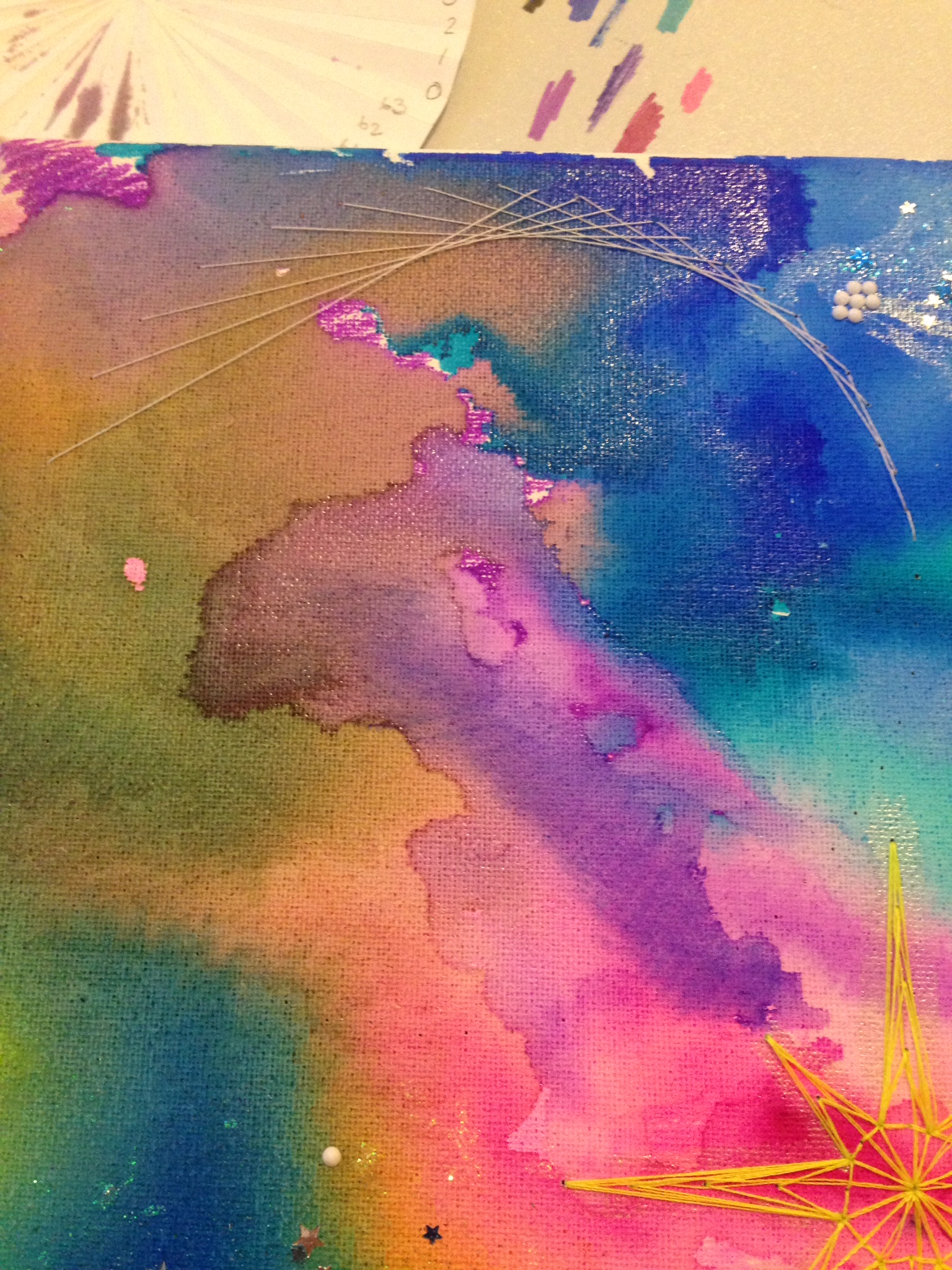 Eventually you get a beautiful cardioid, I think it looks like a crescent moon. I stitched around the edge of the moon to make the moon shape stand out more. I secured the thread I had left loose at the back with clear sellotape. 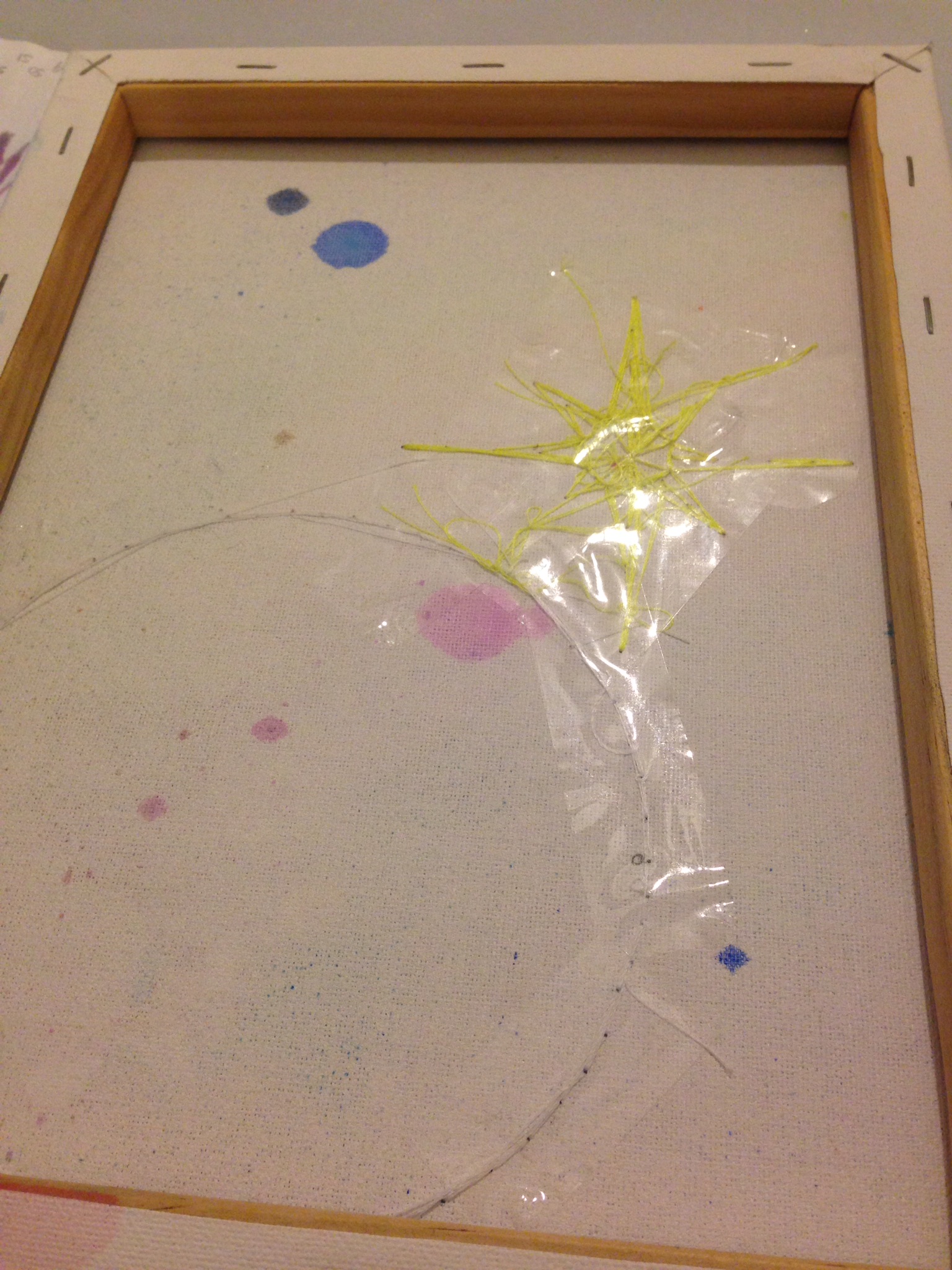 This is my completed nebular picture I really think it came out well and it’ll be joining my little one on our wall at a later date. 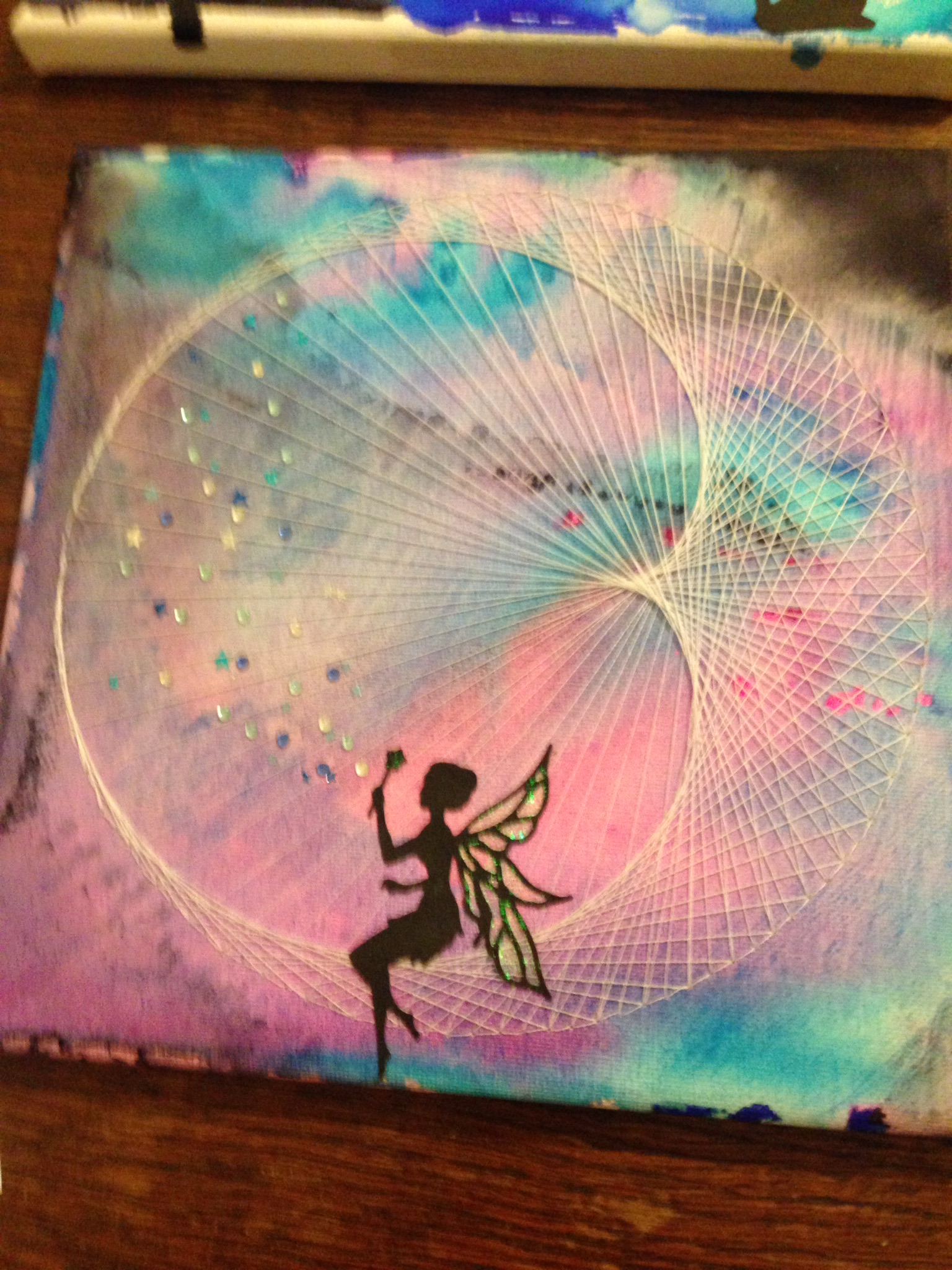 art creativity make-orbake tutorial beautiful
4년 전 by danielles49
$11.68
20 votes
댓글 남기기 14
Authors get paid when people like you upvote their post.If you enjoyed what you read here, create your account today and start earning FREE STEEM!
STEEMKR.COM IS SPONSORED BY

That looks amazing! So beautiful, it really turned out gorgeous. You must take a picture of it at night. I made a nebula mug and I love it, you should do one. That was a pintrest win btw 😝

I got this from Pinterest too so another win :) I will try to get a pic of it at night 😊

This is really creative. I'll admit, I didn't know where you were going with it at the start, but I'm glad I kept on scrolling down cos it turned out great.

This is really beautiful. You are one talented lady!

Oh my goodness, I love this! It's beautiful! You are very talented, and I'm delighted you showed us how you worked this craft. Wow.

I like this post of yours. I like how you not only made it look easy, but more important your post made it look and sound like a fun thing to do, and the finished product, that is just amazing. It has been a long time since I did any string art, and to see it used in this manner, and then the beautiful nebula effect, well suffice it to say I liked it, and I am resteeming it.

Thank you for this comment. Yes it really was fun to do 😊

That's absolutely amazing piece of art. You have put so much heart and soul to make it so classical art. Thank you so much for sharing this beautiful craft.

Wow! It's really amazing and wonderful canvas art work @danielles. I really appreciate your great crafting with canvas. It's looking very attractive and so gorgeous.
Thanks for sharing your wonderful work with us.

Wow! The fairies are great finishing touch. Almost as if the whole art piece was made for them.