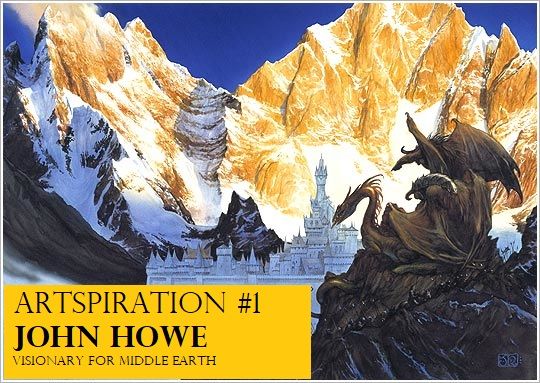 Hey, Steemizens. In celebration of reaching 200 followers and 2 art curations, I thought I'd do a series on the magnificently talented artists that have inspired my art journey. Also, I seriously need to post something other than contest entries cough, cough. Regardless if this series becomes popular or not, I feel I need to make some sort of tribute to the artists that have helped me not to totally forsake art. So here goes.

Before anything else though... For choosing to follow me and supporting my art! Especially to people who proactively leave encouraging comments and thoughtful feedback. For those silent supporters, I appreciate you too! Let's support the arts! Whether you create or just love to look at good art, leave me a comment in any one of my posts and let's chat. I reply to everybody and support aspiring steemians as much as I can in return. I'm still a minnow in every sense, but I am growing and learning everyday with the support of wonderful people here, fellow minnows and whales alike!

Let's not make this just about votes and popularity. Encourage one another to grow.

Now, to the artist and his work... 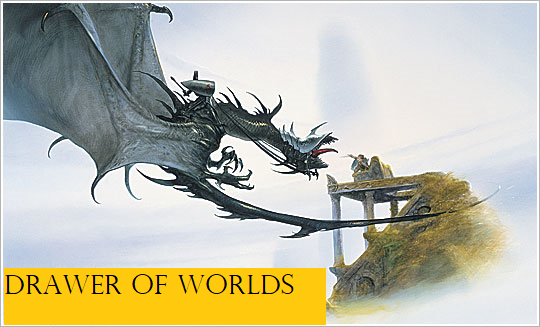 Frodo and the Nazgul by John Howe Gandalf the Grey by John Howe
I've been following his work several years now. Perhaps Mr. Howe is most known for his work as one of the two conceptual artists who literally drew Middle Earth into existence.

If you've been living under a rock for the past two decades, Middle Earth is of course the fictional land where the Lord of the Rings Story takes place.

In fact, long before the year they started working on the movie (circa late 90's), he was already drawing scenes from the books, The Hobbit, Lord of the Rings and The Silmarillion all by author JRR Tolkien, father of Middle Earth.

Many of his artworks, including Gandalf the Grey and Bilbo's Front Hall were made prior to working on the major motion picture. Incidentally, these two artworks were copied almost exactly for the big screen at the request of Peter Jackson. 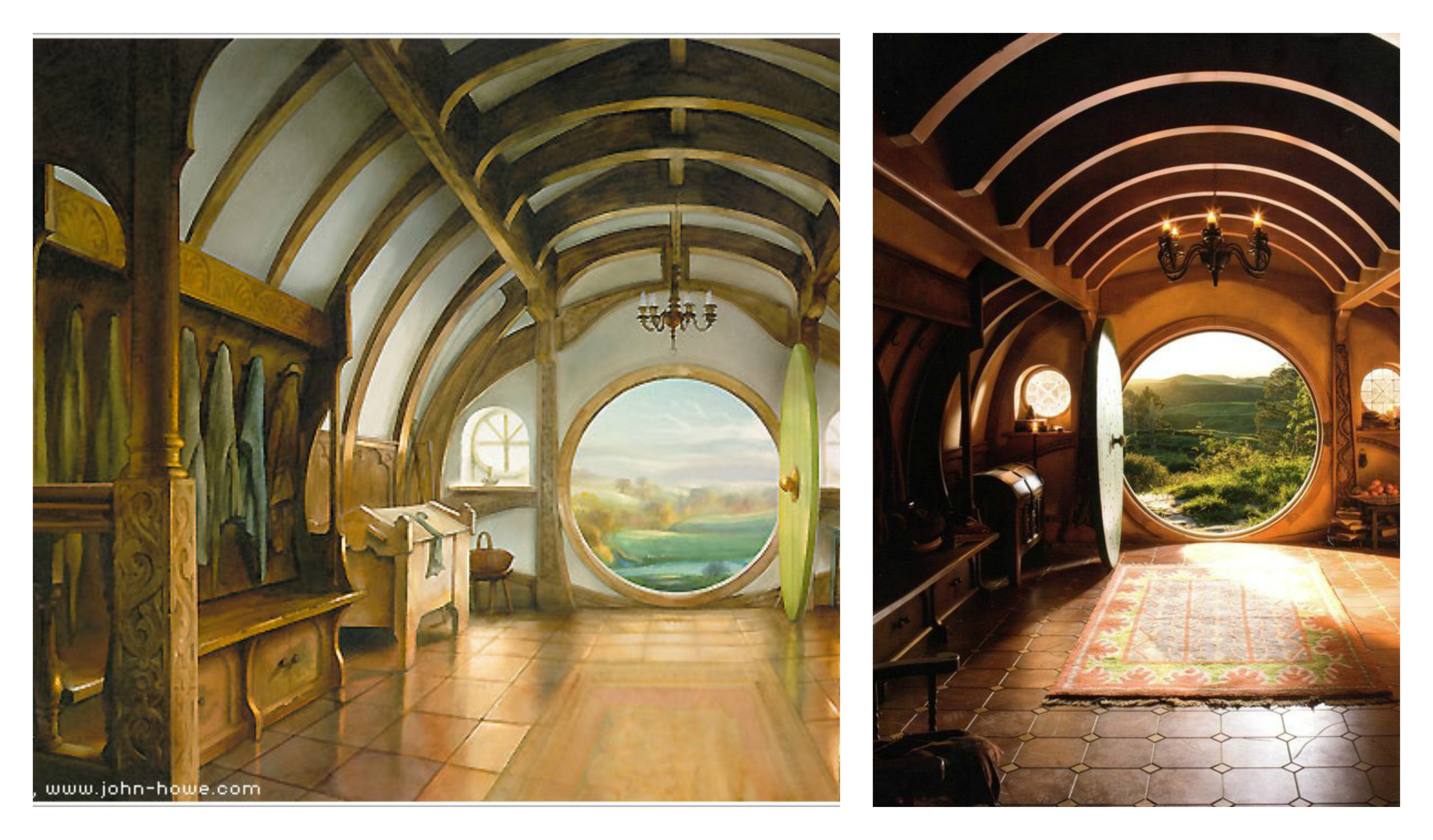 Right: Bilbo's Front Hall by John Howe
Left: Movie still from the Fellowship of the Ring

To the left is his 1995 cover illustration for The Hobbit and on the right is Bilbo's front hall featured in the first Lord of the Rings movie.

Other works of his are illustrations and cover art for many authors. This includes art made for George RR Martin, creator of Game of Thrones. Check out his Castle illustration for Mr. Martin's book, A Clash of Kings. "Castle" and "The White Witch" by John Howe
According to his website, he also made art for The Chronicles of Narnia: The Lion, The Witch and The Wardrobe but I've only managed to find one picture. That of Jadis in her polar bear-drawn sled. It looks exactly like it does in the movie. Another example of how his creativity is just so good, it is translated exactly as it is on the big screen.

Like me, he is powered by, hmmm, let us say generous amounts of coffee while working on his projects. 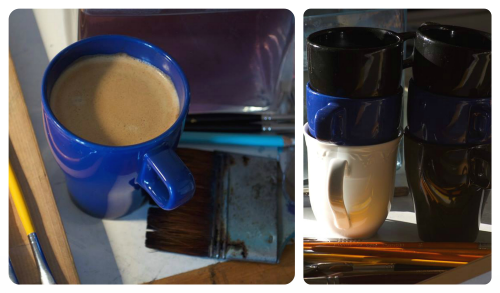 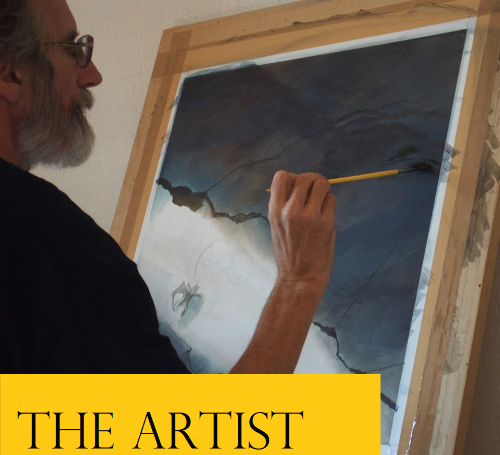 Credits: Facebook, John Howe
John Howe is a Canadian illustrator most notable for his artworks in Fantasy literature. His most prominent project as I've mentioned was as a conceptual artist for The Lord of the Rings and The Hobbit film series.

He still speaks in artist conferences and seminars in various countries. There are also gallery shows of his works.

When not travelling, he resides in Switzerland with his family.

He has a website which archives all of his works, old and new. He writes on art topics every now and again. There is a forum for artists here and Mr. Howe interacts directly with them, discussing topics of interest or otherwise, giving art advice.

You can drop by the forum and chat along. Update: so far I've been too shy to say hi. Ahaha.. Ahem... Moving on. 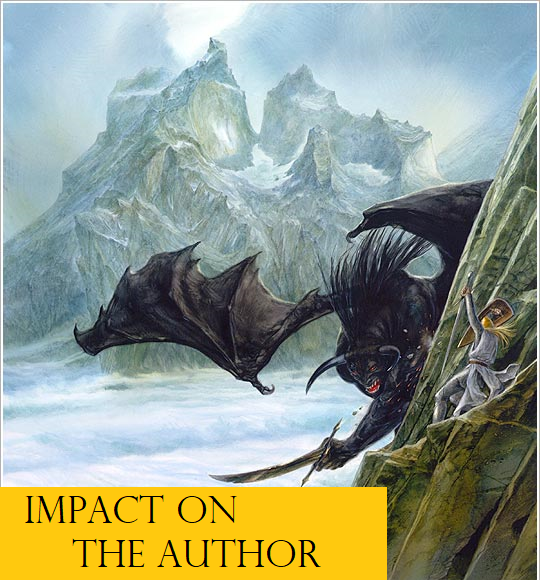 Glorfindel and the Balrog
John Howe

I've been a massive Lord of the Rings fan since I was 9 years old, which is when I saw the first film. Fast forward many years later in my 20's, I discovered he was one of the men who helped conceptualize the images of Middle Earth. His work fuels my inspiration for the things I post on Steemit. For instance, for a contest themed "Mountains," I took inspiration from *Glorfindel and the Balrog*. I had not painted with watercolor for several years and it was only by looking through his drawings of nature that I was motivated to take on the challenge.

I was amazed that I actually completed it, a triumph inspired by his art.

The piece is entitled: The Ravine.

He works with watercolor too and is able to make hyperrealistic paintings. A feat I want to accomplish as well. Here is a picture of his work tools and a piece of his art with it. Just looking at art materials makes me happy. 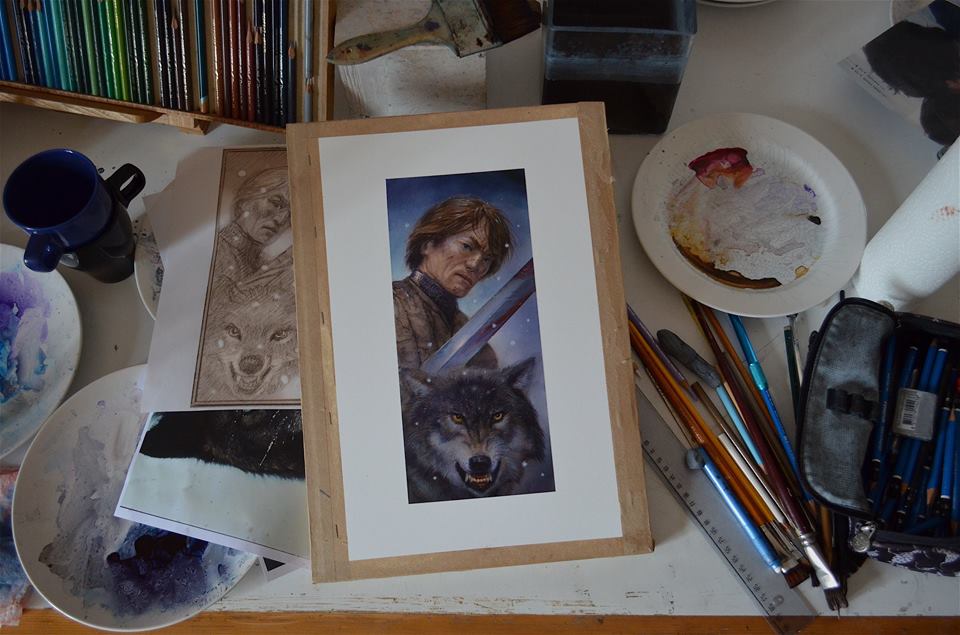 That concludes my first ARTSPIRATION: My Art Heroes article. I hope you were inspired by his works as I certainly have been and am still. I will post another one featuring a different inspirational artist soon.

Do you have an artspiration too? Let me know in the comments below so I can look them up!

All credits for Mr Howe's artwork goes to his website, www.john-howe.com and his facebook page, John Howe
Photo Credit for Fellowship of the Ring movie still is from tumblr here

Doodles by me, @noellesevilla :D

See you next time, 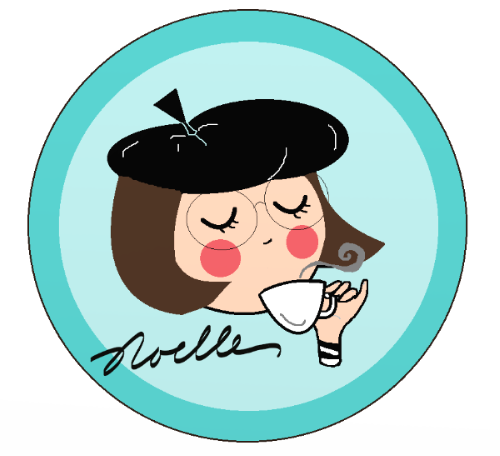 art blog steemitachievers ocd-resteem minnowsupport
2년 전 by noellesevilla53
$1.32
19 votes
댓글 남기기 12
Authors get paid when people like you upvote their post.If you enjoyed what you read here, create your account today and start earning FREE STEEM!
STEEMKR.COM IS SPONSORED BY

He is a very talented artist. Thank you for showing us his work :)

Thank you Dee! I have been itching to do an article about this artist for a long time!

Thank u very much @annie!

Thank you so much sis! The avatar channels my inner artist. I wish i was that cute in real life tho. Hahaha

Awesome post @noellesevilla!! I've got LOTR and Narnia books with his illustrations but never looked into Howard, didn't know he set the standard for how the Middle Earth is represented. Can't wait to read the next artspiration! Upvoted and resteemed :)

Aw, thank you so much!! I will try to do one every week. You're soooo lucky to have some books he illustrated. They're rarely available here in the Philippines (- _-)

Cool! Looking forward to seeing them and reading the interesting thoughts you always put alongside you pictures! :)
Haha well i'd love to make it to the Philippines one day, if I do I'll happily trade some books for some awesome Filipino cooking :D....

Lol sure. I'll ask my mom to do the cooking though because I'm better with a paintbrush than with a spatula. 😂

ARTSPIRATION Part 2 is out just in case you wanna take a look! Haha