One of the things that really fascinated me in Dune was space-travel. It was no easy feat, you could not just hop in a spaceship, start the hyper-drive engines and be on your way like Han Solo would do. In Dune it was a complex thing, with spaceships like huge freighters, that could only be used by the notorious Navigators. These humans took special examinations to prove they were fitting for the job description; then exhausting & hard training, including direct exposure to the melange or spice the life/fuel of the universe.

The long exposure to this drug mutated their bodies, making them grotesque humanoids. The drug also altered their minds, their way of thinking, the synapses in their brains and how they perceived the world. Their addiction to melange forced them to always be contained in a tank filled with melange gas. Ultimately they gained prescience and an altered state of mind, that allowed them to fold space and fascilitate travel in the vastness of space. The Navigators Guild was one of the most powerful political bodies in Dune, similar in power to the Bene Gesserit brotherhood. A scene from David Lynch's 1984 movie adaptation, showing a navigator and his entourage.

This is a fractal rendition of a navigator folding space with the power of his psychedelic-state-of-mind, to reach the destination: 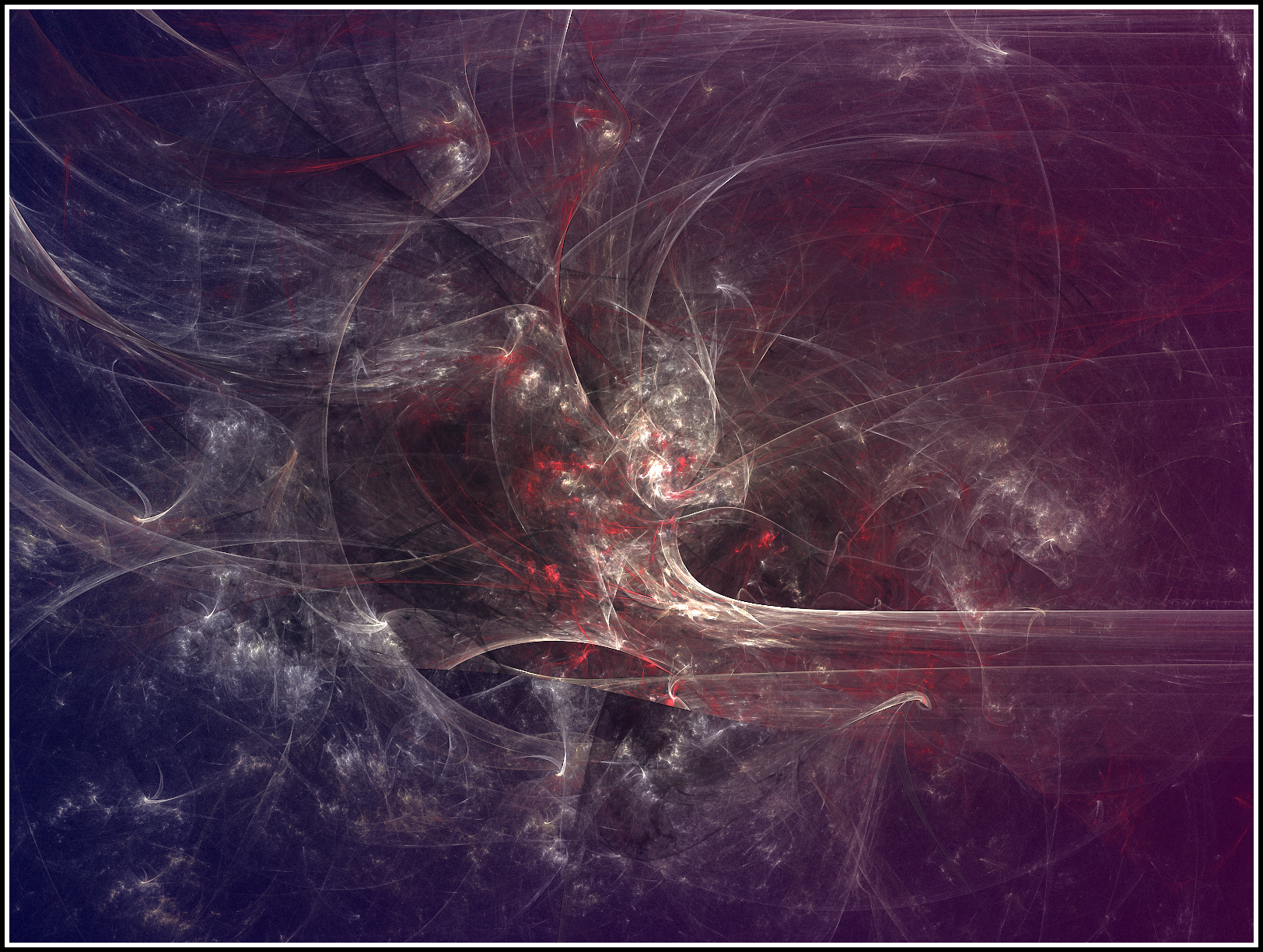 
A fractal made in JWildFire
(right-click -> "open in new tab" for detailed view)
art fractal abstract dune greek-trail
2년 전 by nyarlathotep61
$4.70
18 votes
댓글 남기기 16
Authors get paid when people like you upvote their post.If you enjoyed what you read here, create your account today and start earning FREE STEEM!
STEEMKR.COM IS SPONSORED BY

NIce one. I am actually just now rereading Dune for the Nth time. it is still awesome.

Thanks! I have to read that again some time, too; and then, there are the various sequels & prequels to Dune which I want to check out. I bought Song of Fire & Ice (all 7 volumes) on Black Friday and it seems like they gonna last a looong time.

Read the sequels written by Frank Herbert, especially Messiah and Children. The prequels written by Brian are not really comparable, honestly, and you should only read them if you feel like you're a big fan of the original saga :)

Thanks for the tip, I was under the same impression myself but it is good to hear it from a big fan as well! It is the same more or less with Tolkien and his successors... People wanting to capitalize on the success of a book/film/etc ultimately burn it out with low quality standards.

That's true. That's why some writers expressively forbid others to write books set in their universes (I'm thinking of Zelazny's Amber). I think that Brian just wanted to keep his father's legacy alive, though, and I still haven't read the two books that conclude the saga (hunters and sandworms, if I recall correctly) which should be based on his father's notes, and therefore should contain interesting elements. If you're planning on reading the 6 original books you might want to try and see how it all ends :)

Love the art and the reference, you picked one of my favorite books of all time. It's not really easy to visualize the "folds of space", but your renditions are really cool.

Thank you and I agree, Dune is sci-fi at its best. Fractals have that weird-geometry-thing going, they are well suited to depict such abstract concepts.

Dune reference for the win, and those reds within the fractal are AMAZING. I'm on the third book now, but only a few pages in. How many total are there?

I think Dune is one of the best and most underutilized sci fi worlds out there, I made the mistake of reading it first when I was in like 5th grade, and it's seeped into most of my creative work ever since haha.

I have another comic that I really like called "City Of Dis" (only written, no art yet). It took me over a year to realize that people in my story taking the drug/fuel source "Aether" and it turning their eyes blue was literally straight back from Dune haha.

I never got around to reading Dune. I did watch the movie, maybe that's what happened. I read that Denis Villeneuve might take a shot at it.

Lynch's movie has a dreamy feeling, which I find very artistic. Villeneuve is a good director, but there is always something missing in his films, like he can't make a proper climax; Enemy is his best film yet, in my opinion. I'd like to see his version of Dune, though, as long as there is less of this continuous music like in Bladerunner 2049 (which would be a great film if it was 30' shorter and a bit more fast-paced).

I did like Lunch's film even though it somehow felt a bit poor, compared to the artistic vision of what Jodorowsky and his band of great artists and designers made. I remember sitting with a large book I found in the public library with large colour-plates by H. R. Giger, Chris Foss, and Moebius - Crazy hippie fantasm contra Lynch's psychological punk. But I like your observation about the dreamlike quality in Lynch's Dune.

Yes, that bunch of people gathered for Jodorowsky's Dune was the elite of the period. It was like it sparked up a revolution in the way sci-fi films were made: it inspired or directly pushed the production of great movies, like Star Wars, Alien, etc. I wish there was a way to see that film as Jodorowsky envisioned it, 12 hours with Dali, Carandine, Mick Jagger, sets by Giger and music by Pink Floyd. It would be the Holy Grail of sci-fi cinema!

I guess you know it already, but I'll give this link for anyone interested in a documentary about this great unfinished project: Jodorowsky's Dune

I do know about the documentary, but I actually never saw it. I hope to have some time for leisurely things soon.

I have decided that you should have those 5 deranged coins so when you have time for a comment also can accompany it with a coin:

I Followed you.If you follow me, I'll be happy.Thanks :)