I love Indonesian art and spent zillion of hours in Pak Wayan's galleries, finding his treasures. It feels like travelling.......

I named this stunning Timorese figure from the onARTBali collection, "The Primitive Man with Horns", aprox. 20 cm long and is for sure one of my favourite artefacts in Pak Wayan's collection in Bali. Primitive is related to the word prime, and the root of both words is primus, which is Latin for "first." Since the phrase "primitive man" refers to the world's first people, you might think that the word primate has something to do with the similarity between early humans and monkeys, but it doesn't. I couldn't find out much about it but will tell you a little bit about Timor, the region where Pak Wayan got it from and also about Timorese culture.

Maybe I love the mystery about it so much.

I found this very nice article, you should read HERE if you are interested in Timorese Culture & Traditions.

Amongst the 700,000 population of West Timor are some clever and talented artisans still working in the traditional methods with little more than a machete and a small knife. In a land where there is little opportunity to earn additional income the crafts of Timor serve a dual purpose: of helping to preserve cultural integrity and providing artists with creative outlet; and supplementing income. Source The complet photogallery of artefacts for sale you can find HERE

Today, with virtually no outside influences, statues, masks, and indeed all Timorese handcraft, have evolved to be quite distinctly Timorese. Some similarities may be drawn with Papua New Guinean statues and even Nepalese masks, yet you can be assured that the style has been created by the carvers themselves. The lack of modern equipment is one of the reasons the ancestral figure work is still present. As a means of honouring the departed, a statue would be carved and usually kept in the false roof of the lopo. It is brought out to re-tell stories and remember. Similarly guardian spirits, ancestor figures or totemic spirits are captured in wood for posterity. The tradition of carving has been continued and is practiced by males exclusively. The carvers work with wood (teak, red cedarwood, eucalyptus and palmwood), bamboo, coconut shell, gourds, bone and fossilised coral. - Source

I will tell you more about our masks from Timor soon. The earliest historical record about Timor Island dates of around 14th Century.
It was identified by the Javanese as Timur, as an Island within the Majapahit’s realm.
The Majapahit Era dates from 1293 to 1500’s. And was the largest Kingdom of Indonesia, and consisted of Java, Sumatra, Bali, Timor and Malaya.

READ ON my website onartbali and in below articles, where you can also download my brochure and know more about the project, stories behind. I am open for help, funding this project, creating a wonderful table book and documentary, travelling with Pak Wayan again to all places where he collected his treasures, telling about his journeys through Indonesia in those past 60 years.

I created @onartbali on steemit but unfortunately lost my keys. artefacts indonesia steemit-austria busy sndbox
2년 전 by mammasitta70
$30.95
113 votes
댓글 남기기 56
Authors get paid when people like you upvote their post.If you enjoyed what you read here, create your account today and start earning FREE STEEM!
STEEMKR.COM IS SPONSORED BY

nice article :), i collect some old statue from papua,java and other places and it similar like this statue ,#Indonesia history is very old ,it proven by the discovery of old ancient Pyramid called Gunung ( Mountain ) Padang ( Bright ) which archaeologist predicted this Pyramid is 100 bigger than Pyramid of Giza in Egypt,in this Pyramid Called Gunung Padang we will find the old stone which created a sound and the stone itself is not an ordinary stone,until now the research of this Pyramid is not finish yet,because the government of Indonesia didn't want to blow up this Pyramid into media ,and some people say there is a lot of treasure on this pyramid,so #Indonesia #story and history is still interesting to observe,like one of this #artefacts statue ;)

Every home.. Every heart.. Every feeling
Every moment Of happiness is incomplete without women
Only women can complete this world.
Women are the epitome of courage, hope, and life
Women have always stood beside us like a rock
Women are our greatest supporter and have always inspired us.
Let us take a pledge this Women's Day
To make the world a much better place for them
Gentlemen don’t be old fashion with flowers.
Buy Women Cryptos
Happy Women's Day. @mammasitta mam...

Thanks so much @senu

This comment put a big smile on my face, especially on this article about "Primitive men with horns" :)

I am compelled to say that in antique times people used to breed with animal that were close to their livelihood like goats, cows, sheeps etc...also horses from which the Greeks has a mythological god about a man half human half horse ...can't remember his name but Greek mythology isn't that mythological after all :D

I fotgot the Egyptian mythology too...the dog headed priest, the sphinks etc... all came from actual breeds with animals and not from merely imagination
In Arabia and long before the coming of religions or in other words long before there were rules about how to live men and women used to declare publicly that they are getting married to a goat or a camel or whatever their affection was at the moment
hahaha crazy if you think about it now but then it was as normal as walking in the park ;)

This makes total sense and somehow this little Man resembles a goat indeed....hmmmm....Could be ...

Woody Allen’s movie jumps in my mind as well” everything what you need to know about sex” where some guy fell in love with his goat or sheep . Hahhaa!

Here is your “Centaur”

Crazyyyy ....it seems there are more and more of those creatures breeding again.
Don’t get me wrong! I love animals more than some “humans” sometimes 🙈but the mix is kind of dangerous.
Alexander the Great reportet already to Aristotle about „dog headed“ men.
Close your eyes for a moment and imagine those bankers and wacky politicians. They start looking worse and worse. Haaaaa Maybe it’s just my imagination about a lot of “Anubis“ taking over our planet..... 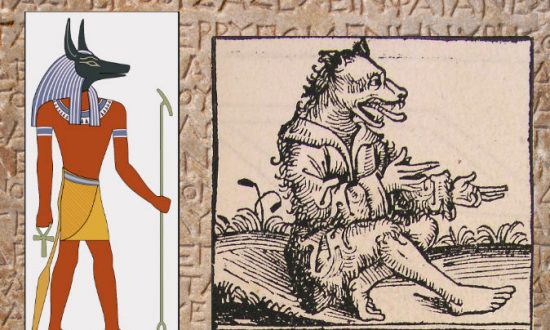 Did this ever existed?
The primitive man.
Long ago in school days, we were taught about the primitive man in biology classes, describing how horrifying he had looked and how he had evolved. Its usually the most interactive section in class then, memories awakened.

I just replied above :)

Don't do this please! I have to flag otherwise....This is not a valuable comment

Wonderful mom, I see that Indonesia and its culture have a lot of influence on you. I hope you can get someone to help you develop the beautiful project you have in mind. Receive an affectionate hug. Best regards.

16 years influenced me big time that I feel a Bit Lost back in Europe as far as mentality goes. I am tinted by so many different cultures indeed. I might have to find another planet or maybe better utopia

If you have been influenced for 16 years, then you are already part of it and it is normal that you feel that way, because you have surely lived beautiful experiences that you compare with the European mentality. You do not need another planet, you just need to enjoy what you do, your daughter, the culture of Indonesia and everything that makes you happy, although I do not know if it is so simple for you. Do not stop writing, many appreciate what you do. Best regards, wonderful mother.

I am blushing right now :)

Wow, it's really pleasure to watch the artifacts of possibly the human beings first races and it's really amazing to see that our world have really rich histories and it amaze me how advanced our ancient races were because if we see something epic or whatever epic architectural structures all over the world are created by the ancient races and they were reflect as great artist and highly intellectual. Thanks for sharing this historical post with us and wishing you an great day. Stay blessed. 🙂

I am still learning and study a lot about various cultures, especially indonesian.

I am just fascinated because those typ of artefacts show us how we might have looked?

Yes, artifacts are key to understand all aspects related to ancient living, culture and intellectual richness. Keepup your learning and research and keep exploring. 🙂

wow. thats rel art.
resteemed.
thanks for all the details.
beautiful style. nice

You are a culture women and tolerance, i love your post mammsitta.

I enjoy reading these kind of posts. Upvoted and resteemed.

I will wait for posts about masks, it has always been interesting how they are done and what they mean. an interesting statuette, although it seems simple but it was not so easy to do it, I suppose.

Such an amazing post.Happy womens day.btw did you remember me.hope i wish that we will meet in bali.

It is a very strange and curious figure, it looks like a goat. On the other hand, the truth has never heard about the Timorese, they have a nice culture that is worth supporting, hopefully you can recover that project and so we can contribute a grain of sand. Greetings.

Interesting that you see a goat. Read the first comment :) on this page

My upvote is small, but you've got it,my friend. If you need any assistance regard the logo you have contact me! I will see what i can do. I don't want money just want to help. Please checkout my animation videos if you have time. I'm the only one animator on dtube! Thank you.

Thats awesome to know....Thanks much but I got a logo if you look all the way down.

Yes dear i saw it! It's very cool! But if you need any help regarding graphic design contact me. Thanks

sounds good because I have no system for my footers :)

Check The Daily spotlights of 6 March 2018! You missed one? ----> #dailyspotlights
Your quality post caught my attention and I hope you benefit from my resteem. My followers have a refined appreciation for quality art. You might also enjoy my curated collection. To see the quality posts I have curated via resteem, see my blog @pixresteemer. If you want to know more about me and my mission, please check my introduction.
$0.02
1 vote
댓글 남기기
[-]
vander60  ·  2년 전

Magical. Thanks for sharing. I find it really intriguing, such an unique style.

This is called the heart of black

the things i read and see on peoples blog. this is awesome

Thats really very kind of you to say!

Such a unique piece indeed!

Such an amazing post.life is incomplete with women.happy womens day. 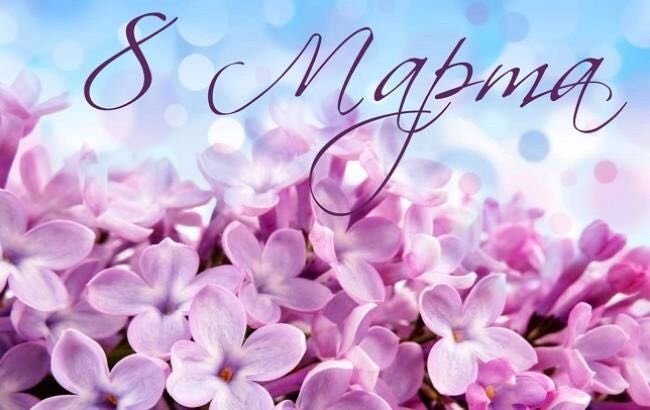 interesting to know about it looks great something unique

That’s what you feel looking at this figure? It’s a hero statue? Hmmmm....you are even afraid? Really?

Hello. I liked your post, keep it up. Good luck :)

How could @demix you read this in 33 seconds :) but thanks anyways

You are right Indonesian art privately and Asian art as a whole are great they appreciate the details and these stuff. I advise you to take a look at the Arabic art too

My upvote is small, but you've got it,my friend. If you need any assistance regard the logo you have contact me! I will see what i can do. I don't want money just want to help Upvote and resteemed sir