The blue peacock or the Indian Peacock, which in its scientific name Pavo cristatus is one of the birds of three peacock species. The blue peacock has a shiny dark blue feather. Large adult male, length can reach 230 cm, with a very long tail cover metallic green. Above his head there is a blue crested upwards forming a fan. The female bird is smaller than the male bird. The feathers are not shiny, greenish-brown with black stripes and without the feathery tail cover. Young birds like females. Blue Peacock populations are spread over open forests with grasslands in India, Pakistan, Sri Lanka, Nepal and Bhutan. Previously this species was also found in Bangladesh, but is now most likely extinct there.

The male peacock is a polygamous species, having multiple pairs. In the breeding season, the male birds show off its tail feathers in front of the female bird. Tail-tail feathers are opened to form a fan with blue eye-shaped spots. Female birds usually incubate three to six eggs. 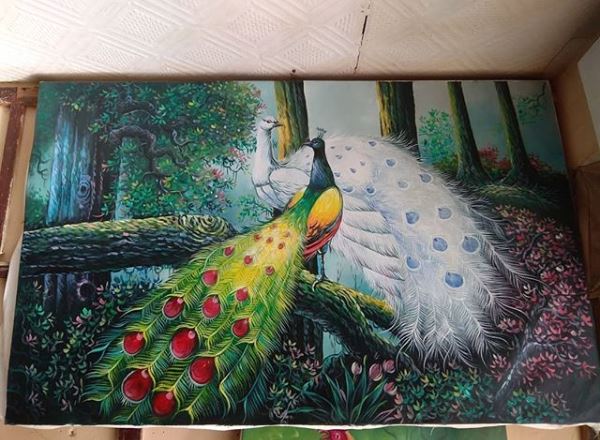 The Blue Peacock feed consists of various grains, shoots of grass and leaves, various insects, as well as various types of small animals such as worms, spiders and small lizards. The blue peacock is the national bird of the Indian state. This species also plays an important role in Buddhist mythology, Hinduism and other cultures.

artzone art steemitpost philippines animals
3년 전 by cekdistell33
$0.47
6 votes
댓글 남기기 1
Authors get paid when people like you upvote their post.If you enjoyed what you read here, create your account today and start earning FREE STEEM!
STEEMKR.COM IS SPONSORED BY

Congratulations! This post has been upvoted from the communal account, @minnowsupport, by cekdistell from the Minnow Support Project. It's a witness project run by aggroed, ausbitbank, teamsteem, theprophet0, someguy123, neoxian, followbtcnews, and netuoso. The goal is to help Steemit grow by supporting Minnows. Please find us at the Peace, Abundance, and Liberty Network (PALnet) Discord Channel. It's a completely public and open space to all members of the Steemit community who voluntarily choose to be there.