My first experience of this kind was after Anarchapulco 2017 and I clearly recall that, as I was coming out of the direct physical and mental effects, I was glad to have indulged my curiousity but I wasn't keen to do it again. However, as the sky lightened and the effects became ever more distant echos I realised that I could happily do the same thing again that night. It was a beautiful ceremony and I must have suspected I'd only gotten a hint of what it was all about.

Much later in 2017 I had my first and second direct, strong tastes of cannabis. The first was fun - if not exactly what I might have expected. The second was much stronger and drastically perception altering which left me wanting to avoid another. What I didn't realise until quite a bit later was that it had also nuked any further curiousity I had for Ayahuasca...

So, I had a few doubts to get over before I finally got on-board with the idea of attending the first Ayahuasca retreat at Bambuddha organised by Macey Tomlin.

But those doubts are well and truly in the past and I have a new-found respect for Macey - this young lady's plan for an optimal Ayahuasca experience was very well thought out.

It was also challenging... The first two days were just spent soaking into the environment of Bambuddha and getting to know everyone as some came in from further away. Our host, Vistara, offered early morning Yoga sessions although I excused myself from those at first. During the afternoon of the second day we were invited out to the beach to release some newly hatched turtles. But the next day it was down to business - we had a Kambo ceremony to achieve a fairly deep and rapid purge and cleanse in addition to the dietary recommendations we'd been given for the time leading up to the retreat.

Despite its mainstream origin, I still recommend this video as a reasonably balanced and fair introduction to what this is: ABC News report on Kambo

Dr Alex Pardhy was our Kambo practicioner and her technique is quite refined. There was a morning and afternoon session for this and I was part of the morning group. Our places had been set out for us in a comfortable covered area and we each had a ten litre container of water and a large cup - and a bucket. I managed to drink about five litres of water without a great deal of difficulty before Dr Alex had finished her introduction to the ceremony, at which point we all shared our intentions and were then ready for her to give us each a small burn to break the surface of our skin before she applied this Amazonian frog toxin. I scarcely felt the burn. We had each gone to sit in front of Dr Alex for these but then she came to each of us to apply the toxin so that she could gauge from that initial reaction how much more each of us should recieve. I felt the initial effects quite quickly - that tiny burn immediately started to feel like a proper burn and my pulse quickened soon after. I could feel something like a mild headache but I was more focused on other physical effects - particularly starting to sweat all over. I felt the need to go to the toilet but it took me a little while to summon the will to speak up and get Macey to walk me out. I took my time and perhaps even began to recover a little before returning.

Dr Alex had been keeping an eye on each of us and she recommended that I allow her to give me a total of five of these little burns for her to apply the frog toxin. Again, the same effects came on quite quickly, except for having to go to the toilet, but this time I began to throw up all that water. Dr Alex wanted us all to keep drinking once the initial purging subsided. This took quite a lot of will power on my part - I think I only managed one more cup. I also found it difficult to continue to sit up straight and breathe deeply as we'd all been asked to do throughout the ceremony. Dr Alex helped me and she knew there was something I still needed to purge. I made myself give up that last cup of water and there was a little more to it than just water this time. Dr Alex seemed satisfied and I was allowed to relax while she attended to others. During all of this she had been singing ceremonial Kambo songs and playing soothing music.

It took me a little while longer to completely bounce back but when lunch time arrived I had a remarkable appetite. Speaking of lunch, our meals were all part of this retreat and they were also tailored to keep our bodies cleansed. During our time there, many different vegetarian dishes were served and the meals always brought us even closer together to talk and enjoy each other's company.

The following day Vistara, who did the Kambo ceremony with us, lead us in a Temazcal ceremony. This is inspired from an Aztec practice that bears some similarity to a sauna. This ceremony integrated the earth-air-fire-water theme and was done in four stages. We started with a walking ceremony while Vistara explained and chanted then she led us out to totally cover ourselves in a black clay collected from a nearby lagoon. We then made an offering of fruit and buried it in a pit dug in the sand. Then some more walking and chanting around a fire and pausing to acknowledge the setting Sun before heading to the sweat lodge. The day had been typically quite warm but the heat in the small, dark enclosed area was at first pleasant - in its own way. I didn't realise how much I was sweating until Vistara told us to touch certain areas of our bodies - the clay had completely dried before we went in but was now even wetter than it had started. There is absolutely an endurance element to this ceremony and discomfort to be overcome.

I was very glad to be let out to stand up in the fresh air and lean my head against a coconut palm. We made our way toward the beach and the deliciously cool wet sand. Vistara got us onto our bellies to crawl and even slither as best we could into the water - which was even more welcome than I imagined (I have an aversion to the beach...). The cool water was very refreshing but this ceremony was quite a ways from being finished. Back inside the Temazcal, the second and third parts of the ceremony would have been run together into an even more demanding act of endurance but, once again, I didn't manage to sit and breathe correctly and I made my own way out - having to carefully excuse myself past each person in the complete darkness of this enclosed heat room. Everyone followed me soon enough and we went down to the beach again.

Returning again for the next part of the ceremony we were each given a generous handful of basil. The smell of this helped encourage deeper breathing and prolonged endurance. Again, intentions were shared and after another break to the water we arrived at the last part of the ceremony and this time we were given a piece of fruit to smell and taste - but also squeeze onto ourselves. Once more, I'll point out that I typically have a strong aversion to having anything sticky on my skin or in my hair - but this was a personal rule breaking kind of experience and I went right along with it. The final walk to the beach and opportunity to enjoy the cool ocean water for as long as we wanted had a particular sense of freedom and relief.

As you might expect, all this extra sweating aided with the cleansing and whole-body flush that had begun with Kambo and, now that I think about it, I couldn't say which of those two were more demanding. They were both intense experiences. Although I will add that, for me, the Temazcal was the more bonding, shared experience. During one of my walks out into the waves I allowed the metaphor of the ceremony to extend to the ocean and as larger waves came toward me I thought of them as life's challenges to overcome or be overwhelmed by. I noticed how I could be swept off my feet or just pushed back a little and how tempting it was just to let the wave have its way as the strength was still largely sapped from me.

The first Ayahuasca ceremony wouldn't be until the late afternoon of the following day and in the mean time our Shaman and his wife arrived - Remi and Ashley. Meeting them and their willingness to just hang out and get to know us was a great pleasure. They were so willing to share their knowledge and experience and they immediately became part of the clan.

At this point I still wasn't participating in the Yoga sessions. Sweating has bothered me for a long time and, even without Yoga, I was sweating so much more freely after the cleansing of the previous days. There was definitely an air of anticipation for that evening's Ayahuasca ceremony and I decided that a light breakfast was sufficient for the rest of the day... 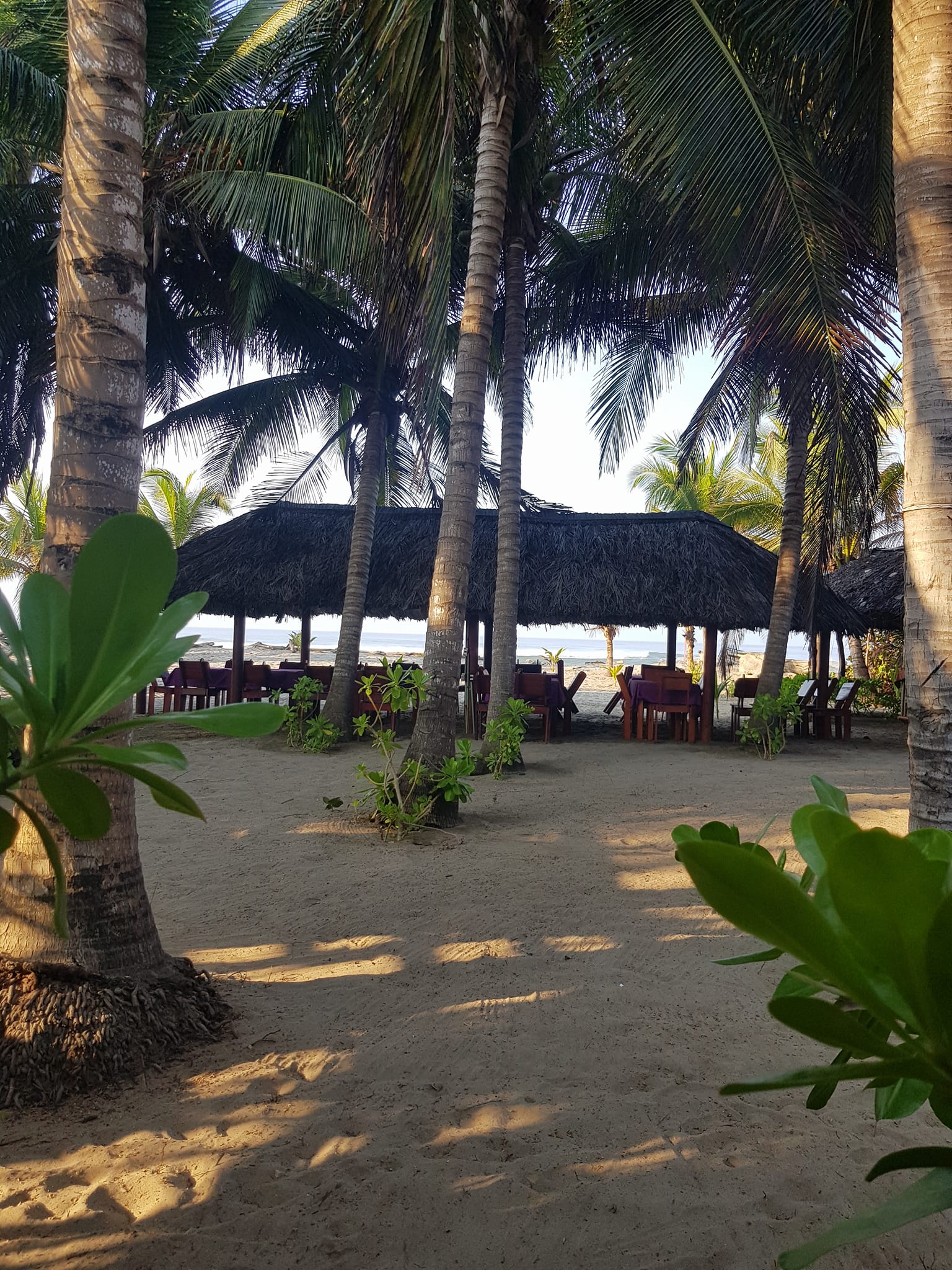 ayahuasca bambuddha acapulco psychedelic
3년 전 by voluntary54
$139.42
26 votes
댓글 남기기 10
Authors get paid when people like you upvote their post.If you enjoyed what you read here, create your account today and start earning FREE STEEM!
STEEMKR.COM IS SPONSORED BY

Think I saw you at Anarchapulco, what a blast it was this year!!
Did not buy my tickets in time for Ayahuasca ceremony. :(
I like your explaination about the ocean and how the larger waves came towards you and you thought of them as life's challenges to overcome.
Cool!

Great post. I haven’t heard the word temazcal in ages.
Thank you for sharing 😊

Thank you for commenting! That was my first Temazcal experience and first time to learn about it too.

This was awesome, lets do it again very soon! The 2nd color in my eyes around my pules disappeared..

I feel the same way - this retreat will draw me to Acapulco as much as Anarchapulco. btw James, that's some mighty voting power you've got there! :D

wow, although the woods seems creepy to me... but i do love such experiences. were you there in person @jamesc?

@maceytomlin made a video post about her Kambo experience at Bambuddha - https://www.facebook.com/macey.tomlin/videos/10156211747737180/ and Dr Alex' Steemit account can be found here - https://steemit.com/@alchemywithalex

The trick is to use the wave to your advantage, ride it!
I hope your experience was enlightening, I myself have exposed my true self to my self. Stripped away the veils exposing our true reality. Literally became one with the Earth.
I witnessed my creation and my demise...
Looking forward to part two.