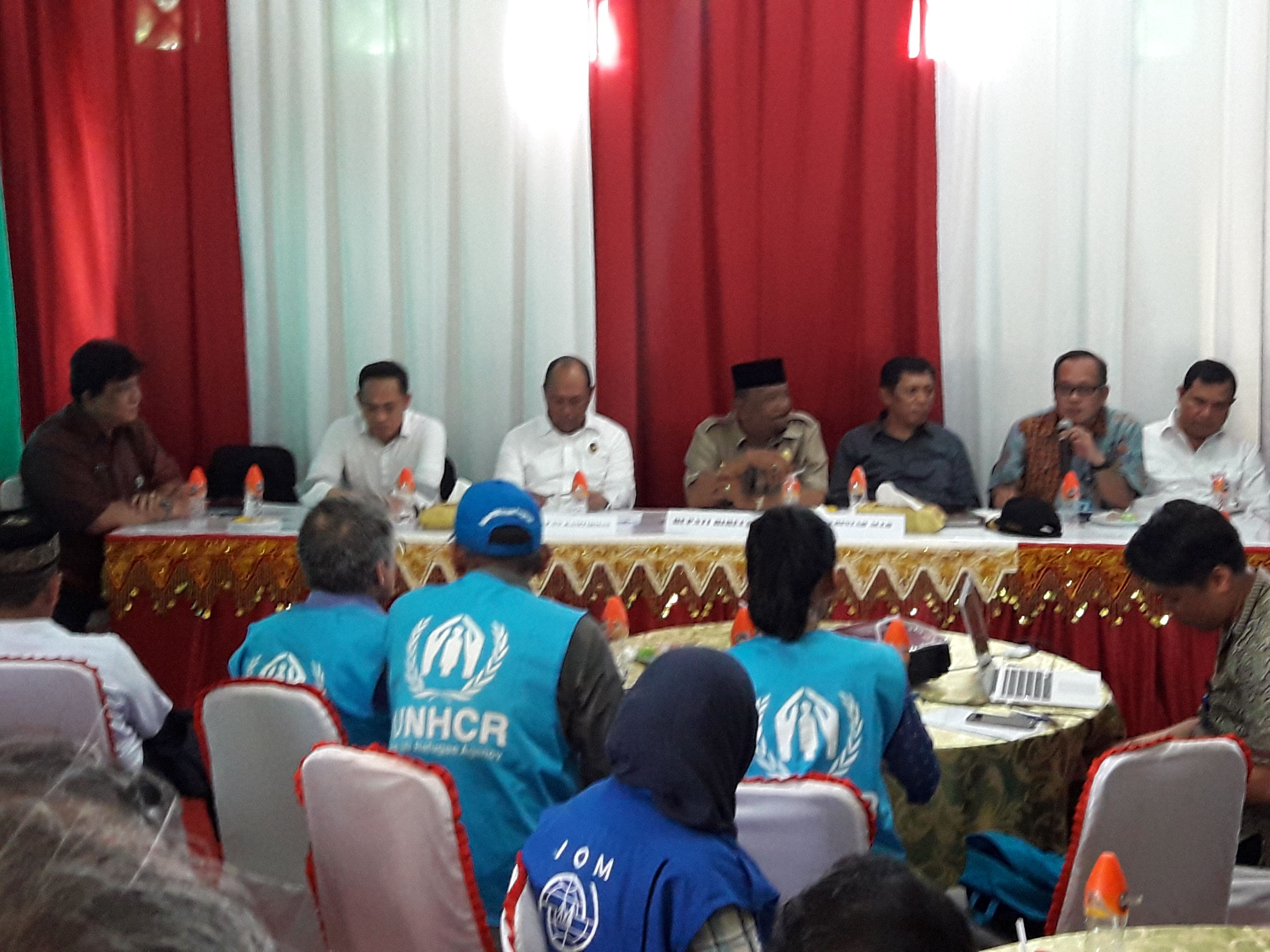 Bireuen H Saifannur, S.Sos said, "that IOM should improve the base camp for good sanitation and we agree that the refugees (Rohingya-red immigrants) we will bring to Langsa and check all their needs," he said.

Rakor Forkopimda Bireuen with UNHCR Officials, IOM from Jakarta as well
Other Related Officials in the Meeting Room Hall of SKB Bireuen Office

He continued, "The holy month of Ramadhan is very sad, I am sorry to express the phrase, the month of worship is the happy month of the month, let them be here until the feast day, for it to be changed sanitation, beds and others so they can stay in Langsa" He added, "It is not impossible for the refugees to come again, because we (Bireuen-red) are in the Strait of Malacca and the Indian Ocean, hopefully not to come again, we will not deter, but if come how else," H Saifannur 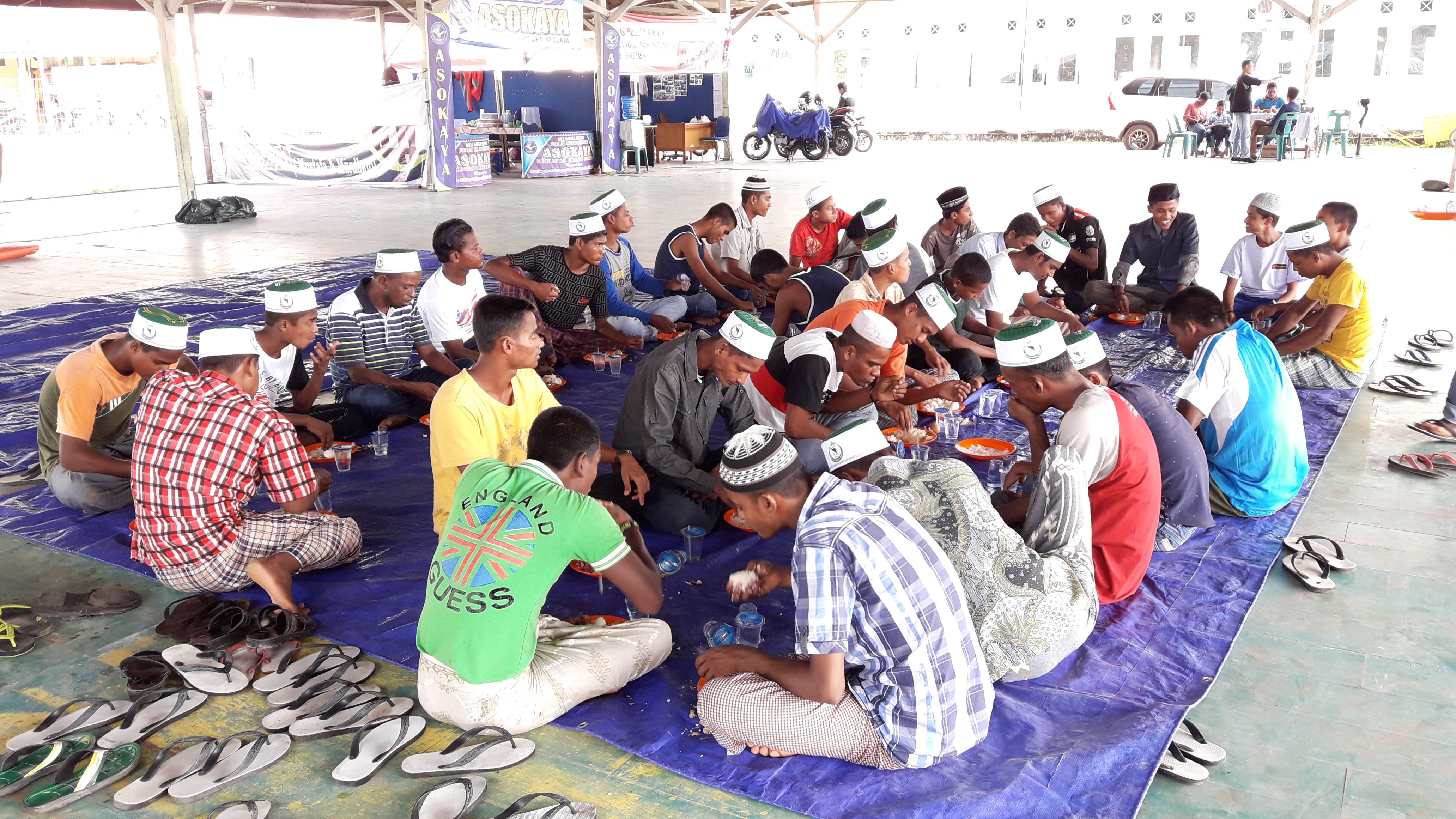 Then during the press conference after the meeting to the media crew, Regent Saifannur, re-affirmed, "They we accommodate here because God's creature, not the feel of politics but the nuances of humanity.Hopefully Bireuen could be an example" hope

Meanwhile, Asdep 3 / V Kamtibmas Kemenkopolhukam RI Brig. Gen. Drs. Chairul Anwar, SH, MH said, "In Coordination we have agreed several things, for the refugees in Bireuen a total of 79 people and in East Aceh a number of 5 people will be united and transferred to shelters in Langsa City"

It is said by Chairul, "Why are they being moved, because this (Bireuen-red SKB) is not a temporary shelter, but a place of teacher training center that is needed by the Bireuen regency so we need to prepare a place for them (Rohingya-red immigrants) longer". "In this case we are working together with UNHCR in the United Nations (UN) commission to look after the refugees to take steps in the process of finding recipient countries and also possible family unification where their families are located," Chairul

berita
4년 전 by sofyanramly25
$0.00
3 votes
댓글 남기기 0
Authors get paid when people like you upvote their post.If you enjoyed what you read here, create your account today and start earning FREE STEEM!
STEEMKR.COM IS SPONSORED BY