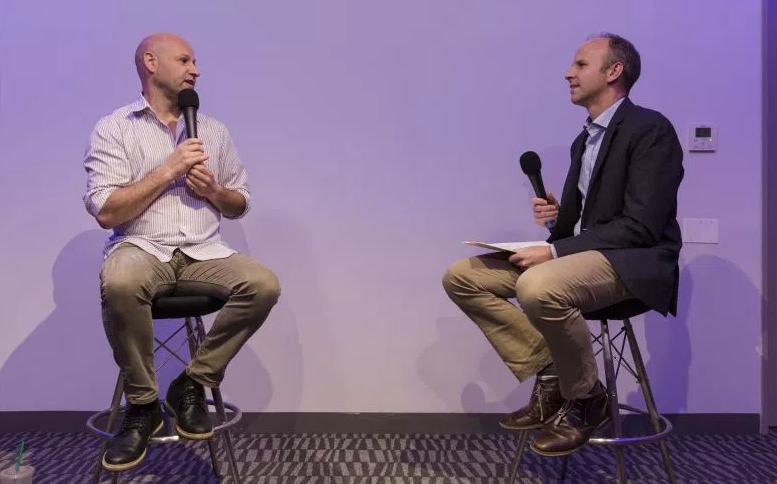 For Wall Street analysts and investors trying to figure out whether cryptocurrencies like bitcoin and ether are destined to deflate, Ethereum co-founder Joseph Lubin has an answer for you: yes.

"Of course it's a bubble. Hopefully it's one in a series of increasingly larger bubbles," Lubin said at an event hosted by Quartz and Retro Report yesterday launching their What Happens Next series.

Just because a bubble pops doesn't mean it's the end, he says.

Lubin says that a Gartner analyst recently pegged Ethereum's developer base at 30 times larger than IBM-backed Hyperledger Fabric, a competitor in the blockchain space that enjoys all the benefits of having the support of a legacy computing company that has already won the trust of business.

"As they get a larger and larger monetary base, I think the volatility will decrease significantly. There are many state-issued currencies on this planet that are as volatile or more volatile than bitcoin or ether," he said.

I agree. The word bubble is thrown around to cause fear but everything in life ebbs and flows. If they reframe the question into "will blockchain die out"? The answer would be no.

beyondbitcoin ethereum blockchain cryptocurrency tldr
2년 전 by elowin52
$3.27
14 votes
댓글 남기기 1
Authors get paid when people like you upvote their post.If you enjoyed what you read here, create your account today and start earning FREE STEEM!
STEEMKR.COM IS SPONSORED BY

This post has received a 4.12 % upvote from @booster thanks to: @elowin.