Proverbs 11 English Standard Version (ESV)
11 A false balance is an abomination to the Lord,
but a just weight is his delight.
2 When pride comes, then comes disgrace,
but with the humble is wisdom.
3 The integrity of the upright guides them,
but the crookedness of the treacherous destroys them.
4 Riches do not profit in the day of wrath,
but righteousness delivers from death.
5 The righteousness of the blameless keeps his way straight,
but the wicked falls by his own wickedness.
6 The righteousness of the upright delivers them,
but the treacherous are taken captive by their lust.
7 When the wicked dies, his hope will perish,
and the expectation of wealth[a] perishes too.
8 The righteous is delivered from trouble,
and the wicked walks into it instead.
9 With his mouth the godless man would destroy his neighbor,
but by knowledge the righteous are delivered.
10 When it goes well with the righteous, the city rejoices,
and when the wicked perish there are shouts of gladness.
11 By the blessing of the upright a city is exalted,
but by the mouth of the wicked it is overthrown.
12 Whoever belittles his neighbor lacks sense,
but a man of understanding remains silent.
13 Whoever goes about slandering reveals secrets,
but he who is trustworthy in spirit keeps a thing covered.
14 Where there is no guidance, a people falls,
but in an abundance of counselors there is safety.
15 Whoever puts up security for a stranger will surely suffer harm,
but he who hates striking hands in pledge is secure.
16 A gracious woman gets honor,
and violent men get riches.
17 A man who is kind benefits himself,
but a cruel man hurts himself.
18 The wicked earns deceptive wages,
but one who sows righteousness gets a sure reward.
19 Whoever is steadfast in righteousness will live,
but he who pursues evil will die.
20 Those of crooked heart are an abomination to the Lord,
but those of blameless ways are his delight.
21 Be assured, an evil person will not go unpunished,
but the offspring of the righteous will be delivered.
22 Like a gold ring in a pig's snout
is a beautiful woman without discretion.
23 The desire of the righteous ends only in good,
the expectation of the wicked in wrath.
24 One gives freely, yet grows all the richer;
another withholds what he should give, and only suffers want.
25 Whoever brings blessing will be enriched,
and one who waters will himself be watered.
26 The people curse him who holds back grain,
but a blessing is on the head of him who sells it.
27 Whoever diligently seeks good seeks favor,[b]
but evil comes to him who searches for it.
28 Whoever trusts in his riches will fall,
but the righteous will flourish like a green leaf.
29 Whoever troubles his own household will inherit the wind,
and the fool will be servant to the wise of heart.
30 The fruit of the righteous is a tree of life,
and whoever captures souls is wise.
31 If the righteous is repaid on earth,
how much more the wicked and the sinner!

Proverbs 12 English Standard Version (ESV)
12 Whoever loves discipline loves knowledge,
but he who hates reproof is stupid.
2 A good man obtains favor from the Lord,
but a man of evil devices he condemns.
3 No one is established by wickedness,
but the root of the righteous will never be moved.
4 An excellent wife is the crown of her husband,
but she who brings shame is like rottenness in his bones.
5 The thoughts of the righteous are just;
the counsels of the wicked are deceitful.
6 The words of the wicked lie in wait for blood,
but the mouth of the upright delivers them.
7 The wicked are overthrown and are no more,
but the house of the righteous will stand.
8 A man is commended according to his good sense,
but one of twisted mind is despised.
9 Better to be lowly and have a servant
than to play the great man and lack bread.
10 Whoever is righteous has regard for the life of his beast,
but the mercy of the wicked is cruel.
11 Whoever works his land will have plenty of bread,
but he who follows worthless pursuits lacks sense.
12 Whoever is wicked covets the spoil of evildoers,
but the root of the righteous bears fruit.
13 An evil man is ensnared by the transgression of his lips,[a]
but the righteous escapes from trouble.
14 From the fruit of his mouth a man is satisfied with good,
and the work of a man's hand comes back to him.
15 The way of a fool is right in his own eyes,
but a wise man listens to advice.
16 The vexation of a fool is known at once,
but the prudent ignores an insult.
17 Whoever speaks[b] the truth gives honest evidence,
but a false witness utters deceit.
18 There is one whose rash words are like sword thrusts,
but the tongue of the wise brings healing.
19 Truthful lips endure forever,
but a lying tongue is but for a moment.
20 Deceit is in the heart of those who devise evil,
but those who plan peace have joy.
21 No ill befalls the righteous,
but the wicked are filled with trouble.
22 Lying lips are an abomination to the Lord,
but those who act faithfully are his delight.
23 A prudent man conceals knowledge,
but the heart of fools proclaims folly.
24 The hand of the diligent will rule,
while the slothful will be put to forced labor.
25 Anxiety in a man's heart weighs him down,
but a good word makes him glad.
26 One who is righteous is a guide to his neighbor,[c]
but the way of the wicked leads them astray.
27 Whoever is slothful will not roast his game,
but the diligent man will get precious wealth.[d]
28 In the path of righteousness is life,
and in its pathway there is no death.

Proverbs 13 English Standard Version (ESV)
13 A wise son hears his father's instruction,
but a scoffer does not listen to rebuke.
2 From the fruit of his mouth a man eats what is good,
but the desire of the treacherous is for violence.
3 Whoever guards his mouth preserves his life;
he who opens wide his lips comes to ruin.
4 The soul of the sluggard craves and gets nothing,
while the soul of the diligent is richly supplied.
5 The righteous hates falsehood,
but the wicked brings shame[a] and disgrace.
6 Righteousness guards him whose way is blameless,
but sin overthrows the wicked.
7 One pretends to be rich,[b] yet has nothing;
another pretends to be poor,[c] yet has great wealth.
8 The ransom of a man's life is his wealth,
but a poor man hears no threat.
9 The light of the righteous rejoices,
but the lamp of the wicked will be put out.
10 By insolence comes nothing but strife,
but with those who take advice is wisdom.
11 Wealth gained hastily[d] will dwindle,
but whoever gathers little by little will increase it.
12 Hope deferred makes the heart sick,
but a desire fulfilled is a tree of life.
13 Whoever despises the word[e] brings destruction on himself,
but he who reveres the commandment[f] will be rewarded.
14 The teaching of the wise is a fountain of life,
that one may turn away from the snares of death.
15 Good sense wins favor,
but the way of the treacherous is their ruin.[g]
16 Every prudent man acts with knowledge,
but a fool flaunts his folly.
17 A wicked messenger falls into trouble,
but a faithful envoy brings healing.
18 Poverty and disgrace come to him who ignores instruction,
but whoever heeds reproof is honored.
19 A desire fulfilled is sweet to the soul,
but to turn away from evil is an abomination to fools.
20 Whoever walks with the wise becomes wise,
but the companion of fools will suffer harm.
21 Disaster[h] pursues sinners,
but the righteous are rewarded with good.
22 A good man leaves an inheritance to his children's children,
but the sinner's wealth is laid up for the righteous.
23 The fallow ground of the poor would yield much food,
but it is swept away through injustice.
24 Whoever spares the rod hates his son,
but he who loves him is diligent to discipline him.[i]
25 The righteous has enough to satisfy his appetite,
but the belly of the wicked suffers want. 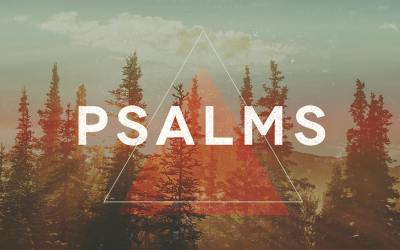 How Majestic Is Your Name
To the choirmaster: according to The Gittith.[a] A Psalm of David.
8 O Lord, our Lord,
how majestic is your name in all the earth!
You have set your glory above the heavens.
2 Out of the mouth of babies and infants,
you have established strength because of your foes,
to still the enemy and the avenger.

3 When I look at your heavens, the work of your fingers,
the moon and the stars, which you have set in place,
4 what is man that you are mindful of him,
and the son of man that you care for him?

5 Yet you have made him a little lower than the heavenly beings[b]
and crowned him with glory and honor.
6 You have given him dominion over the works of your hands;
you have put all things under his feet,
7 all sheep and oxen,
and also the beasts of the field,
8 the birds of the heavens, and the fish of the sea,
whatever passes along the paths of the seas.

9 O Lord, our Lord,
how majestic is your name in all the earth! Submission to the Authorities
13 Let every person be subject to the governing authorities. For there is no authority except from God, and those that exist have been instituted by God. 2 Therefore whoever resists the authorities resists what God has appointed, and those who resist will incur judgment. 3 For rulers are not a terror to good conduct, but to bad. Would you have no fear of the one who is in authority? Then do what is good, and you will receive his approval, 4 for he is God's servant for your good. But if you do wrong, be afraid, for he does not bear the sword in vain. For he is the servant of God, an avenger who carries out God's wrath on the wrongdoer. 5 Therefore one must be in subjection, not only to avoid God's wrath but also for the sake of conscience. 6 For because of this you also pay taxes, for the authorities are ministers of God, attending to this very thing. 7 Pay to all what is owed to them: taxes to whom taxes are owed, revenue to whom revenue is owed, respect to whom respect is owed, honor to whom honor is owed.

May the peace of God be upon you,
@dandida

bible gospel christianity christian-trail life
3년 전 by dandida61
$7.45
43 votes
댓글 남기기 1
Authors get paid when people like you upvote their post.If you enjoyed what you read here, create your account today and start earning FREE STEEM!
STEEMKR.COM IS SPONSORED BY