14 The wisest of women builds her house,
but folly with her own hands tears it down.
2 Whoever walks in uprightness fears the Lord,
but he who is devious in his ways despises him.
3 By the mouth of a fool comes a rod for his back,[a]
but the lips of the wise will preserve them.
4 Where there are no oxen, the manger is clean,
but abundant crops come by the strength of the ox.
5 A faithful witness does not lie,
but a false witness breathes out lies.
6 A scoffer seeks wisdom in vain,
but knowledge is easy for a man of understanding.
7 Leave the presence of a fool,
for there you do not meet words of knowledge.
8 The wisdom of the prudent is to discern his way,
but the folly of fools is deceiving.
9 Fools mock at the guilt offering,
but the upright enjoy acceptance.[b]
10 The heart knows its own bitterness,
and no stranger shares its joy.
11 The house of the wicked will be destroyed,
but the tent of the upright will flourish.
12 There is a way that seems right to a man,
but its end is the way to death.[c]
13 Even in laughter the heart may ache,
and the end of joy may be grief.
14 The backslider in heart will be filled with the fruit of his ways,
and a good man will be filled with the fruit of his ways.
15 The simple believes everything,
but the prudent gives thought to his steps.
16 One who is wise is cautious[d] and turns away from evil,
but a fool is reckless and careless.
17 A man of quick temper acts foolishly,
and a man of evil devices is hated.
18 The simple inherit folly,
but the prudent are crowned with knowledge.
19 The evil bow down before the good,
the wicked at the gates of the righteous.
20 The poor is disliked even by his neighbor,
but the rich has many friends.
21 Whoever despises his neighbor is a sinner,
but blessed is he who is generous to the poor.
22 Do they not go astray who devise evil?
Those who devise good meet[e] steadfast love and faithfulness.
23 In all toil there is profit,
but mere talk tends only to poverty.
24 The crown of the wise is their wealth,
but the folly of fools brings folly.
25 A truthful witness saves lives,
but one who breathes out lies is deceitful.
26 In the fear of the Lord one has strong confidence,
and his children will have a refuge.
27 The fear of the Lord is a fountain of life,
that one may turn away from the snares of death.
28 In a multitude of people is the glory of a king,
but without people a prince is ruined.
29 Whoever is slow to anger has great understanding,
but he who has a hasty temper exalts folly.
30 A tranquil[f] heart gives life to the flesh,
but envy[g] makes the bones rot.
31 Whoever oppresses a poor man insults his Maker,
but he who is generous to the needy honors him.
32 The wicked is overthrown through his evildoing,
but the righteous finds refuge in his death.
33 Wisdom rests in the heart of a man of understanding,
but it makes itself known even in the midst of fools.[h]
34 Righteousness exalts a nation,
but sin is a reproach to any people.
35 A servant who deals wisely has the king's favor,
but his wrath falls on one who acts shamefully.

15 A soft answer turns away wrath,
but a harsh word stirs up anger.
2 The tongue of the wise commends knowledge,
but the mouths of fools pour out folly.
3 The eyes of the Lord are in every place,
keeping watch on the evil and the good.
4 A gentle[a] tongue is a tree of life,
but perverseness in it breaks the spirit.
5 A fool despises his father's instruction,
but whoever heeds reproof is prudent.
6 In the house of the righteous there is much treasure,
but trouble befalls the income of the wicked.
7 The lips of the wise spread knowledge;
not so the hearts of fools.[b]
8 The sacrifice of the wicked is an abomination to the Lord,
but the prayer of the upright is acceptable to him.
9 The way of the wicked is an abomination to the Lord,
but he loves him who pursues righteousness.
10 There is severe discipline for him who forsakes the way;
whoever hates reproof will die.
11 Sheol and Abaddon lie open before the Lord;
how much more the hearts of the children of man!
12 A scoffer does not like to be reproved;
he will not go to the wise.
13 A glad heart makes a cheerful face,
but by sorrow of heart the spirit is crushed.
14 The heart of him who has understanding seeks knowledge,
but the mouths of fools feed on folly.
15 All the days of the afflicted are evil,
but the cheerful of heart has a continual feast.
16 Better is a little with the fear of the Lord
than great treasure and trouble with it.
17 Better is a dinner of herbs where love is
than a fattened ox and hatred with it.
18 A hot-tempered man stirs up strife,
but he who is slow to anger quiets contention.
19 The way of a sluggard is like a hedge of thorns,
but the path of the upright is a level highway.
20 A wise son makes a glad father,
but a foolish man despises his mother.
21 Folly is a joy to him who lacks sense,
but a man of understanding walks straight ahead.
22 Without counsel plans fail,
but with many advisers they succeed.
23 To make an apt answer is a joy to a man,
and a word in season, how good it is!
24 The path of life leads upward for the prudent,
that he may turn away from Sheol beneath.
25 The Lord tears down the house of the proud
but maintains the widow's boundaries.
26 The thoughts of the wicked are an abomination to the Lord,
but gracious words are pure.
27 Whoever is greedy for unjust gain troubles his own household,
but he who hates bribes will live.
28 The heart of the righteous ponders how to answer,
but the mouth of the wicked pours out evil things.
29 The Lord is far from the wicked,
but he hears the prayer of the righteous.
30 The light of the eyes rejoices the heart,
and good news refreshes[c] the bones.
31 The ear that listens to life-giving reproof
will dwell among the wise.
32 Whoever ignores instruction despises himself,
but he who listens to reproof gains intelligence.
33 The fear of the Lord is instruction in wisdom,
and humility comes before honor. 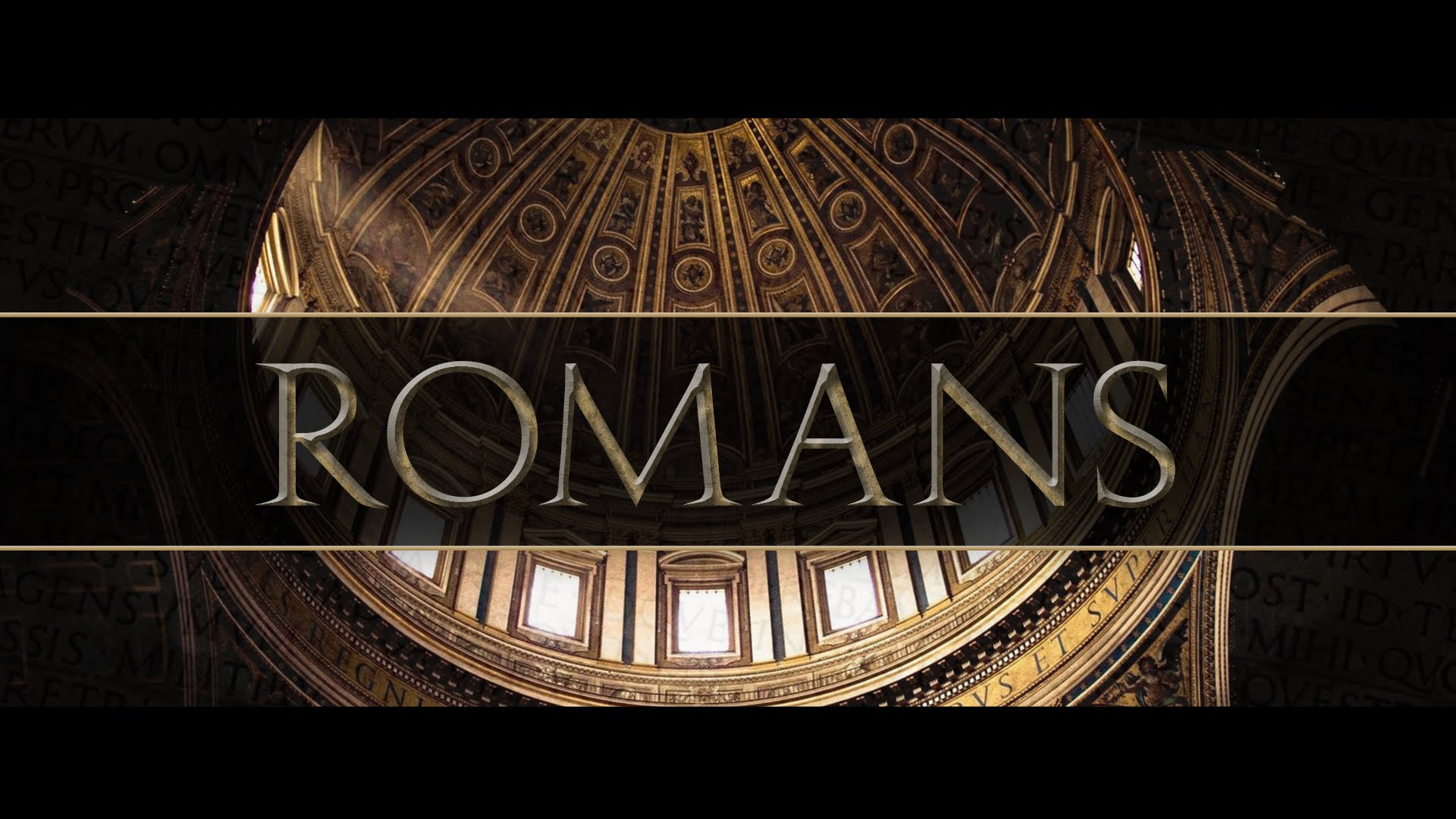 5 One person esteems one day as better than another, while another esteems all days alike. Each one should be fully convinced in his own mind. 6 The one who observes the day, observes it in honor of the Lord. The one who eats, eats in honor of the Lord, since he gives thanks to God, while the one who abstains, abstains in honor of the Lord and gives thanks to God. 7 For none of us lives to himself, and none of us dies to himself. 8 For if we live, we live to the Lord, and if we die, we die to the Lord. So then, whether we live or whether we die, we are the Lord's. 9 For to this end Christ died and lived again, that he might be Lord both of the dead and of the living.

“As I live, says the Lord, every knee shall bow to me,
and every tongue shall confess[b] to God.”

12 So then each of us will give an account of himself to God.

Do Not Cause Another to Stumble
13 Therefore let us not pass judgment on one another any longer, but rather decide never to put a stumbling block or hindrance in the way of a brother. 14 I know and am persuaded in the Lord Jesus that nothing is unclean in itself, but it is unclean for anyone who thinks it unclean. 15 For if your brother is grieved by what you eat, you are no longer walking in love. By what you eat, do not destroy the one for whom Christ died. 16 So do not let what you regard as good be spoken of as evil. 17 For the kingdom of God is not a matter of eating and drinking but of righteousness and peace and joy in the Holy Spirit. 18 Whoever thus serves Christ is acceptable to God and approved by men. 19 So then let us pursue what makes for peace and for mutual upbuilding.

20 Do not, for the sake of food, destroy the work of God. Everything is indeed clean, but it is wrong for anyone to make another stumble by what he eats. 21 It is good not to eat meat or drink wine or do anything that causes your brother to stumble.[c] 22 The faith that you have, keep between yourself and God. Blessed is the one who has no reason to pass judgment on himself for what he approves. 23 But whoever has doubts is condemned if he eats, because the eating is not from faith. For whatever does not proceed from faith is sin.[d]

DONE FOR TODAY AND THIS WEEK!

May the peace of God be upon you,
@dandida

bible gospel christianity christian-trail life
3년 전 by dandida61
$30.96
댓글 남기기 6
Authors get paid when people like you upvote their post.If you enjoyed what you read here, create your account today and start earning FREE STEEM!
STEEMKR.COM IS SPONSORED BY

This is a very good post my friend you really take your time writing this one, thanks for sharing it here with your friends. God bless.

Yeah, @dandida you worth that praise Brother

Thanks for sharing bro! I love proverbs a lot. Just followed you, hope you'll follow me too :)

You got a 2.47% upvote from @upme thanks to @dandida! Send at least 3 SBD or 3 STEEM to get upvote for next round. Delegate STEEM POWER and start earning 100% daily payouts ( no commission ).

You got a 2.18% upvote from @postpromoter courtesy of @dandida!