bitcoin ethereum cryptocurrency crypto video
3년 전 by boxmining72
$23.46
195 votes
댓글 남기기 45
Authors get paid when people like you upvote their post.If you enjoyed what you read here, create your account today and start earning FREE STEEM!
STEEMKR.COM IS SPONSORED BY

Thanks for the update. Great update on IOTA and Lightning network.

Security of Wallets is becoming the biggest concern now.. We need to find ways in order to secure our wallet.

In the case of IOTA it was not a security issue. You can make the securest wallet ever but if people send you the money cause they have no knowledge no security issue can handle that.

This I do agree with. I would say people not educated enough in cryptocurrency and the wallets is the biggest security issue. People are chasing "Lambos" and have no idea that this is about investing in new blockchain technology companies. They will do anything to get rich quick if that means doing weird things in a fishy website and then lose all there money. Afterwards have the nerve to blame these wallets and start calling everything a ponzi scheme. These are also usually the "weak hands" whos see a little bit of red so they panic sell all there coins and take huge loses. Give a man a short pump and he will eat for a day, Teach a man Crypto and he will HODL that shit and the Lambos will come to him.LMAOO!

Great! HAHA yes exactly, when dealing with this stuff one must differntiate a lot but those people just are not able to do so.

I’ve been following Michael since about March, last year. If I’m not mistaken, this is the second Iota hack he’s addressed in that time.

No I am not talking about michael, he explains it very well and what happend.

You must differntiate between a hack and people thorw money out of the window. All this guy or girl did was : "here is the window - thorw it there" and the people did it. In a cutting edge technology like iota focussing on msm iot this is not forgiven. If it would be a coin focused on userexpierience I would maybe understand it.

And then you come along and say "your money was stolen"

Dang! If there’s an award for Most Detailed Explanation, you win.

Well waiting for that day when people can easily use cryptocurrency to order pizza.

Yes, everything starts with Pizza.

Yah I got dogecoin too and want to get profit from it before these coins go away completely. I think most of these cryptos will vanish once big institutions are officially involved and start using cryptocurrency. So far small investors, retailers are driving price of these crappy coins. FUD and fomo is playing a big role.

"I have one of the crazies bitcoin stories and it involves two pizzas like this!" (from those annoying Tai Lopez commercials, lol)

Hello, you have reached Papa Johns how may we help you?
Hi, I would like to order a large private jet with triple gold plating and extra Lamborghini's.
Would you like any dipping sauce with that sir?
No thanks, just the gold jet and Lamborghini's will be fine.
No problem sir, that will be 10,000 bitcoin.
WHAT... no way I'm HODLing this shit till the end of time! 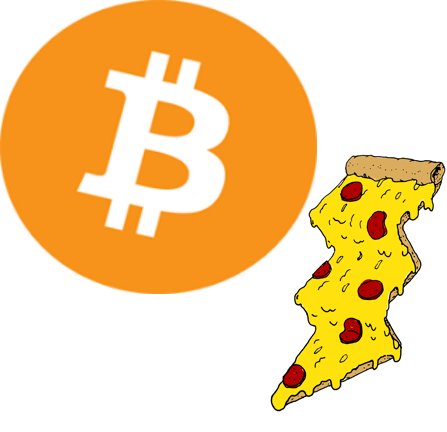 The Iota hack is very concerning to say the least.

For IOTA (and other platforms that uses similar "string" for log-in) one of the main items for user interface that must be improved, is the log-in procedure. It is not practical in the long run to have 100 different 81 characters string saved all over the place and use it on the go. There has to be a better way.

Thanks for posting! I found your youtube channel yesterday! I watched a number of great videos. Just wondering if you have asked the founder of binance about adding steem. I know he explained that he doesn't look after adding coins and has a team that looks after that. Just wondering if you had a take on if binance will ever add steem? Also do you know Da Hong Fei account here on steemit?

Good news round up, thanks! I personally do not invest in any cryptos that I cannot store on my hardware wallet.

The first trade in cryptocurrency world was 10000 BTC for a piece of pizza.

You got me on the pizza thing XD

The analogy beetween lightning and starbuck tabs was great!

Amazing how this ecosystem is competing and challenging one another to get the best resulst. How will this all unfold.. there is now no barrier, there is no finish line.

Why is your hair so greasy today?

Pizza has some very negative connotations for me...

Yea! I've heard before about Problems with IOTA’s hash function as well: Cryptographic vulnerabilities in IOTA

It seems interresting i followed and up voted. Please keep doing your great work

So glad I found you here 😊