Last week, the Segwit 2x team indicated that they were planning to move forward with their proposed hard fork in the coming weeks. Now, Segwit 2x lead developer Jaap Terlouw has confirmed

Last week, the Segwit 2x team indicated in a CCN press release that they were planning to move forward with their proposed hard fork in the coming weeks. Now, Segwit 2x lead developer Jaap Terlouw has confirmed on the project’s website that the team will finally execute the fork on December 28th.

Originally scheduled for November, the development team cancelled the fork amidst controversy and schisms in the community. In an official statement, the team recognized that they had “not built sufficient consensus for a clean blocksize upgrade at this time,” foregoing the fork in an effort to “[keep] the community together.”

The project’s updated roadmap now lists December 28th as the set date for the fork, and in his recent announcement, Terlouw confirmed these developments:

“Our team will carry out the Bitcoin hard fork, which was planned for mid-November,”

Arguing that “[c]ommission and transaction speed within the Bitcoin network has reached extraordinary values,” Terlouw believes that “[i]t is almost impossible to use it as a means of payment.”

In hopes of fixing these issues, the Segwit 2x fork will reduce block times to 2.5 minutes and increase block size to 4MB. 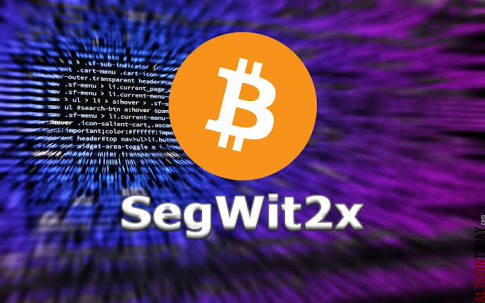 bitcoin segwet cryptocurrency
3년 전 by chanchal8545
$0.05
6 votes
댓글 남기기 3
Authors get paid when people like you upvote their post.If you enjoyed what you read here, create your account today and start earning FREE STEEM!
STEEMKR.COM IS SPONSORED BY

i dont think that segwit2x will come !!

Congratulations @chanchal85! You have completed some achievement on Steemit and have been rewarded with new badge(s) :