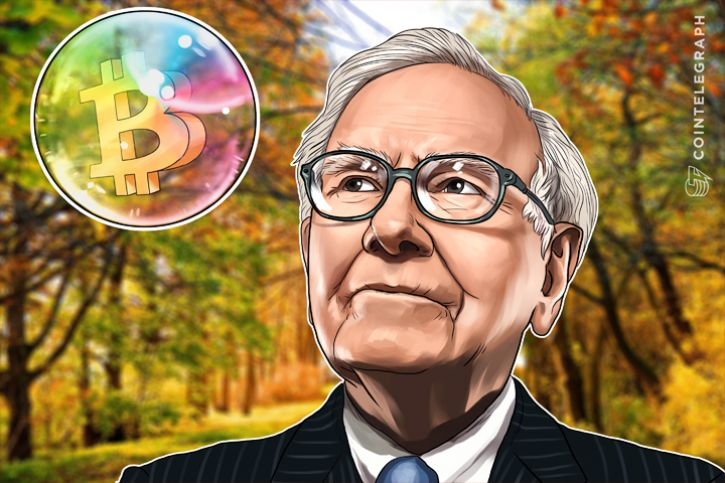 Billionaire investor Warren Buffett has claimed that the market for the leading virtual currency Bitcoin is already in bubble territory. He also issued a criticism of the proposals for applying a value to the cryptocurrency.

Based on a report by MarketWatch, Buffett presented his views on Bitcoin and the cryptocurrency market during an annual question-and-answer session in Omaha, Nebraska in early October 2017. During his remarks, Buffett claimed that Bitcoin is a “real bubble.”

Bitcoin sustained its phenomenal performance after fluctuating at about $4,300 in early October. Bitcoin price has jumped to over $6,100 on Oct. 20.

Meanwhile, the negative view of Buffett on Bitcoin is not surprising as the well-known investor has already expressed such comments in the past. In 2014, the billionaire advised that investors should keep away from Bitcoin because the cryptocurrency is “basically a mirage.”

bitcoin steem steemit life story
5년 전 by criptoworld44
$0.00
1 vote
댓글 남기기 0
Authors get paid when people like you upvote their post.If you enjoyed what you read here, create your account today and start earning FREE STEEM!
STEEMKR.COM IS SPONSORED BY