Branding as Bitcoin: Of Past & Future Forks

Does this symbol mean anything to you? 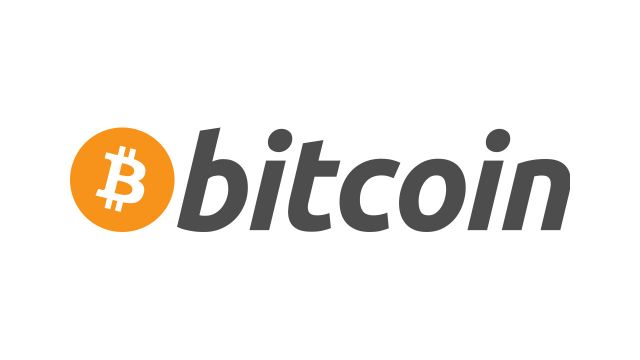 Hey, it's Bitcoin. I'd know that symbol anywhere. It means decentralized crypto-currency. Freedom from fiat. Government-less currency that doesn't inflate or fund wars.

That Bitcoin logo above is powerful. The O.G. cryptocurrency. The biggest market cap in crypto. The top dog. The one that started it all. Even if you prefer a different cryptocurrency over Bitcoin, you recognize that logo as the most valuable & widely used crypto, bigger in market cap and more widely accepted than your favorite alt coin. Even if you hate the idea of cryptocurrency, believing it to be a ponzi scheme, the logo above embodies all you hate.

The Bitcoin Cash logo means something different. It will mean something different to everyone. To some, it will mean freedom from the freaky rules of Core, holding true to Satoshi's original vision. To others, it may seem like just another random alt coin in a sea of alt coins they don't quite understand. Either way, it isn't Bitcoin. It is something like Bitcoin, but not the real thing.

While I consider Bitcoin Cash an alt coin, it sure isn't your run-of-the-mill alt coin. This "fork" of Bitcoin came about due to a long running disagreement about the future scaling of Bitcoin. Most of you reading this will know some or most of this story, but even for those in the know, it is worth spelling out again.

Bitcoin Core refers to the GitHub project that is Bitcoin. That $66B in value? Yeah, it spawned from that GitHub project. The GitHub repos of the $14B value store that is Bitcoin Cash can be found here. That's right, another $14B was created by cloning the Bitcoin GitHub project and changing the block size limit to 8MB and killing Segwit. I feel the need to look at CoinMarketCap.com right now. 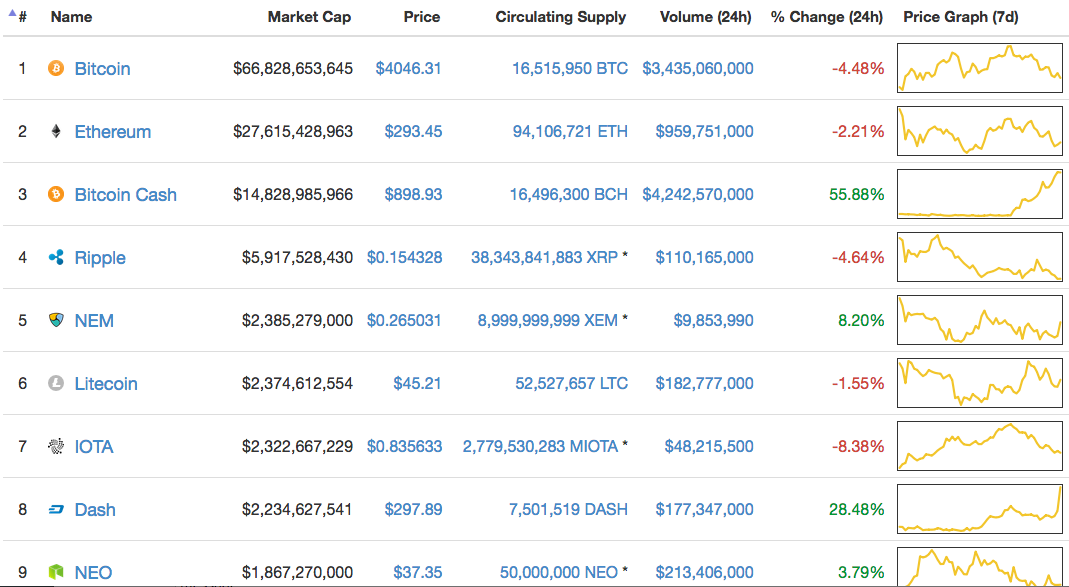 There it is folks, the $14B value attached to Bitcoin Cash. The #1 cryptocurrency spawned the #3 cryptocurrency 3 weeks ago. For those that still aren't sure what happened, an overly simple explanation is that on August 1st some of the miners and nodes started to use the Bitcoin Cash GitHub project files while most of the miners and nodes continued to use the regular Bitcoin GitHub project files. This created 2 different blockchains going forward, with both of them having the exact same information up until August 1st of this year. If you held Bitcoin before the August 1st split, your private keys are valid for your addresses on both blockchains, meaning you now held the same amount of Bitcoin Cash as you do Bitcoin. Woo-hoo, free money.

So why did it happen? And why is there a massive value currently attached to it?

The answer starts about 2 years ago, when the battle first started brewing over how to scale Bitcoin. You see 2 years ago, blocks were starting to fill up. For the first time in the young history of Bitcoin, more people wanted to use Bitcoin than there was space in the Blockchain. 1 MB every 10 minutes was not cutting it, and you now had to attach a higher fee to guarantee your transaction would be included in a (near) future block. Roger Ver was a big proponent of simply raising the block size. After all, the 1MB block limit was a relatively arbitrary number that Satoshi came up with, and there is evidence Satoshi believed it should be raised if demand for the system dictated such. A change like this is technically a hard fork, because everyone has to upgrade in order for it to work, as the 1MB block limit is hard coded into the software. So of course the Bitcoin Core developers would decide to raise the limit, right? Fees were getting out of control, and the system no longer worked for micro-transactions because the fee was now too high to make a small transfer of value worthwhile. The simple solution was to raise the block size. But that didn't happen. Instead, a fierce debate broke out that would last years. To understand why changing a 1 to a 2 was so fiercely debated, you have to understand how Blockstream influences Bitcoin Core.

Compare the list of Bitcoin Core developers with the Blockstream team page and you will see what I'm talking about. Gregory Maxwell, Gregory Sanders, Jorge Timón, Luke Dashjr, Mark Friedenbach, & Pieter Wuille all work for Blockstream and are important Core developers. This list, like the others, is likely incomplete. Now take a look at this recent argument over blocking Segwit2x signalling nodes that really shows where the party lines are drawn. In that thread, check the posts by jgarzik, an old-school Bitcoin developer who in my opinion is fighting hard to save the project from falling completely into Blockstream's hands, thus becoming a settlement layer. You can see Garzik arguing not to block nodes signalling for SegWit2x and getting smacked down by the Blockstream-loyal contingent. A quick check of the coin.dance/blocks page shows over 90% of miners are signalling for SegWit2x. Here is a list of organizations that support the New York Agreement, which is an agreement between many stakeholders to activate Segwit2x, i.e. raising the block size to 2MB. Core is trying to ignore the New York Agreement, once again keeping the blocks full and the fees high. In fact, they didn't even bother to attend the conference that struck the NYA. But why?

It seems to me that Blockstream has plans to implement proprietary side chain technology and scoop a ton of fees if they can activate SegWit (done) and keep fees high enough on the main chain to warrant smaller fees on a sidechain that Blockstream will collect: It seems like Roger Ver recognized this a long time ago, and thus Roger and his partners (Bitmain & others) set out to try everything they could to stop this. There were years of debates, roadshows, conferences, and endless discussion over how to scale Bitcoin. During all of this, Core never budged. They would accept nothing less than high fee Bitcoin. There was talk of Bitcoin being used as a settlement layer, not like cash that the average person can use. Institutions could afford the high fees to transfer large sums between each other, but that would shut out the average guy trying to buy a cup of coffee at a cafe that accepts Bitcoin. I commend Roger and his team for trying all they could think of to thwart a private company trying to exert control over Bitcoin. Eventually, as Core forced the SegWit activation, the decision was made to fork the currency and create Bitcoin Cash, with big blocks and low fees. The massive valuation comes from some of the community believing that Bitcoin Cash embodies the vision they signed up for, not a settlement layer with fees that put it out of reach to the common man. The competition now turns to the marketplace to declare a winner or winners.

I am a believer in low fees and big blocks, but I still don't have much use for Bitcoin Cash right now. There was a branding issue with this fork. Bitcoin Cash is not Bitcoin. It can't be used when paying Bitpay merchants, and most of the ecosystem doesn't support it. More than 5 years of business layers have been built on top of Bitcoin. More than 5 years of effort, VC funding, coding, marketing, and branding. All surrounding Bitcoin. The real deal, the top dog. Now Bitcoin Cash may make a run at converting many of these users, merchants, advocates, and organizations, but certainly that will take some time, and adoption is certainly not guaranteed. Bitcoin Cash was a strong move in favor of low fees and big blocks, but I think the branding of "Bitcoin" is simply too strong. The odd thing is, we have another chance at this coming up in November.

The next big forking showdown is coming in November, and sides are already lining up their support. Bitpay recently released this blog about how to upgrade, telling users to download the SegWit2x instance, aka BTC1. BTC1 is essentially the same as our current SegWit-activated Bitcoin, but changing the block size limit from 1MB to 2MB, in line with what the majority of the community wants. The BTC1 GitHub page can be found here. Bitpay holds a ton of weight in the Bitcoin ecosystem, and this blog post encouraging users to upgrade to the BTC1 instance has Core's panties in a bunch. Just scroll down the replies to this tweet and see the avalanche of hate they are getting right now. This is Core's anger to the notion that the community may brand a different GitHub project as the real Bitcoin. This is a direct response to Core not taking into consideration the leanings of the community as a whole, instead choosing to push the Blockstream agenda.

What Roger Ver & company did was admirable, but I think it was a mistake to brand the new currency as something other than "Bitcoin." It seems like we have a chance to correct that mistake in the SegWit2x showdown set for November. If we as an overwhelming majority decide to brand the SegWit2x chain as "Bitcoin," the influence of Blockstream will cease to hold weight. Right now they are clinging to the Bitcoin GitHub as being generally accepted as "Bitcoin," but I feel the community can come together and change the definition. If the BTC1 GitHub is generally accepted as "Bitcoin," then the SegWit2x chain becomes the ~$70B elephant in the room.

If Core refuses to implement SegWit2x, which appears to be the case, I propose branding their chain "Bitcoin Core" and the SegWit2x chain "Bitcoin." Over 90% of the hashing power and this huge list of big players want SegWit2x:

The key is keeping the name. If this overwhelming majority wants the SegWit2x chain to be "Bitcoin," we have to start the branding as such ASAP. Let's force the name change on Core and take back the peer-to-peer electronic cash system that Satoshi envisioned.

bitcoin
4년 전 by cryptoblast34
$0.00
2 votes
댓글 남기기 1
Authors get paid when people like you upvote their post.If you enjoyed what you read here, create your account today and start earning FREE STEEM!
STEEMKR.COM IS SPONSORED BY

What Bitcore Users Need to Know To Be Ready for #Segwit Activation | The BitPay Blog blog.bitpay.com/bitcore-segwit… #Bitcoin

The best time to raise the block size: https://t.co/QgVEzpfo6D