Bitcoin Nearly Hits $8,000 and Cryptos Skyrocket After Segwit2X Fork Is Called Off There was a lot of speculation about what would happen to bitcoin after the planned Segwit2x fork on November 16th.

Well, we got to find out a week early as news came out today that the Segwit2x fork has been called off.

The suspension was announced today in an email written by Mike Belshe, CEO and co-founder of bitcoin wallet software provider BitGo. One of the leaders of the Segwit2x project, he argued that the scaling proposal is too controversial to move forward, saying,

"Unfortunately, it is clear that we have not built sufficient consensus for a clean block size upgrade at this time. Continuing on the current path could divide the community and be a setback to Bitcoin’s growth. This was never the goal of Segwit2x."

As the news quickly made its way into the market, bitcoin surged to another new all-time high of $7,845, but then quickly pulled back to where it sits currently near $7,350.

Altcoins surged on the news as well with most heavily in the green. The cryptocurrency space as a whole now sits at a new all-time high of over $206 billion.

The summer and autumn of bitcoin forks is now complete… and despite many naysayers saying the forks would destroy bitcoin it is as strong as ever. Bitcoin combined with the price of Bitcoin Cash today, near $650 means the total value of those who held bitcoin prior to August 1st is $8,000.

The price of bitcoin on August 1st was $2,735, meaning it has tripled since.

But, news is just coming out now that some bitcoin miners are planning to move ahead with the Segwit2x fork on November 16th as planned.

Bitcoin is a completely free market creation and because of that there is never a boring time in bitcoin. The market will always be adjusting as various actors implement and modify code and the technology.

There is no government regulation and no centralized bitcoin company, CEO or group. So, we are getting a firsthand look at how a completely free market money and finance technology develops.

So far, as you can see, it has been very profitable!

Join us at Cryptopulco at Anarchapulco and the TDV Summit in February in Acapulco, Mexico where many of the biggest players in the crypto space will be gathering like they do every year to give you the best information, analysis and advice.

And to get our best analysis and advice make sure to subscribe to the TDV newsletter HERE. We release two full issues per month and regular special alerts along with access to many of our books including Bitcoin Basics and The Book of Satoshi along with access to our private subscriber’s only Facebook group with thousands of TDV subscribers worldwide who can help you if you are new to cryptocurrencies.

If the miners do plan to continue with the Segwit2x fork we’ll be updating subscribers first on its implications.

bitcoin anarchy money finance crypto
2년 전 by dollarvigilante76
$68.47
472 votes
댓글 남기기 61
Authors get paid when people like you upvote their post.If you enjoyed what you read here, create your account today and start earning FREE STEEM!
STEEMKR.COM IS SPONSORED BY

Hi ,
Very interesting read, Thanks you for sharing it!

I doubt it's really "called off". More like "delayed". Mark my words, it's gonna happen eventually.

Its never boring, it is super heart shocking in cryptos... One minute all go high up the other minute super high. To the moon bitcoin and all cryptos.

I agree, but I think will happen this year. The holidays are coming and people feel generous in times of the holidays...bitcoin action will continue I think, specially for the Japanese and chinese investors.

agree, it will skyrocket

If Amazon ever announces official support for Bitcoin, I can see it reaching 20k easily, no joke.

Yaa, i hope they announce it. That would be great for crypto coins in general but i heard that amazon wanted a more stable bitcoin before it could use it as a payment method. Right now it's a roller coaster lol

I don't expect Amazon to ever accept Bitcoin. Why would they? They are soooo big, they could just create their own coin.

Seriously, could you imagine the ICO for AmazonCoin? It would open at 1000, and pass Bitcoin within a week.

Ya, i see it coming at 10 k because it's a breaking news headliner to make like the world wide news hehe...10k bitcoin could be a political though

If not in December I'll say most definitely by February. Especially with the fork called off.

BTC seems as though it's stabilizing right now, like I said it will for the next week or so. I'm expecting it to have another huge jump late this month or around or a little before Xmas.

Definitely it will reach 10,000 before the end of this year.

my bets on it too bro

Good news for the community. The consensus just wasn’t there. With no replay protection a fork risked coins on both chains. I’m not sure it’s gone away. If the chain gets congested again we are likely to see 2x back on the table.

Thanks for the update

And steem is recovering its price, good news for holders!

Yeah, the fork was cancelled and it's effect can be seen. Now most of the cryptos are going up. Steem going up....Yay. 😋

Thanks @dollarvigilante for the awesome news. :)

I can't wait for @jeffberwick to start walking the dogs again......LUCY SITz

Now alt coins that have been idle are all looking good, people are getting back into the alt coins which I hope many picked up while this was going on, bitcoin was going higher and higher due to the fork and anticipation, now the alt comes ma will play catch up, time to get me some more Etherium and litecoin before it doubles! 🤑

Amazing news @jeffberwick, I never thought the market cap would surpass $200 billion this year. If bitcoin grows as it has this year, we could see it at $100,000 by end of 2018. It's never going to be boring in this crypto market, so much excitement coming up :)

Time and time again, people have said that some event was going to destroy cryptocurrencies. This has gone on long enough that 99bitcoins.com even has a list of all the times the media has said Bitcoin would die. As is pretty obvious to us all, that has never been more incorrect as it is now.

Every day it seems, Bitcoin and other cryptos are pushing their all time highs and proving their longevity to the world. Even this news, which could be spun as an inability to improve upon the current tech, has shown how Bitcoin survives despite all the concern about it. If mainstream media looked into the matter(which they rarely do) they would see that the "failure" of Bitcoin2x was not a failure in crypto but rather a triumph in how much concensus matters in this world.

It did not fail because of a technological fault, but rather due to a realization by the core proponents that it would split the community and risked having minimal adoption. This shows immediate reaction to the community and seeing outside of one's own ambition.

This is just the start of the revolution!

TLDR: Bitcoin 2x stopping because devs cared about the community is a success not a failure

I'm glad that the fork was canceled, now all the violas have gone up. Dmayu will be even better. We live like a volcano, you do not know what to expect.

It is very interesting to see how little by little, as bitcoin gets more and more volume, markets consolidate and more and more investors and traders start jumping in. The reactions become more and more similar to those of traditional markets. For me, this is a clear sign of consolitadion.

That was a damn good idea for the legion to not get behind something that was totally unnecessary.

it's crazy! seriously! all of us are profiting from this uproar and we hope it will continue. are you invested. take a chance soon if not. ;)
our fund had a great performance this month.
vote up if you posses cryptoooo!!!

Alt's are soaring right now! Let's hope it keeps up! To the moon!

Also, I think we will begin to see BTC stabilize here in the next week. Alts should continue to rise a bit depending on the coin. IOTA is up 30%+ today alone. That's one of my favorites too. I wanted to pick some up before this spike happened. -_-

I'm glad seg2witx was cancelled, i wasn't really excited about it.
I think between Christmas and 2018 Bitcoin will reach 10 000$.

there willl be fork anyway
https://lists.linuxfoundation.org/pipermail/bitcoin-segwit2x/2017-November/000689.html

Just bought bit of Bitcoin and Eth....a couple days ago.

O no Bitcoin and Cryptos off

Great news for us @dollarvigilante

The news was quite sudden and overall positive because the FUD was gone. As soon as my alts went up, I dumped most of them for bitcoin.

I believe bitcoin has a chance to go up alot higher! 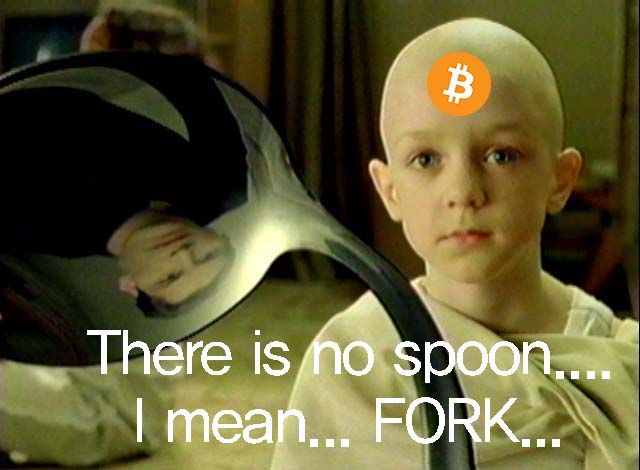 The Segwit2x hard fork is canceled but the scaling problem remains. However, the community needs to find a solution with a good consensus mechanism in place.

Bitcoin will ultimately be ungovernable and developers don't control what them miners do.

A bit of offtopic, but just wanted to say thanks for the latest Anarchast show about Trive!
I reposted it on my page
https://steemit.com/blockchain/@flodner/david-mondrus-ceo-of-trive-killing-fake-news-jeff-berwick-interviews-on-anarchast

Great post!In fact, because people are wildly unpredictable and there are such vast sums of money and pride at stake, nearly any outcome is possible. One chain could destroy the other completely, both chains could co-exist, one chain could be more valuable, or the fork might somehow be avoided altogether. Nobody knows, and if there’s anything the market hates, it’s uncertainty.

It will keep going up as it becomes more mainstream, soon you will see Banks and governments going into bitcoin, and perhaps even making there own cryptocurrency.

The crypto world is never boring is an understatement. What a big day for the alts after the segwit2x announcement. Does anyone else think the market is finally capitalizing more?

Dude.. bitcoin can't be profitable - it doesn't have a value add proposition..

Bitcoin is currently within a huuuge bubble... Won't end well.. Central banks have been in control for 300 years, not gonna give up so easily If Bitcoin drops 20% because Jamie Scumbag Dimond opens his mouth, what to you think Bitcoin will do when the IRS decides to slap on the rubber gloves and asks it to bend over for their exam???

Great post! Speculations are that Bitcoin will hit 10k by the new year.