4 Bitcoin Alternatives That You Need for 2018

Forget bitcoin. If you want superior returns, you have to check out these altcoins to buy in the new year!
Shutterstock
Whether you appreciate cryptocurrencies or think it’s a scam, you’ve undoubtedly heard of bitcoin. Even Mad Money‘s Jim Cramer rails on about the digital token, though obviously not in a pleasant way. Perhaps he feels that he missed the boat, which is surely a common motif. But if you’re still willing to risk diving into the blockchain, bitcoin alternatives, referred to as altcoins, are your best bet.

Just what are altcoins? The term comes from the combination of two words: “alt” for alternative, and “coin” for virtual currency. Simply put, altcoins are cryptocurrencies other than the original bitcoin. A few years ago, these alternatives didn’t get much coverage. But with bitcoin soaring well above $10,000 last November, altcoins to buy lists are sprouting like wildfire.

The reasoning is patently obvious: bitcoin stands alone in terms of pure pricing. According to Coinmarketcap.com, bitcoin cash has the second-highest unit price, at approximately $2,450 a pop. Only one other digital token, dash, has a four-digit price point.

Psychologically, investors prefer to acquire whole units of an asset, not “fractional ownership.” Doing that with bitcoin is cost prohibitive. But with several altcoins to buy priced well under $10, these tokens are much easier to procure in whole.

However, not all cryptocurrencies are identical. Some have a distinct advantage over others, making them ideal bets, especially for newcomers. Here are four altcoins to buy in 2018 if you missed the bitcoin train!

5 Stocks to Buy for the Marijuana Megatrend
Bitcoin Alternatives: NEM

Source: Shutterstock
I first featured NEM as a cryptocurrency idea for our InvestorPlace readers last October. With a then-price of less than 21 cents, NEM was one of the cheapest major altcoins available. Given that my article was one of the most heavily visited on the topic, I sincerely hope my readers acted on my suggestion. Today, the NEM price is a dime under $2.

If you’re doing the calculations, NEM jumped approximately 800% in two-and-a-half months. You will not find such performance buying and holding equities in the pedestrian stock markets. My absolutely best stock idea, Bitcoin Investment Trust (OTCMKTS:GBTC), gained only 447% in half-a-year’s time. In contrast, you can take smaller-sized risks with altcoins, and make more money than you would in the traditional markets.

Of course, most people might get discouraged about the 800% move, thinking that the best is behind us. Consider, though, the remarkable case of ripple. Like NEM, ripple is a heavily diluted token, with nearly 39 billion coins in circulation. That hasn’t stopped ripple jumping from 19 cents to nearly $4 in the past three months.

More importantly, NEM arguably has a better blockchain. While ripple is exclusively focused on streamlining bank transactions, the NEM blockchain is open to multiple applications. Furthermore, businesses are attracted to NEM because its blockchain is scalable to increasing demand.

Given the success of similar altcoins, you’d be crazy not to try your hand at NEM!

5 Stocks to Buy for the Marijuana Megatrend
Bitcoin Alternatives: Ethereum

Source: Shutterstock
Prior to the aforementioned ripple coin’s rally, ethereum used to be the number-two cryptocurrency by market capitalization. Despite ripple’s shocking price explosion, ethereum still commands tremendous respect. Coinbase, the world’s most popular cryptocurrency exchange, offers ethereum on its trading platform, not ripple. But it might surprise some newcomers that ethereum isn’t the original coin that bears its name.

That honor belongs to ethereum classic. The entire story of how ethereum and ethereum classic were born is beyond the scope of this article. But a long story short, in the run-up to creating a fully-fledged market for the original ethereum, a hacker exploited a loophole in the system, draining out ether tokens. The crypto community panicked as ethereum backers debated on a solution.

A consensus of suppo 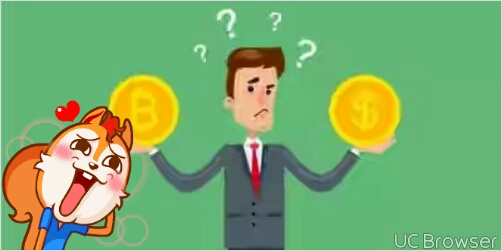 bitcoin informative shutterstock
3년 전 by henru25
$0.02
4 votes
댓글 남기기 5
Authors get paid when people like you upvote their post.If you enjoyed what you read here, create your account today and start earning FREE STEEM!
STEEMKR.COM IS SPONSORED BY

Yup, I guess NEM is a pretty good alternative to Bitcoin hahaha

Anyway I also wrote a piece about paying taxes when trading cryptocurrency, feel free to check it out and leave an upvote! :)

stevensteel u too upvote this

Yup, I upvoted this! I also followed you - would love if we could connect on Steemit and support each other on this journey!