If you are aware soon transactions on BTC will be almost free and super fast. All due to LN which should be implemented around May of this year (bullish date!).

Currently on of providers made a Eclair Wallet on testnet that supports this technology. Works on Android only.
https://play.google.com/store/apps/details?id=fr.acinq.eclair.wallet Now you have testnet wallet with coins.. what to do? Well enter Starblocks - https://starblocks.acinq.co The LN test coffee shop. Fun way to test how future technology will work and support fun company.

bitcoin blockchain cryptocurrency money technology
2년 전 by kingscrown81
$231.53
318 votes
댓글 남기기 73
Authors get paid when people like you upvote their post.If you enjoyed what you read here, create your account today and start earning FREE STEEM!
STEEMKR.COM IS SPONSORED BY

Good luck with that. May isn't guaranteed and a lot can change in that time. New challengers are always just around the corner and Bitcoin hasn't done much yet to speed things up and make transactions cheaper. I guess I'm still in the "I'll believe it when I see it" camp for now.

Yeah it seems the general rule is slow and safe-ish or fast and breakable. I'm interested to see how some of the newer coins deal with attacks on their networks, we've already seen iota get hammered and have yet to see a big raiblocks attack. Each coin's dev team will have to come up with innovative solutions when transaction fees are so low or near-zero.

Bch is getting terabyte blocks with 7 million tx per sec!? Damn! Segwit and lighting need 3rd party permission to function on a massive scale. That's a big problem. https://twitter.com/VecchioAsh/status/953051924668076032

I'm new to Steemit, it would be very helpful if you follow me and vote on my blog. @Fyahconde Check my content ... little by little I'll upload more and more.

Success and a Thousand Blessings for all.

Sweet. BTC needs it. Transactions are slow and expensive. This is definitely bullish for BTC...

Thanks! I keep telling people and all the Bitcoin Cash pushers that
the devs, the LN, etc, are really going to solve all of these scaling and trx time problems, so just hold on and accumulate what you can now. With all the gains this year it's hard for most to grasp that BTC's price is still "low" right now.

I keep telling people and all the Bitcoin Cash pushers that the devs, the LN, etc, are really going to solve all of these scaling and trx time problems, so just hold on and accumulate what you can now.

I certainly hope that the Lightning Network will solve all problems, but I do not believe it to be any magic bullet. What Bitcoin really needed was a modest block size increase already previous year plus lightning network.

I believe core is going to actually do a big block increase when LN is up and running and is used on 60% of all transaction got it from some reddit posts of core updates.

there is no soft forking way about going for bigger blocks. bitcoin core doesn't like hardforking unless its a must.. im a bitcoin maxamalist and i believe if bitcoin cant make it none other can. im patient. we need a currency that will stand the test of time and be there for the people that need and depend on it, no unnecessary risks

The funny thing is that most of the "small-blockers" who said "hardforks shouldn't be done, as they can cause a harmful chain split" later were rallying in support for UASF, apparently ignoring the fact that any attempt on forcing through a contentious soft fork with less than 50% mining support most likely would cause a harmful chain split. I think that's rather dishonest. It seems to me that the "hard fork"-terminology has been invented just for the purpose of keeping the current capacity limit unchanged, rather than the hard fork cost being the real reason why the capacity cannot be raised.

I tend to believe that deliberately failing to meet market demand is by far the biggest risk to Bitcoin. By now Bitcoin is down to around 33% market dominance according to coinmarketcap, that's dramatic! Only once before has it ever dipped below 50%.

What we're seeing now is an uncontrolled inflation in the crypto space, as people rather hold altcoins than Bitcoin. It would be OK if there was one dominant worthy competitor to Bitcoin taking over ... but it isn't, people prefer to invest in the newest crypto currency project in the space, hoping it will grow from near zero to a lot.

Well I got BCH because BTC was just plain hurt...

It seems you were right, the transfer fees charged for transferring bitcoin has reduced drastically recently. Still a long way to go before the mainstream inclusion of bitcoin as a payment method.

Seriously as soon as this is stable and tested and in the real world BTC is going to triple if not more! Stock up babes! :P

In other news, Lightning is already working on the main chain - with one VPN-provider accepting lightning payments already. I really hope Lightning will "save the day" for Bitcoin, but I don't believe so. 2 MB block size already previous year + lightning this year would have been good, but I'm concerned Bitcoin will never get back to its former self now that it has even dipped below 33% crypto market cap according to CoinMarketCap.

I find it hard to believe lightning to be a silver bullet. For one thing, one still needs capacity on the blockchain to open and close channels. There is the network effect, why would one want to fund a channel if there is nothing to spend lightning on. Adoption will be slow - with SegWit all that was needed was to upgrade software and distribute new addresses, it was all fully compatible with the existing Bitcoin network - with Lightning the receiver must be on the Lightning network as well (and on the same network - I'm concerned we may get several isolated "network islands" on Lightning).

... just to mention a few problems I see with Lightning.

Very bullish, investigated a lot in LN recently and it will really change the picture totally. Combined with the pressure on Coinbase to implement Segwit and make their systems more efficient BTC could be very useful as medium of exchange soon!

BTW do you know a wallet that supports main net lightning already? I want to play with real BTC and buy VPN on Torguard (they accept LN main net payments, but I can't find a main net wallet). When I bought it myself I plan to write about it and promote it via their affiliate program (promote LN and the first company to adopt and make some money).

Not user friendly yet.

when will BTC reach one million USD

With the implementation of the lightning network it might reach that million mark in a few years. I was getting worried for bitcoin in the last couple of weeks. The price has stagnated while other coins are surging.

I've tried eclair wallet i like it....
This is going to make bitcoin competitive again with the rest of the cryptocurrencies...

If Btc no changes their charges fee they will fall rapidly, so now time for decision @kingscrown

i am new in steemit please support me friends

That's a good news for Bitcoin lovers. Start stocking up Bitcoin in the dip.

I almost thought starbucks got into the crypto game with Starblocks. I do like the name though.

You stole my comment...lol, I figured I'd read all of them before I posted. Seems like a dope concept hope it works May is so far away with everything that's been happening since Nov. it's going to be interesting.

Thanks for the info.

Good to know about that.

so crypto currency is taking over and yet the Elite bankers and media still deny it and say it a bubble that is going to burst in a tragic way!!! Bankers and their bullshit!!

I prefer an pre workout drink called "Explosion Ripped" in the morning with my organic brown green powder.

Sure hope so. The transaction costs on Bitcoin right now are painful!

Informative post about bitcoin trading market, blockchian technology and Cryptocurrency. Thanks for sharing ;)

This is truly an enjoyable, pleasurable way to make money. Thanks for sharing.

That will be lovely, we are anxiously waiting for that, currently their transaction is costly and slow. thanks for sharing.

Faster and cheaper transactions will be good for the market as a whole.

Thanks for the information but how do you know that they will implement lightning network in may?

Awesome read - does anyone know when and if they'll be looking at implementing it on iOS?

God I hope the bring this in faster! The fees are getting ridiculous.

this gives btc a promising future. time to buy

thank you for sharing ,, the information is very helpful...
@kingscrown

will it be only for BTC or as well for ETH ?

That's great news. cryptocurrency will be be more successful if there transcription becom fast and fast..

Really great information to give us & thanks for sharing this article.

The bitcoin devs are very conservative so expect well developed and well tested code. Has taken a long time but it's nearly here 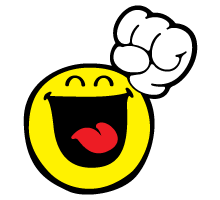 Actually they've suggested this would be released for ages now but never done it. But it will be great to see the Bitcoin Segwit-Lightning Combo able to finally move on and become a viable payment method again.

Eventually, I think we will see the new Bitcoin Segwit/Lightning providing a whole new take on blockchain use competing with Bitcoin Cash as a more "conservative" and fundamental approach.

Given all of the current issues, this day could not come too soon.

Hope it will solve issues asap

I hope that the price of the coins sooner will increase.
If it increases the price, then we will bring a lot of good things for our steem and everyone. crypto will have us... @resteemed

Once BTC fixes the transaction speed & fees, it is going to rocket the prices. So I have till May to trade Altcoins and makes some profits quickly and buy more BTC and buckle up my belt for the launch!

All the best
Ever green. @kingscrown

Thanks for information and advice! I have no idea how to start btc but I would love it! Great post!!

So hold btc it will hit 50k

oh that's a great news for bitcoin and crypto lover :) thanks for letting us aware about it :) you are so kind man

I heard that it only works with parties that are set up together and not random send/receives ... is that correct ?