Bitcoin broke through the $8,000 price mark this morning, reaching an all-time high of $8,100, thumbing its nose at the growing chorus of doomsayers reacting to the financial industry’s rising interest in the cryptocurrency. The price in the afternoon had dipped below the $8,000 mark, but the past week’s trend has been positive. 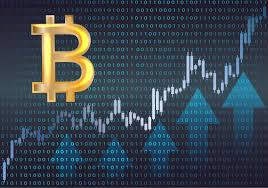 The recent surge follows a near 29% plunge from the previous high of $7,562.47 on Nov. 5 to $5,650 on Nov. 12. This past week’s rally followed a $38 billion loss in market capitalization after the SegWit2x was canceled on Nov. 8. The recent volatility has been credited to the cancellation of SegWit2x, which caused some investors to move their holdings to altcoins, one sign being the near doubling in price of Bitcoin Cash.

Bitcoin’s entry into the mainstream financial markets is believed to be driving its ongoing gains. CME Group’s announcement to launch bitcoin future contracts has attracted interest from the financial community, signaling an institutional capital influx.

As a result of the institutional interest, Coinbase announced plans to offer a cryptocurrency custodial service targeted at institutional investors with more than $10 million in crypto assets.

Wall Street investors have also bestowed favor on publicly traded companies that expand into bitcoin. Square, a payment processor, got a price bump after inviting some users to test its Square Cash app to buy and sell bitcoin.

In addition, the completion of the first off-chain “atomic swap” has also driven confidence in cryptocurrency. Lightning Labs traded testnet bitcoin for testnet Litecoin without leaving any trace on either currency’s blockchain.
While the cancellation of SegWit2x pulled bitcoin’s price downward, some see a silver lining.

Spencer Bogart, head of research at Blockchain Capital, told Bloomberg Quint that despite the fact that the fork was called off, there are those that will follow through with the intended fork. As a result, some capital is rotating out of other crypto-assets and into bitcoin to ensure they receive coins on both sides of the fork.

The continuing bitcoin surge is noteworthy in light of the fact that it comes despite warnings from several financial experts that bitcoin is a bubble destined to implode. The fact that more financial observers are paying attention to bitcoin reflects the financial community’s rising interest.

James Gorman, chairman and CEO of Morgan Stanley, claimed that bitcoin doesn’t deserve the attention it is getting.

Legendary investor Warren Buffet said there’s a “real bubble in that sort of thing.” The most infamous quote of all is left to JP Morgan Chase CEO Jamie Dimon, who said bitcoin is a fraud.

bitcoin
3년 전 by nemesisdumentis14
$0.00
10 votes
댓글 남기기 1
Authors get paid when people like you upvote their post.If you enjoyed what you read here, create your account today and start earning FREE STEEM!
STEEMKR.COM IS SPONSORED BY