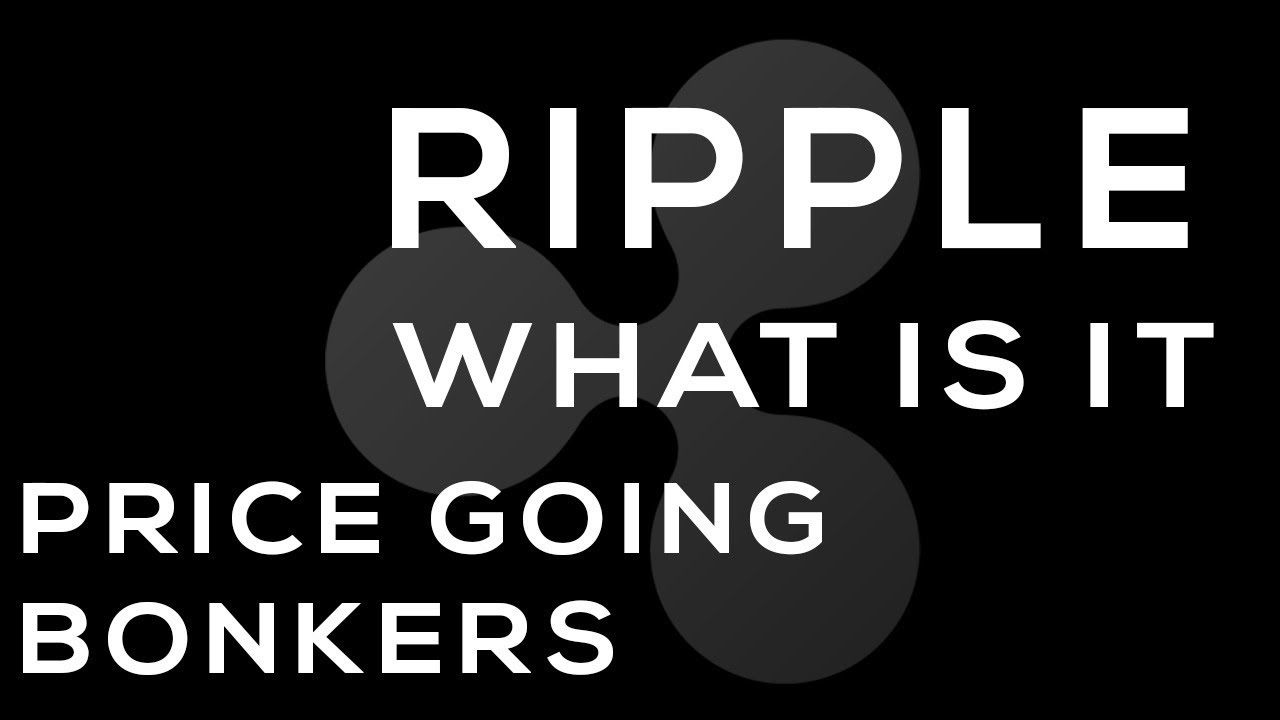 Ripple was one of the first cryptocurrencies that I invested 50% of my savings in. Why? I believed in the technology, I liked their team and I appreciated their practical approach. I had to wait a long time to make a 'serious' return on my investment while I watched other coins shoot up to the moon. Sure enough, Ripple caught up to the rally finally and it was a wonderful day.

When Ripple reached $0.80, I cashed out most of my profits anticipating a drop which seemed to be obvious as most cryptos fall due to profit taking after a big rise and Ripple has been particularly sensitive in this matter in the past. The profit taking with XRP had always been rapid and the most brutal sometimes erasing all gains. Even worse was the situation with Ripple Swell. The price kept dropping all the way during the 3 days event which was unbelievable! Speaking of unbelievable, what we have in front of us now is equally surprising. Massive pumps day after day without any retracement. It didn't 'correct' with the rest of the market and has been on a strange pumping spree.

Now if this had been natural, I would be jumping all over XRP and be all excited that my favorite cryptocurrency is killing it but unfortunately it's everything but natural. Adding to my suspicions, when Litecoin hit 3rd place in marketcap for a day, we saw a massive pumping attempt to replace Litecoin and sure enough Ripple made it to the top 3. It is also important to note that during those days, the issue of listing new coins on Coinbase became more heated. Ripple's CEO shared a petition on his Twitter account for users to sign to list XRP on Coinbase. Soon afterwards, a deliberate attempt was made to hit that $1 price so Ripple would get press attention and it perfectly well did. It was on Forbes, BI and other prominent websites and suddenly people started to look up Ripple and XRP on Google and finding ways to invest in it.

Soon afterwards, there was a market correction which dragged everything down but XRP mysteriously stood its ground. We all know this hasn't been the case in past. XRP has danced to BTC's tune and when for instance BTC would go down 3%, XRP would take a 6% fall. This has been the norm but mysteriously enough the price was kept constant during the market correction. Now, we all know the correction is not over yet and BTC is going to drag the whole market down with it in a matter of days following the Head and Shoulders Pattern. So, XRP is suddenly up 20% overnight.

Funny enough, if you look at marketcap, Ethereum is at $71 Billion and XRP is at $67 Billion. That's a difference of just 4 Billion Dollars! It doesn't even need a push. If the price is kept constant and when Ethereum falls with BTC, Ripple will immediately be at 2nd place in market cap after Bitcoin. Now, there's all this talk of BTC losing its market dominance. It's not as popular as it used to be. People think it's slow and expensive. If you put the puzzle together, this might just be Ripple's chance to become the top contender for the throne, who knows it may even end up gutting Bitcoin and attempt a successful coup. The people behind XRP have been playing these games for years and they don't take any prisoners. I'm just putting 2 and 2 together and trying to explain things from my perspective based on my observations following the whole scenario. Let me know what you think. Thanks :)

bitcoin cryptocurrency blockchain money technology
4년 전 by success10134
$0.02
4 votes
댓글 남기기 0
Authors get paid when people like you upvote their post.If you enjoyed what you read here, create your account today and start earning FREE STEEM!
STEEMKR.COM IS SPONSORED BY