Bitcoin back to $17K USD by End of April!

So we've been through the hysteria of the moonshot to December with Bitcoin peaking around $20k and the manic panic of the crash in January which saw Bitcoin drop to $6k. We have now recovered back to $11k! Which represents almost a 100% return from its low of $6k within 2 months!

You may have heard of the cup and handle pattern. This represents a bullish pattern that most TAs froth over. Now that Bitcoin has gone through the motions of the up and down, guess where we are now folks? That's right back to the uptrend. Now that Bitcoin news has relatively quietened down, the smart money is starting to flow in again slowly but surely to take advantage of the carnage from January.

Here I present you with a possible pattern that can form over the next few months. I am calling a cup will form by the end of June which will bring us back to $17k! We may see a handle form after that which may take us back down to $16k but from there.... THE SKY IS THE LIMIT!!! and then maybe John McAfee may not need to eat his own dick O_O that would be quite the spectacle. 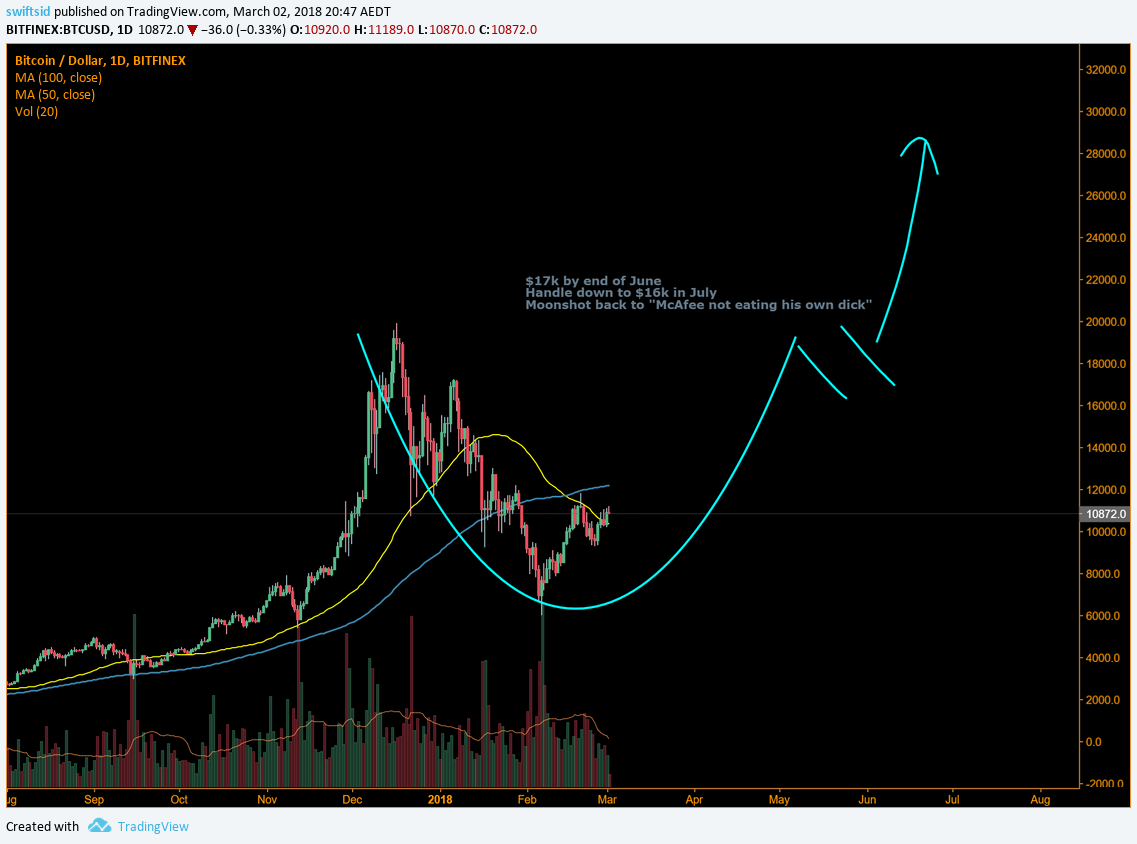 bitcoin btc cryptocurrency haejin philakone
2년 전 by swiftsid21
$0.21
2 votes
댓글 남기기 6
Authors get paid when people like you upvote their post.If you enjoyed what you read here, create your account today and start earning FREE STEEM!
STEEMKR.COM IS SPONSORED BY

Yeah i belive it will happen.

Yo man what up, I wanted to see if your down to support each other on Steemvoter.com

yeah mate, how do we go about it?

Ok perfect sign up to steemvoter.com and you click on rules then you add the people you want to upvote let me know if you need any more help and I can assist you and I will add you to my list as well! @swiftsid