An ethereum-based messaging app held an initial coin offering today, drawing in more than $50m worth of the cryptocurrency ether – as well as broad complaints from would-be investors.

At press time, the team behind Status, which is developing a mobile-based messenger and browser app, had raised 182,000 ETH – an amount worth roughly $64m in ether at current market prices.

Network data points to the creation of approximately 1.63bn tokens, with sales drawn from 3,341 accounts on the ethereum network.

Yet the sale quickly ran into headwinds as users began sending transactions to the announced smart contract address before it began. That backlog accelerated as more users tried to purchase tokens, triggering reports of failed transactions and accusations that the sale itself was flawed from the start.

But it wasn't just the network itself that got bogged down, according to posts on social media.

Wallet service MyEtherWallet saw a big uptick in activity, posting a notice to its website (since removed) that stated "if your [transaction] is not urgent, we recommend NOT SENDING TODAY".

Etherscan, a popular ethereum blockchain explorer, had to switch traffic to a backup site amid what founder Matthew Tan‏ called "the mania" among buyers.
History repeats?

The rush to invest and the subsequent network congestion problems have become common themes in recent ethereum-based token sales.

As the concept has gained market traction in recent months, the ICO model has been hailed by some as a novel way for startups to raise funds, while critics have argued it exposes investors to the potential for fraud in a regulatory gray area.

The raise comes just days after another ethereum-based project, Bancor, raised more than $150m at then-current prices in what was the largest coin offering to date. Like with Status, congestion quickly became a problem on the ethereum network, sparking complaints and criticism from would-be investors.

Another sale, held by browser startup Brave, collected $35m in a matter of seconds late last month. That sale, too, attracted criticism among those who were unable to purchase tokens given the lightning-fast completion. 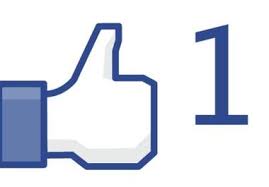 bitcoin ethereum cryptocurrency money ico
3년 전 by sycorex35
$0.05
3 votes
댓글 남기기 3
Authors get paid when people like you upvote their post.If you enjoyed what you read here, create your account today and start earning FREE STEEM!
STEEMKR.COM IS SPONSORED BY

they made some much traffic that the ethereum blockchain is unstable, and now ETH is crashing lol

Crashing is a big word as its at $335 at the moment. Might also have something to do with the Dynamic Ceiling Status had. You can read more about it in my latest post if you are interested.

Just putting my money on STEEM and BITCOIN not those ICO's...