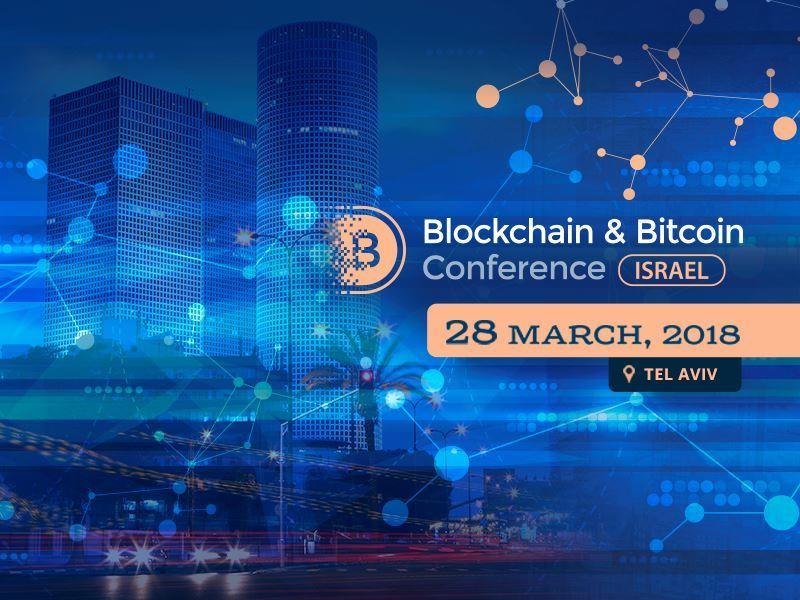 On March 28, Tel Aviv, Israel, will host Blockchain & Bitcoin Conference Israel, a large conference dedicated to blockchain, cryptocurrencies and ICO. Speakers will discuss the future of the crypto industry, and blockchain companies will present their new developments.

Blockchain community said that Israel is the startup nation. The country started to develop blockchain in 2015, and a year later, according to the audit company Deloitte, there were about 500 fintech startups.

In addition, according to the Bloomberg 2017 Innovation Index report, the economy of Israel is among the Top 10 most innovative world economies. It is not surprising, since the country allocates 4.25% of annual GDP to research and development.

Such a development of fintech is facilitated by the Israeli authorities. The country has a state incubator supporting startups. And Investment Law allows foreign companies to reduce the rate of tax deductions to 10%, which makes the state attractive for foreign entrepreneurs. In addition, the Israeli Venture Capital Industry ranked 5th in the world for venture capital availability.

Israel is also one of the countries where cryptocurrencies have no defined legal status, but are still subject to taxation. Israel Tax Authorities issued a statement saying that any business connected with cryptocurrency should pay taxes on profits. Thus, cryptocurrencies in Israel are in fact included into the legal field. In addition, the authorities have intentions to protect the interests of investors and entrepreneurs by controlling the ICO. To do so, the national securities regulator ISA has created a special committee aiming at finding out whether the securities legislation is suitable for ICO regulation.

The event will be held in the format of ‘conference+demozone’. The conference discussions will focus on the blockchain development in 2018. Being top experts, the speakers will share their experience of integrating blockchain into business, talk about the regulation of cryptocurrencies and tokens in Israel and abroad, as well as advise in which startups it is better to invest.

The demozone will bring together companies of the crypto industry from around the world, demonstrating their achievements and developments, as well as presenting their services.

The event is organized by the international company Smile-Expo, which has been carrying out events from the Blockchain & Bitcoin Conference network since 2014. Currently, its portfolio includes 16 countries. And Blockchain & Bitcoin Conference Moscow, held in November 2017, was the largest one in the CIS according to the Analytical Center under the Government of the Russian Federation. blockchain bitcoin cryptocurrency crypto news
3년 전 by chnorris48
$0.00
5 votes
댓글 남기기 1
Authors get paid when people like you upvote their post.If you enjoyed what you read here, create your account today and start earning FREE STEEM!
STEEMKR.COM IS SPONSORED BY