😎 Meet Ricardo, chef-entrepreneur 👨‍🍳 and the owner of the first “crypto 👨‍💻ATM” in Puerto Rico 🇵🇷

“I want to turn Arecibo into the Moon city... a first crypto miracle of the island,” explains Ricardo as we walk down the rows of abandoned buildings of the “ghost town”. Ricardo Esteva is 33 and he is the owner and chef of the small 5 years old artisan pizzeria located near the town hall plaza of Arecibo, “one of the oldest towns in Americas”. 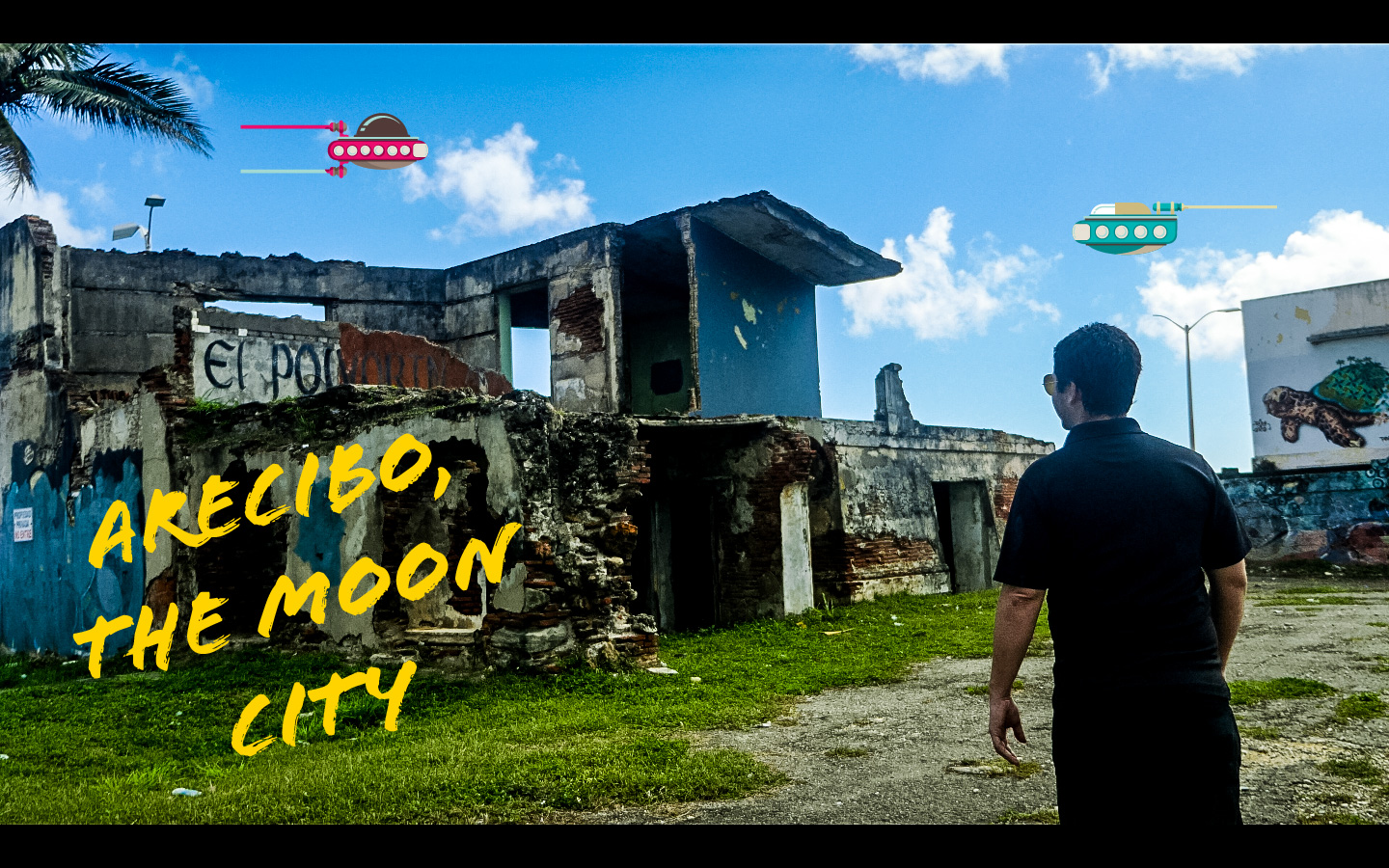 It's April 4th and we're on the western side of the island; if you keep driving the 2nd Highway you'll pass by Isabela, Aguadilla and then eventually arrive in Mayaguez (where the LINK event took place). Unlike its neighbors, Arecibo is not doing fine. Following the foreclosure of the local sugar and rum manufacturing, it has been gravitating towards the somber realms of the economic depression which has lead to social despair.

Arecibo was regarded as little New York of Puerto Rico. It was a very dynamic market... 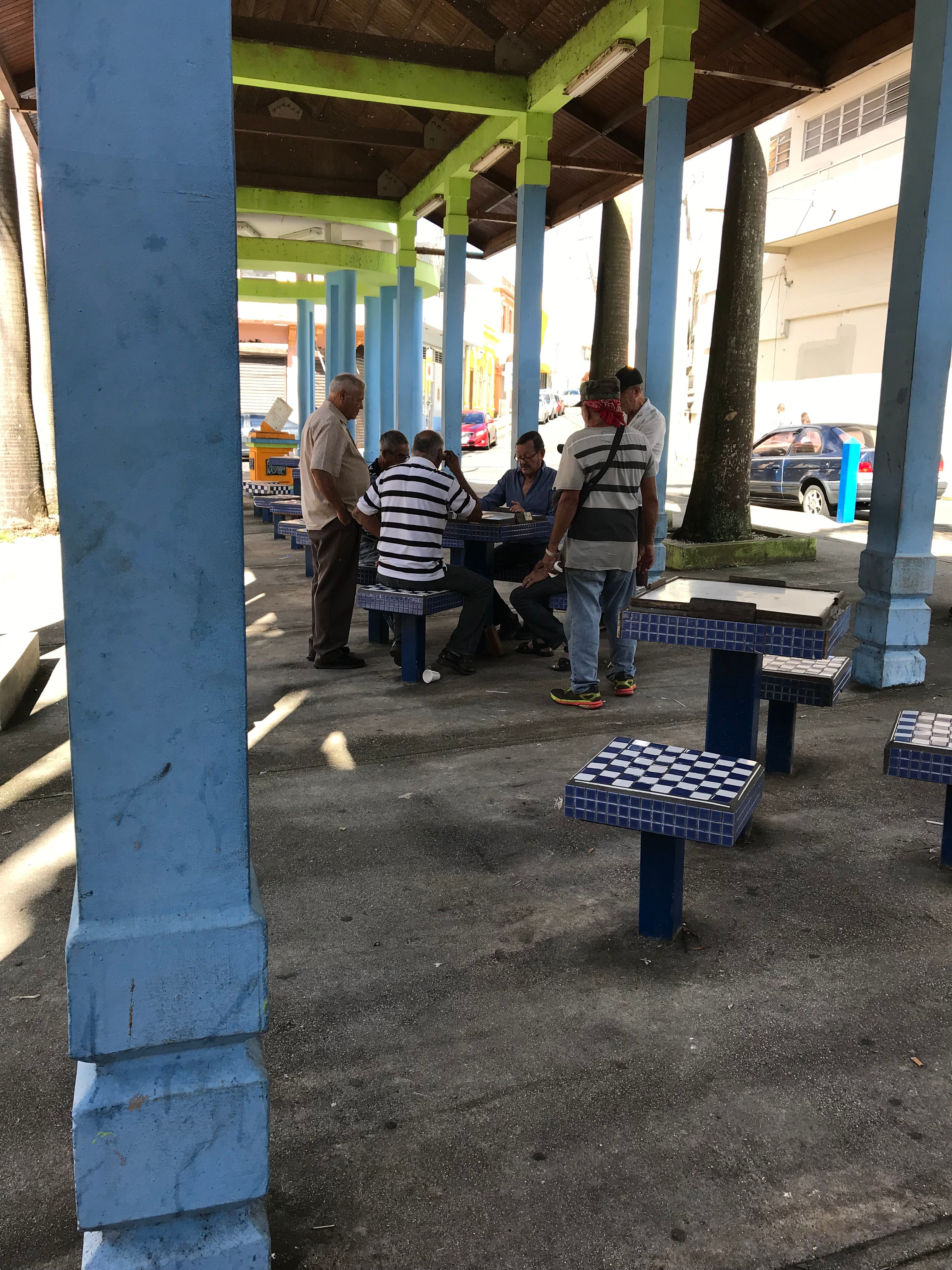 We stroll around the streets before sitting down for an espresso at Esteva 510–Ricardo's restaurant. He reached out to me via email once he learned about my project. Puerto Rico is a small island and information here travels very quickly. I talk to everyone I meet about my documentary on local entrepreneurial and crypto scenes; someone must’ve told him about me and here we are: sipping espresso, talking about tech, politics, and culture. One thing you can’t miss when traveling to Arecibo is its mosaic of bright murals covering two-thirds of all of the available walls (or at least that was my impression 😅). [Inspired by the Santurce mural movement in San Juan] Arecibo tried to make its own initiative. Two different groups arose and they started a mini-war amongst them. They competed against each other to make as many murals as possible in the shortest amount of time and to get the best walls.
-- Ricardo comments. 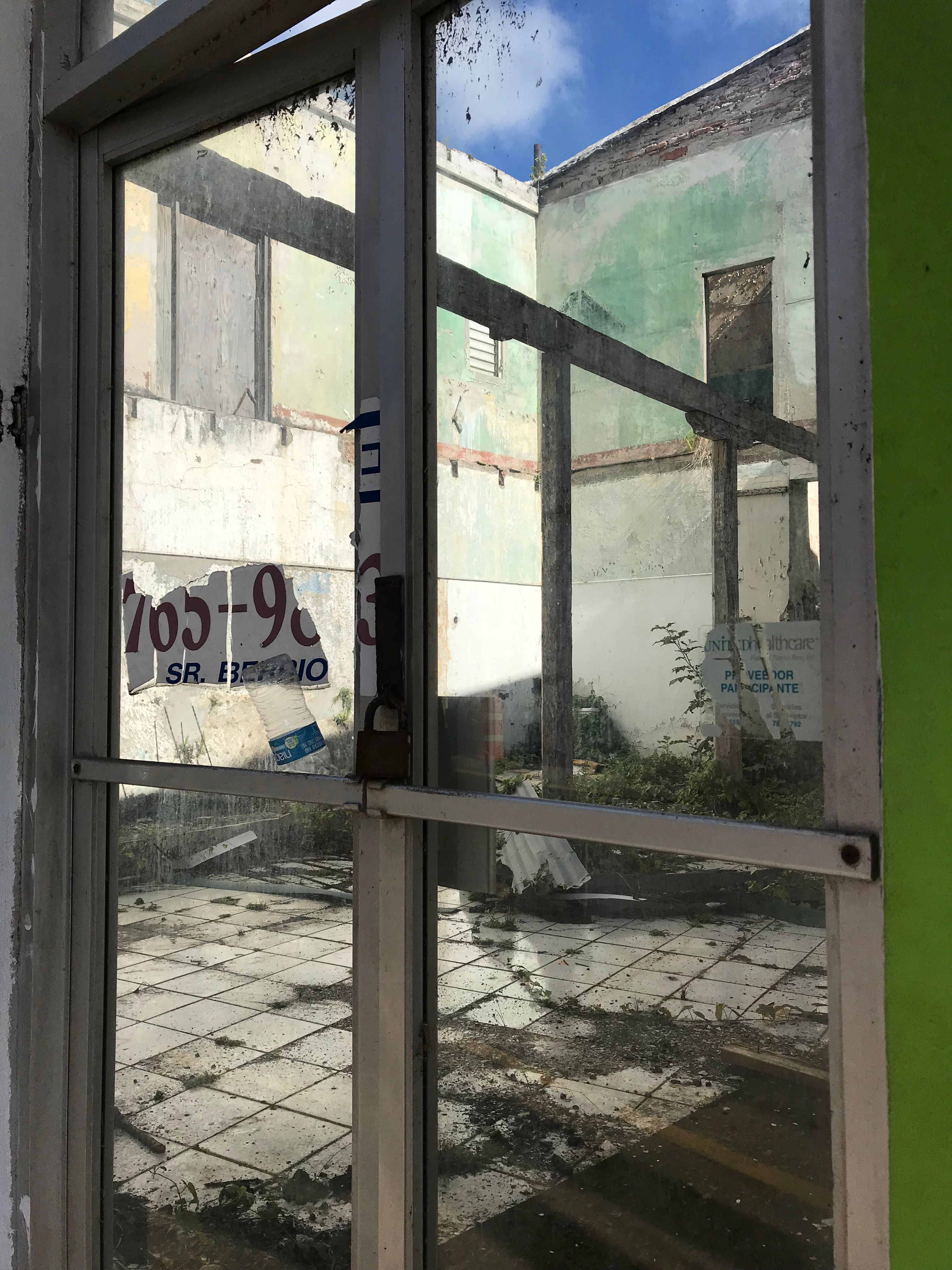 After the hurricane Maria, Ricardo got into Crypto inspired by his friend trading Bitcoin, tokens, and altcoins. Self-educating himself he started to get familiar with the Blockchain technologies, trading, and accepting crypto in his restaurant. Ricardo is a visionary. Working on educating his town about the benefits of the decentralized systems he is yet another passionate individual on the island building the bridges between the local and foreign investors for the benefits of his town. I am not really a techie. But I do understand how money works. Yo,u should always trust the head of the kitchen, a chef, with logistics. We're the best logisticians ever: we understand systems. As a restaurant owner I understand the importance of systemic applications. 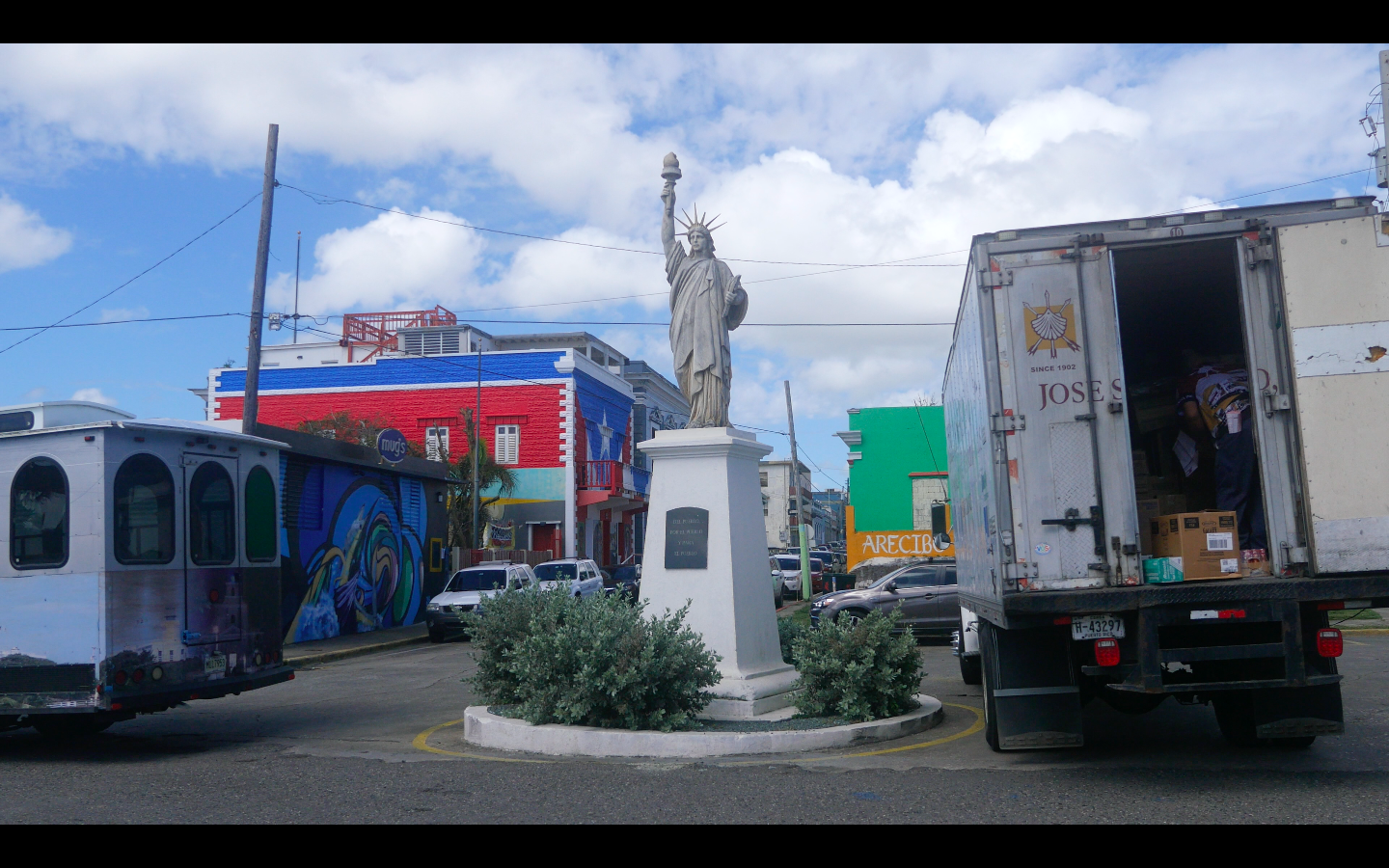 I hear many people on the island complaining about corruption and the inefficiency of the political apparatus. Ricardo illustrates his lack of trust:

We’ve been struggling with corruption for many years because of the centralized institutions... So Crypto is like an escape boat from that centralized system where you can trust the transaction and the processes because it’s ingrained in the system... When a policeman gives you a ticket here in Puerto Rico and you go pay your ticket suddenly that same ticket appears in your record and they charge it twice, three times, four times... since it’s centralized, who is gonna argue with them? On the April 6th, the Mayor of Arecibo, Carlos Molina Rodriguez, held a public forum at the Arecibo Country Club with the local entrepreneur and investors. Topic of discussion: mechanisms that will be used to transfer, sell, or rent over hundred dormant properties held by the municipal government. Carlos Molina and his administration are exploring the opportunities of reinstating the economy of the city in view of the situation concocting on the island. I couldn’t visit but Ricardo went there and texted a couple of times: 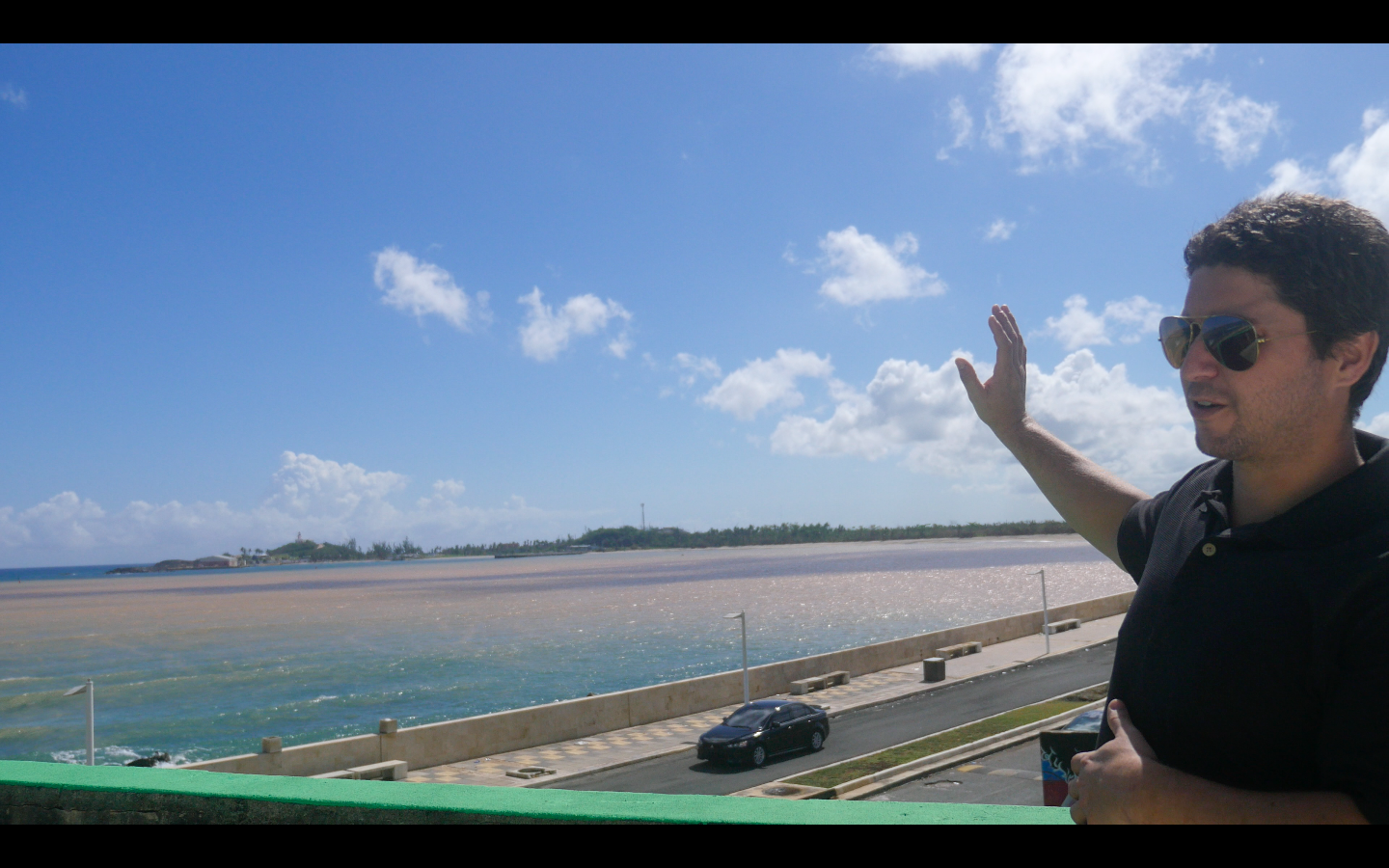 Chinese Thematic Park is 250 acres in Domingo Ruiz. Over 2000 jobs. First stage is a 300 million $ investment.

They have federal funding available for the developers too. I’m guessing around $25000. US federal government incentives for economic development. But it’s managed through the town hall.

I'd say that the whole situation with the Arecibo municipal properties deserves a separate investigation of it's own, so let me know in the comments down below if I should make a research on that topic and write a story for you guys? In a meantime, together with a group of Puerto Rican enthusiasts, Ricardo is working on the Arecibo conference to educate the local investors and citizens on the opportunities associated with the modern technologies. After the meeting, I went outside for one more quick walk. I saw the empty street and touched the stones of ruins. I remember daydreaming about the underground wheels starting to move—not underground but rather on some sort of invisible layer that some may call the city's spirit. Is this the awakening of the Arecibo's lion? Is this the Phoenix that will rise from ashes? I hope that the follow-up story which I am planning to prepare around August 2018 will remain this positive vibe and show us some visible progress. 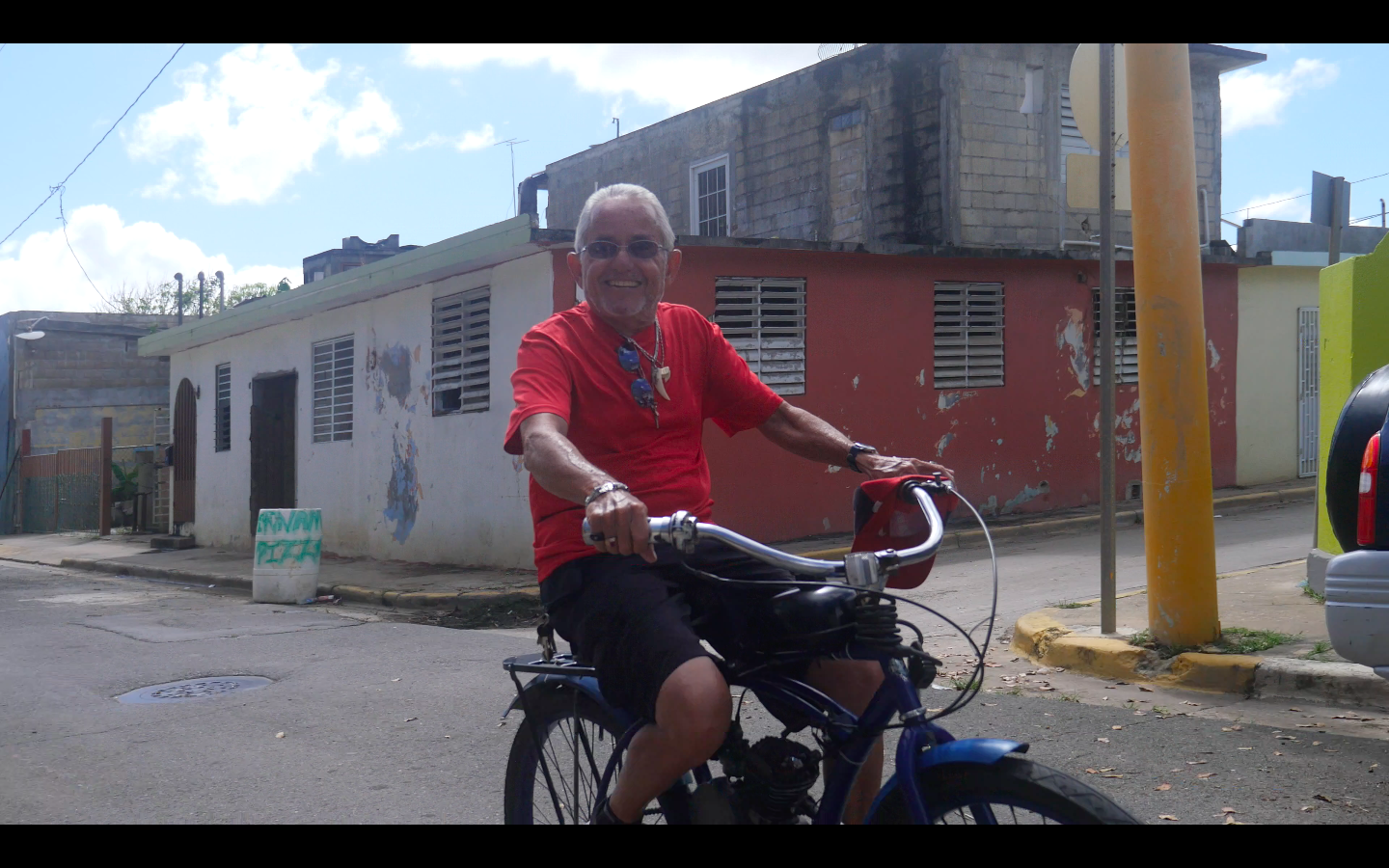 Boricua is the land of beautiful passionate people (la gente) that really love to share stories. Unfortunately, those stories are not really known outside the island’s community. The project “People of Puerto Rico” is a community-driven initiative to collect and publish the modern Puerto Rican folklore. The world deserves to know the stories of the Enchanted Island. Your support means a world to me

Hi! And thanks so much for reading. If you would like to support this project please upvote, resteem, or tag your friends in the comment section. If you have a story to share feel free to DM me on Twitter @kirillkich I love interviewing people and telling their stories.

blockchain life story steemit kirillkich
3년 전 by momentocat53
$61.55
76 votes
댓글 남기기 4
Authors get paid when people like you upvote their post.If you enjoyed what you read here, create your account today and start earning FREE STEEM!
STEEMKR.COM IS SPONSORED BY

That is cool and who wouldn't want to own a crypto ATM.

Where's the info on the ATM in Puerto Rico?! Let us know the details so everyone can use it if they need to!

This is a terrific article Kirill. Thank you for covering the entrepreneurs in Puerto Rico that are trying new things. I have heard many good things about crypto ATMs in other places like LA and SF, it is terrific that a Puerto Rican entrepreneur is seeing the future as well.