The Loom Network is vying to be the premier Ethereum based gaming and social app development platform, and if there’s truth to their claims they could get there sooner than anyone can believe.

The company claims to already have an Ethereum based infrastructure that is scalable, faster, and more stable than anything previous developed. Using the Loom Network, and the tools being developed by their team, developers could create global social applications, and massive gaming worlds similar in size and scope to World of Warcraft and similar MMORPGs.

Building DApps for gaming purposes is perfectly suited to tradable tokens. Games built from the Loom Network platform would have these features:

Social apps developed using this platform would also be unique from the traditional social apps. Imagine the following features:

Who Is the Loom Network 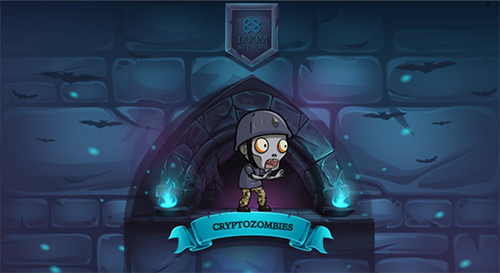 The Loom Network was founded by Matthew Campbell, Luke Zhang, and James Duffy in 2017 as a Platform as a Service (PaaS). It allows decentralized applications (DApps) created using the Solidity programming language to run on the Ethereum blockchain. The Loom Network is based in Bangkok, Thailand and has recently secured $25 million in funding from The Ventures, a China based venture capital firm.

Even though the project was launched in September 2017–6 months ago — it already has over 130,000 developers that have used it to learn how to write smart contracts using Solidity.

Other projects developed by the company include:

Speed and Scalability on Ethereum

Any decentralized blockchain network is reliant on the speed at which information is transmitted. With a global network of computers enabling tamper-resistant and transparent record keeping it’s critically important that the network has the speed and capacity to handle an increasingly large number of transactions effortlessly.

We all saw this in December 2017, when the launch of the virally popular CryptoKitties game brought the Ethereum network to a crawl as the number of transactions demanded by the network soared. Verifications became increasingly delayed, and network transaction fees spiked higher as a result.

The Loom Network has created their infrastructure in such a way as to avoid these speed and scalability issues. They believe that they can incentivize developers to build new DAapps and smart contracts by providing greater computing power, lower costs, and a network infrastructure that can handle any number of transactions.

One such use case would allow developers to use third party APIs that aren’t even on the blockchain. This means a developer could connect to Google Authenticator to use their 2-factor authentication service as part of the DApp they create.

Used in such a manner, the blockchain becomes the storage center for user data. Because it’s a decentralized network there is no chance for servers to be shut down by a centralized authority. Instead the community will have the final say over any DApps running on the blockchain, creating a pure form of digital democracy.

In a recent interview with VentureBeat, Duffy said he foresees a future where the Internet is composed of large-scale decentralized applications owned by the community, that are transparent and

“immune to censorship or control from a single party.”

The network has been able to dramatically increase the scalability of the blockchain by creating sidechains for each DApp — which they call a DAppChain — and it can run side-by-side with Ethereum smart contracts.

According to the Loom Network, this infrastructure would be capable of running a million CryptoKitties simultaneously. And it would do so without the slightest network congestion, speed issues, or impact on any other network transactions. This creates the possibility of running large scale Ethereum blockchain based apps without worrying about keeping the network decentralized, scalability, or even third party censorship.

Making things even more interesting is the software development kit (SDK) created by Loom Network, which will effectively allow developers (and soon non-developers) to rapidly code and deploy an Ethereum blockchain based DApp without becoming a blockchain expert first.

Loom also has a native ERC20 token that is quite unique in that it offers membership to all the dApps running on the Loom Network. It allows for the easy transfer of assets from the Loom ecosystem onto the Ethereum Mainnet.

This can also be thought of as some sort of “key” that will allow for the asset transfer to take place. For example, if you want to transfer an asset the Loom DApp will check to make sure that there are Loom Tokens in your wallet before it will initialise it.

These tokens are also tradable through exchanges such as KUCoin and CoinExchange. Volume is still quite low though at only about $274k in the past 24 hours. Perhaps this will increase as the token gets listed on more exchanges.

Just as scalability is becoming one of the largest issues in blockchain technology, the Loom Network is developing a solution and applying it to the massively popular gaming and social networking spheres. As the Ethereum blockchain continues gaining popularity, Loom Network is poised to become the unity of blockchain game development.

Not only could this create the future of internet and blockchain based gaming, but by enabling the creation of eternal universes that see multi-game spanning DApps and collectible provably scarce items, Loom Network could be creating what will be an immense financial incentive to both develop and play in these new universes.

Consider too the possibilities of a social network that pays its users rather than making them pay by giving up their personal details to satisfy advertisers. This is the new blockchain powered social network and gaming environment we could see in the coming years.

Originally published at www.coinbureau.com on April 6, 2018.

If you got at least 0.001 STEEM worth of value from this post please upvote below and resteem so others will see the post too.
If you really like what you've read consider following @moneyinfant - I'd love to have you join me.

blockchain crypto cryptocurrency beyondbitcoin altcoin
2년 전 by moneyinfant56
$8.73
86 votes
댓글 남기기 5
Authors get paid when people like you upvote their post.If you enjoyed what you read here, create your account today and start earning FREE STEEM!
STEEMKR.COM IS SPONSORED BY

This is great! Right on my alley!

I definitely need to check this one, I'll register under you if you want.

When I joined Steemit, I learned about cryptos and this is a great read for everyone. We are in an era where we can be paid just by playing a game, browsing and so on. Learned from this!

Glad it was helpful. I have plenty more coming! There are just so many projects happening in crypto.

I learned today that my city (Austin, TX) is creating a blockchain based system to help track homeless people in the city so that they can more easily provide them with medical care and other benefits. I would imagine such a system could also provide Universal Basic Income.

This is great! Right on my alley!

I definitely need to check this one, I'll register under you if you want.

I thought it would be ideal for you when I was writing the article. I wonder if it could be applied to the CE game?