## Blockchain and Bitcoin popularity further rising on Google, but did you invest in a lazy or ambitioned team? ##Repost+upvote=chance to win

Blockchain and Bitcoin popularity further rising on Google, but did you invest in a lazy or ambitioned team?

(Repost+upvote will give you a chance to win)

Despite the rising popularity of Bitcoin and even more Blockchain on Google we shouldn’t forget to check up the Github activity of the development teams even if it wouldn’t be the Holy Grail of trading strategies and you couldn’t compare them without some compromises, nevertheless it could give us an indication of further development and future advantages.

This article is focused on the coins with the biggest market capitalization. We should keep in mind, that some projects just have started, we can’t compare “apples with pears” and should keep in mind the age of the single coins. Constant productivity is marked in orange boxes, descending activity red and ascending green, while I highlighted some exceptionalities. Most interesting occurrences will be inspected further and compared to the corresponding time lines. 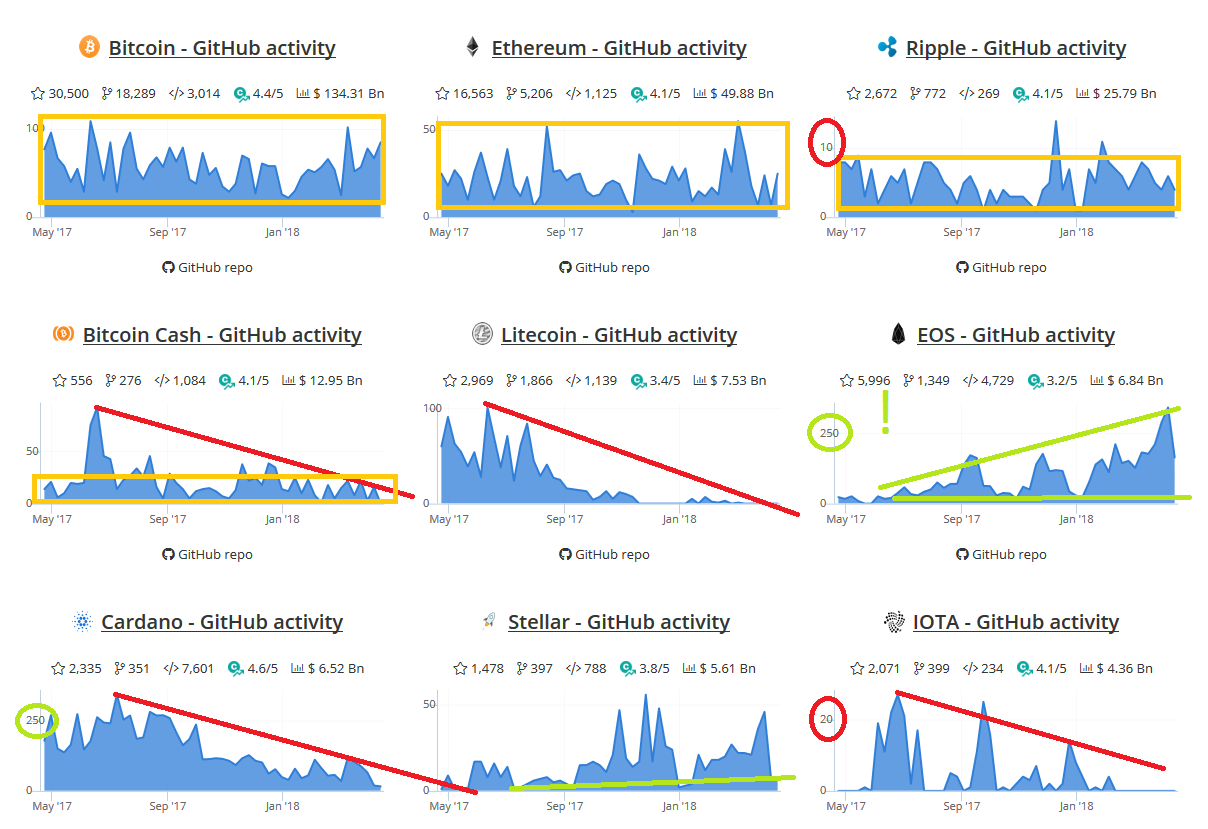 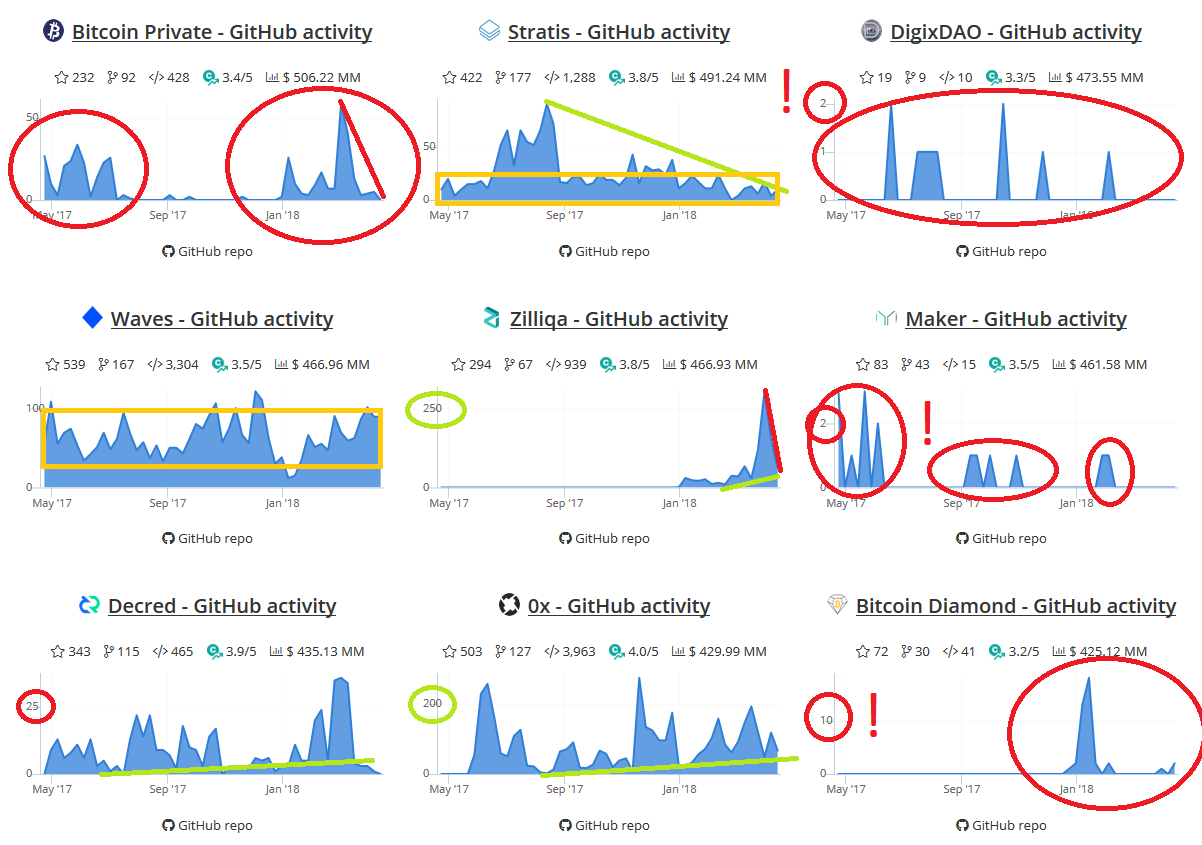 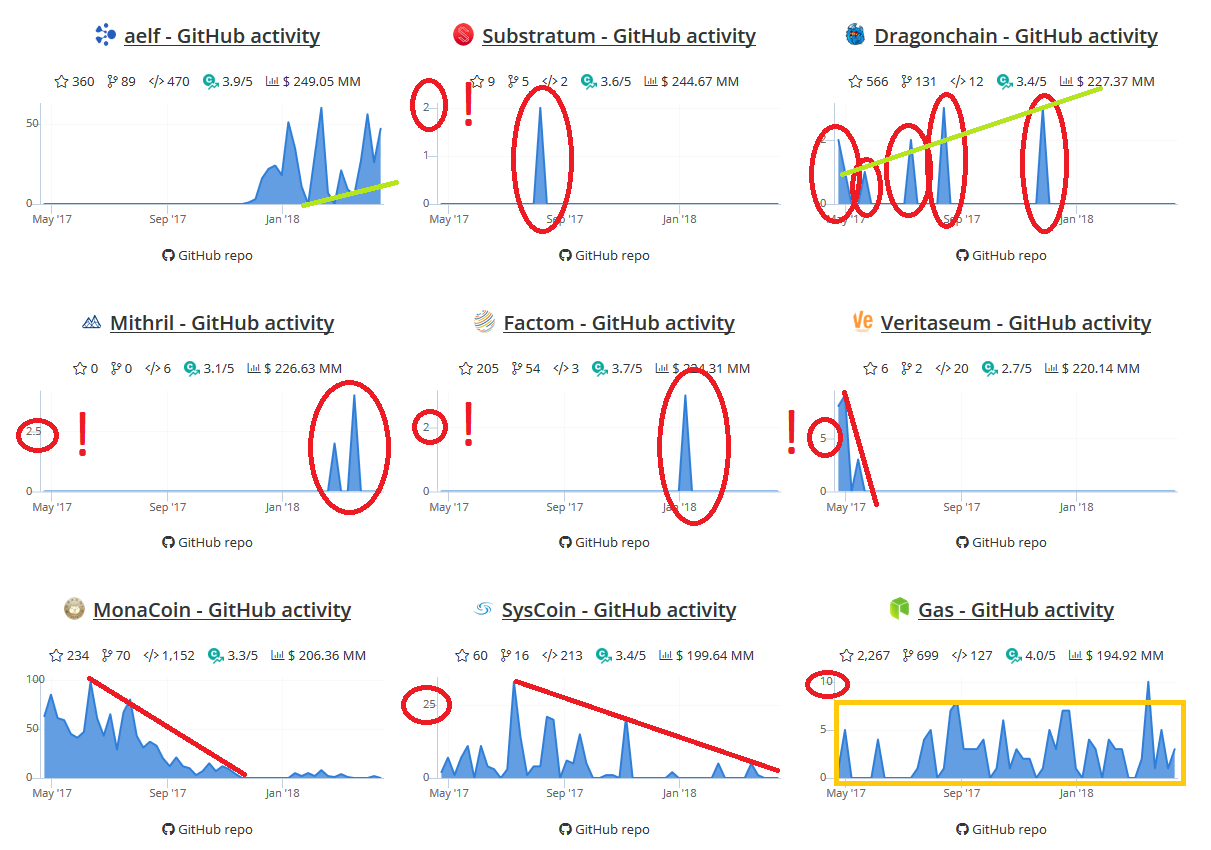 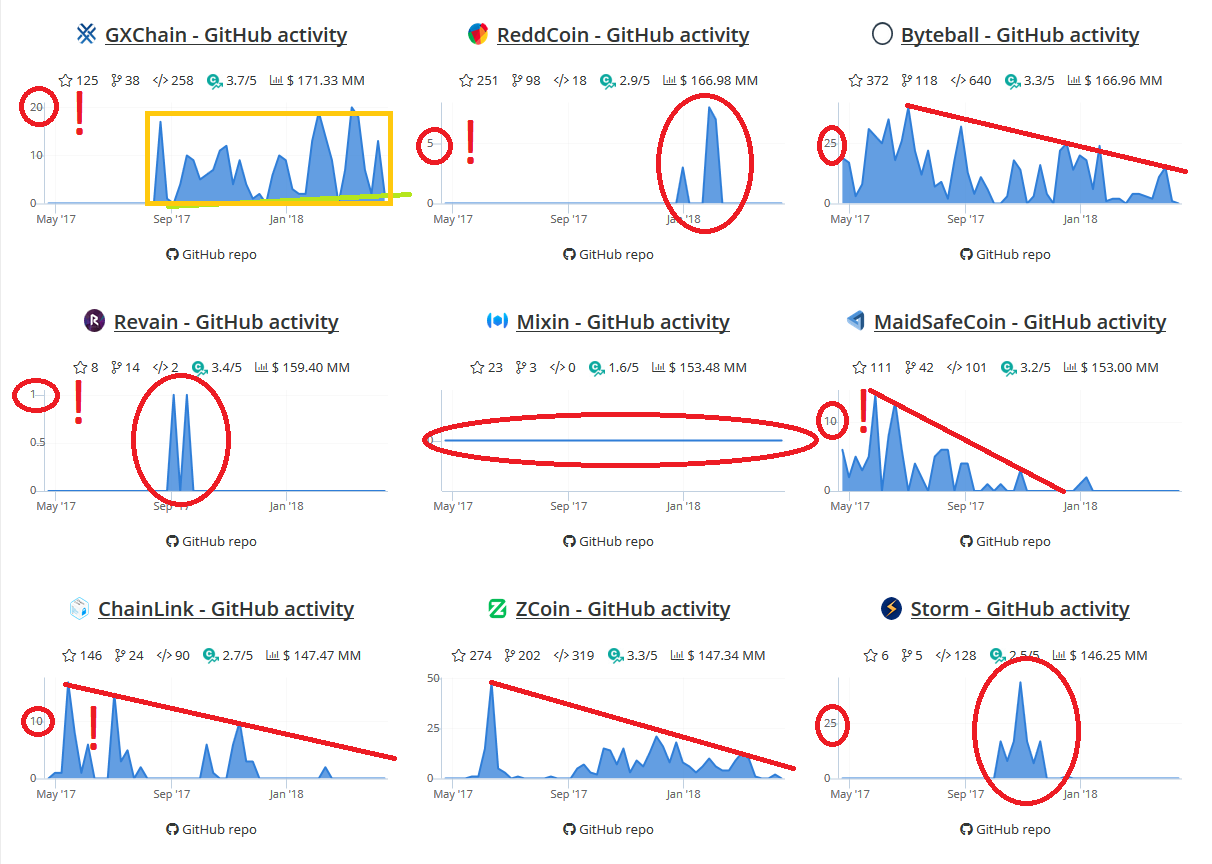 Every coin or token is special in its own manner: crypto currencies, utility tokens and securities. Besides we can’t just easily compare a fresh new project with an more established one, cause every start up needs to invest more effort in the beginning to get the ball rolling. This process will be for most entrepreneurs the biggest hurdle to overcome, cause 90% fail within the first years. The fast evolving technology sector is combined with A.I. and the industrial revolution 4.0 which makes the crypto space even more rapidly changing the big amounts of money will foster the best vision in a long term perspective. Still can the best vision turn into an illusion.
The crypto space is even mostly open source which will made it easily for other projects to adapt the achievements of others. The advantage of the big start up capital is also not that important in this space cause most projects receive mostly big amounts of money in the beginning.
“Mood drops” could also just signalize a worse financial condition, an economical mind set or the minor believe in their vision in comparison with the established ones at high market capitalization. But I would guess it’s almost a combination of the first two. Let’s have a little outlook at what we can expect out of this analyze technique.

I’m no professional finance advisor
In the second part I’ll compare the charts with the roadmaps of every project. I wanted to finish it today, but now I need to sleeping and I just missed most of the crypto news for you. Please share and upvote my article if you like it, cause I put some effort in. Even though it would be a good motivation for writing the second part. I would appreciate your feedback, comment and/or following!

Informations about winning conditions and rules:

blockchain crypto bitcoin steemit promo-steem
3년 전 by psym0n31
$0.00
11 votes
댓글 남기기 1
Authors get paid when people like you upvote their post.If you enjoyed what you read here, create your account today and start earning FREE STEEM!
STEEMKR.COM IS SPONSORED BY

You all forget to post your numbers, don't you wanna win?