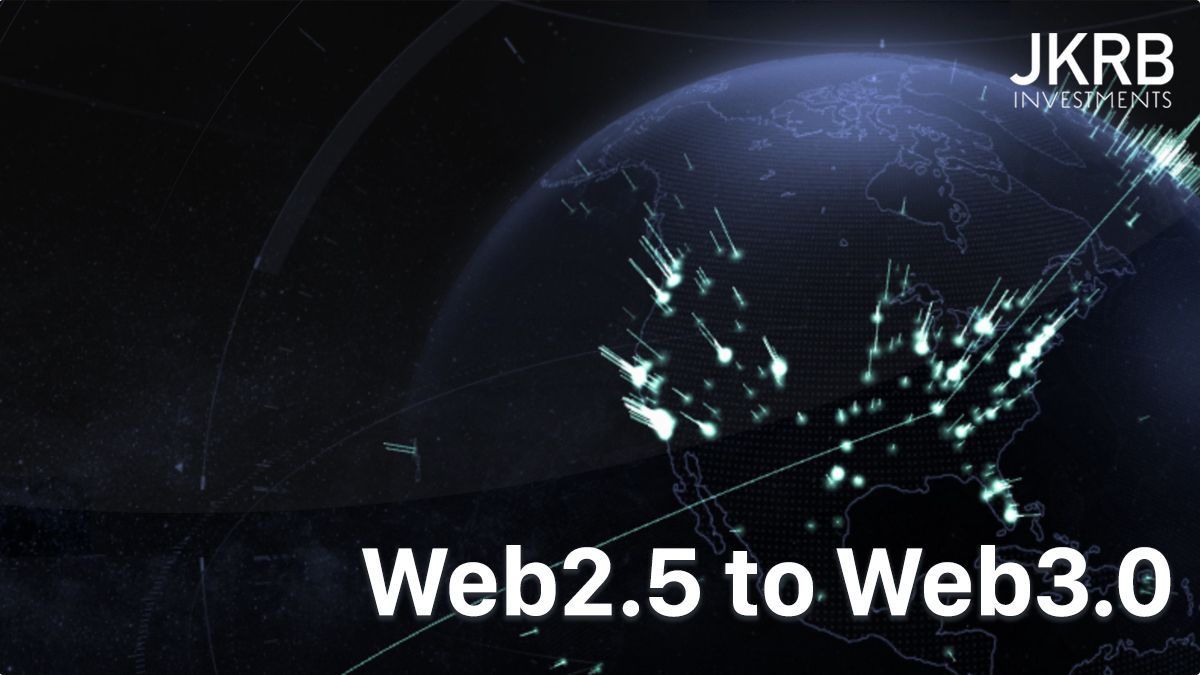 We are currently at an intersection on the journey to Web3.0.

The Web2.0 days are steadily coming to a close as we transition to decentralised means of storing data, smart contracts and DAOs to host services, and value that is stored on a Blockchain via a distributed ledger.

Now is an interesting time as companies are merging the two worlds into their products, realising that a full Web3.0 reality is around the corner, but not quite there yet. But they inevitably will be, and many have already realised this.

Bridges are being built to compensate for the lack of decentralised completeness. Ethereum’s popular Python and Javascript Web3.0 wrappers, or Stellar’s HTTP services are good examples of how Blockchain organisations are bridging the two worlds, allowing centralised platforms to communicate with their upcoming replacements.

In a market where these Web2.5 applications are commonplace, it can become confusing to fully realise what a Web3.0 application fully consists of.

Let’s look at one characteristic of a Web3.0 DApp, and arguably amongst the most important:

The Blockchain is the platform.

This may not appear obvious in the market of today where the majority of applications with a Blockchain layer amongst their stack are built on a centralised platform.

Furthermore, it is questionable whether the teams behind many of these applications have thought of the process they will have to undertake to remove this centralised component of their product - the platform.

If Facebook introduced decentralised elements to their platform, this would characterise it as a Web2.5 platform. They could do this in a few ways:

All these Web3.0 elements have one thing in common - they work on a centralised platform. Hence merging them with a Web2.0 app forms a Web2.5 app.

However, there is one element that will not work on Web2.0:

Introduce DAOs to automate decision making on the platform, shaping how it evolves.

This is the key element that you cannot integrate into a centralised platform, and what ultimately will define a Web3.0 application from a Web2.5 application.

Because concretely, the community is shaping the application, and no one owns it. For this scenario to be possible, the following need to happen:

These ideas are high level, but it is very obvious that they are severely against the interests of Facebook’s current business model.

The stark contrast between a closed, secretive competitive organisation and an open, decentralised collaborative organisation is extremely apparent, with somewhat opposite interests at heart.

In order to create a Web3.0 application, you not only adopt a different tech stack in the product, you also adopt a new culture, vision and business model.

Web2.5 is one phase in this evolution.

The differences between Web2.5 and Web3.0 as outlined above are huge, and the day will soon come where the leap to 3.0 will have to be made for applications to stay relevant. How many will successfully make the leap? This remains to be seen.

blockchain dapp ethereum crypto bitcoin
4년 전 by rossbulat25
$0.00
4 votes
댓글 남기기 0
Authors get paid when people like you upvote their post.If you enjoyed what you read here, create your account today and start earning FREE STEEM!
STEEMKR.COM IS SPONSORED BY