One of the things you may notice when you look around in the world is there are a lot of people making tons of money, but not doing much to earn it. Many are the ways you can make money without being a direct “producer” or taking risk, and one of these ways is working as a facilitator of trade.

These third-parties act as connectors or brokers of transactions, and in exchange get to collect a hefty commission for making the transaction possible. Right now, there aren’t very many ways to get around this. Look at a website like Amazon. For the little guy, there is no way to cut Amazon out of the equation. If you’re Nike and worth a billion dollars, then you can set up your own webstore and people will come.

One platform to buy all you can think of
Third-party platforms run the world right now, and it has worked fine so far, but at a point, you have to wonder if there is a better way to organize the economy.

One recently proposed solution to this is Pocketinns, which aims to disrupt this space by acting as a collection of marketplaces. Nearly anything you can think of would be available on the platform – its goal is to turn all the current monopolies on their heads by providing a safer, secure alternative platform by offering the same quality promised by these giant corporations.The company already has a home sharing and vacation rental marketplace active and live in Europe with 50,000 properties and is looking at adding another 250,000 properties in the next few months and all of this happens at zero percent commission. Pocketinns looks to follow the monthly subscription model by offering multiple services on one single platform.In addition, the future vision includes building an internal financial network used to support the internal transactions which include payment processors, remittances, banking, etc.

Another part of this is the freedom of speech perspective. It is not uncommon to hear about platforms like Shopify or YouTube booting someone off, which effectively terminates a business because of a rule violation. All of your data is in your control and you have full privacy.

The unreasonably high commission present in the economy right now is an opportunity and Pocketinns aims to capitalize on it. When you are taking a piece of the pie rather than baking a new pie, the incentives become distorted and you don’t do what’s best for your users. The end goal for this company is to democratize marketplaces again

Transactions on Pocketinns will be supported by the PINNS token, which is being ICO’ed on Jan. 15, 2018 using a Reverse Dutch Auction, would play an important part of the ecosystem. This community token would be supported by a powerful internal financial network, and all transactions would be safely carried out by using it.

When a сompany skips the presale
The founders of Pocketinns have watched the ICO market blow up in the last few years. They were there when Ethereum raised much more than anyone thought possible, and they have observed every bunk ICO and every successful ICO since then. As researchers, entrepreneurs, managers and tech executives, they have a strong understanding of business and technology, which has helped them get a higher-level understanding of the Blockchain industry.

The whole business of Pocketinns is about creating a marketplace where there is fair compensation for risk, and no company gets to put a de facto “tax” on every transaction just because there are no other options.

As they began to contemplate their ICO, one thing became clear: doing a presale would go directly against their message of wanting to democratize marketplaces and create an even playing field for all. One of the main principles of Blockchain technology is its ability to create a trustless network where everyone is equal, and to have only a select group be able to buy their token at a discount would violate this.

In many ways, this makes Pocketinns one of the most legitimate ICO’s that has occurred on the marketplace. They understand that the value of the token comes into question when certain users can acquire it for less. This is why there will be no token presales or discounts offered until the ICO begins on Jan.15, which interestingly enough is a Reverse Dutch Auction where investors define the price and the same price is applicable for all investors who participate in the auction avoiding the possibilities of a pump and dump.

The lack of bonuses or “discounts” available in a presale is just one example of the prudent decision-making the founders of Pocketinns are using.

If Pocketinns manages to accomplish their mission, users will be able to trade any product or service through their platform, but without having to deal with a third-party fee. Everything from creative work to real estate would be managed through their protocol and there would be no more “tax” from companies who just want a piece of your pie! 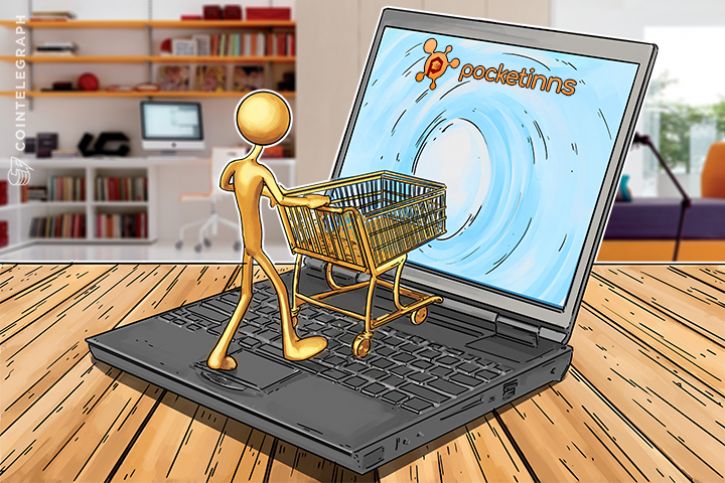 blockchain btc eth crypto steemit
2년 전 by sabbirrahman25
$0.00
1 vote
댓글 남기기 1
Authors get paid when people like you upvote their post.If you enjoyed what you read here, create your account today and start earning FREE STEEM!
STEEMKR.COM IS SPONSORED BY