Proof Of Concept for Blockchain Voting Is Launched. 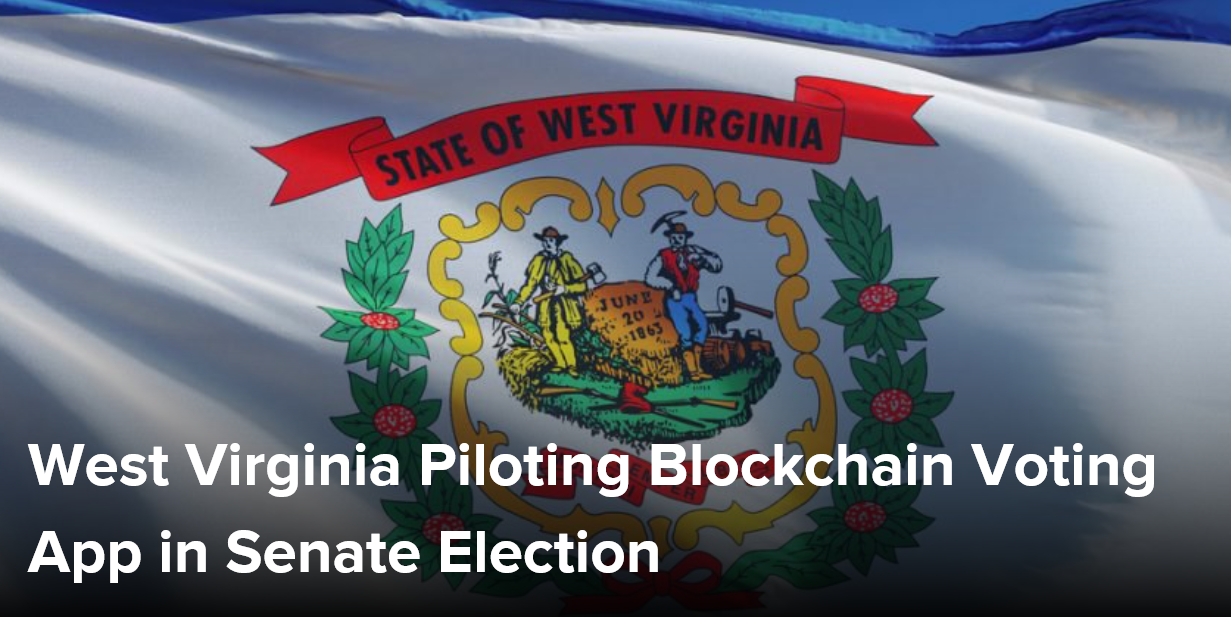 Blockchain- or distributed ledger technology will be used by deployed West Virginia military personnel and their families, to cast ballots in the upcoming May 8 Primaries.

The military personnel will use a mobile app for absentee voting, to record their primary votes. The Blockchain will record their votes secure and anonymous- just like a private voting booth. A whitepaper details the pilot program, led by Voatz- through a $2.2 million dollar donation, sponsored by Medici Ventures, an Overstock.com subsidiary.

The Secretary of State for West Virginia, Mac Warner said the initial trial for the two counties: Harrison & Magnolia, will allow both overseas military and their families to vote in the upcoming Primary.

The Blockchain will ensure that votes are properly tallied and delivered to the appropriate counties for each Servicemember. Warner hopes the system can show proof of overcoming challenges to US military absentee voting in prior elections.

The challenges include the slow return of paper ballots for deployed military members. It could provide assurances that the military members' votes have been counted. Many overseas personnel, may send off their ballots late due to mail service from bases around the world.

If the effort proves successful- the technology will be rolled out to all 55 of the counties during the November 2018 General Election.

Blockchain continues to show its usefulness beyond cryptocurrencies. Blockchain can help secure votes by US military personnel- serving & protecting their Nation's interests overseas and in harm's way.

blockchain distributedledger election technology newbieresteemday
2년 전 by wealth4good55
$92.99
112 votes
댓글 남기기 23
Authors get paid when people like you upvote their post.If you enjoyed what you read here, create your account today and start earning FREE STEEM!
STEEMKR.COM IS SPONSORED BY

You will earn 80% of the voting bot's earnings based on your delegated SP's prorated share of the bot's SP pool at the end of EACH voting round! That is up to 38.5% APR! You can also undelegate at anytime.

@wealth4good Good to see how technology is revolutionizing the human experience. If the Blockchain voting works and grows into a standard practice, may be it will change the world in a good way. Who knows. Cheers!

You got a upvote from @Authors.League (+4 bonus vote) thanks to @wealth4good! Opportunities come infrequently. When it rains gold, put out the bucket, not the thimble

This service has been created with the help of @yabapmatt so please show your support by voting for him for witness!

It will be interesting to see how it works out!

This post has received a 2.12 % upvote from @booster thanks to: @wealth4good.

Congratulations @wealth4good! You have completed some achievement on Steemit and have been rewarded with new badge(s) :

This post has received a 41.67% upvote from @aksdwi thanks to: @wealth4good.

This can be a revolution for the democratic system in the coming elections.

You got a 2.28% upvote from @postpromoter courtesy of @wealth4good!

Sneaky Ninja Attack! You have just been defended with a 3.03% upvote!
I was summoned by @wealth4good. I have done their bidding and now I will vanish...