The most horrific game in the history of mankind, which caused the suicide of hundreds

The Blue 50 Blue Whale challenges include strange and tough challenges like long hours, watching horror movies continuously throughout the day, waking up on strange dates.

The challenge lasts for 50 days and then the game manager asks the player at the end of the suicide challenge to complete the final challenge.

Hundreds of suicides have been reported among teenagers aged between 15 and 17, all of whom shared the Blue Whale game. 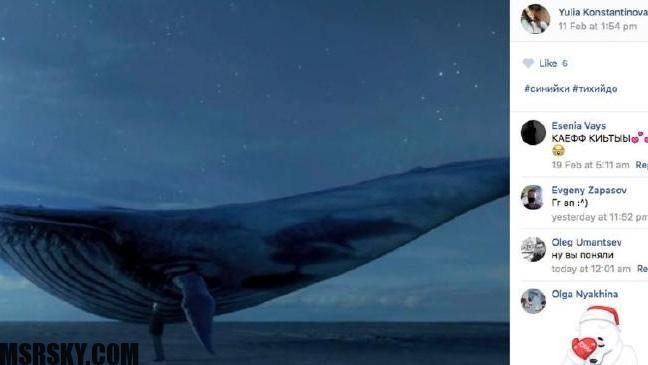 Catch the inventor of the Blue Whale game

The Russian blue whale, Philip Podkin, 21, has been arrested by the Russian authorities, who admitted in investigations that the challenges of the 50th game involve self-harm and end with suicide.

He said that all players agree to the terms of the game and are well aware of the risks involved in the game to kill himself. blue whale life risk
4년 전 by angami19
$0.00
3 votes
댓글 남기기 0
Authors get paid when people like you upvote their post.If you enjoyed what you read here, create your account today and start earning FREE STEEM!
STEEMKR.COM IS SPONSORED BY