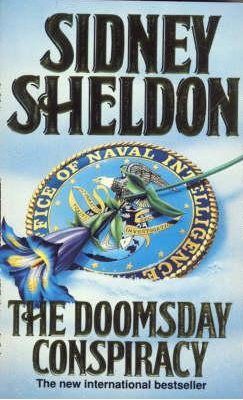 Image source
*****5 Stars*****
The Aliens are invading! The world is dying! They are killing us!
World's industrialization is the problem for Aliens. They think people are destroying the earth due to all chemicals released from the industry. So, Aliens have demanded the nuclear and manufacturing industries to be stopped. They have warned that unless people agree to do so, they will invade the earth. Now, the secret agency from the strongest countries of the world have come together and formed the secret organisation 'Operation Doomsday' to fight against the Aliens. The operation is hidden from the world in order to avoid public panic.

One day, while making a trip to the earth, UFO consisting of 3 aliens crashes in the Alps of Switzerland. 2 out of 3 aliens die and one gets lost. The incident is witnessed by 10 people. Now, the Operation Doomsday is eager to find those 10 witnesses and stop them from spreading the news. Commander Robert Bellamy of US Naval Intelligence is temporarily recruited by NSA for this assignment. His job is to find those 10 witnesses without consulting with anyone. Dutifully, Robert innocently finds those witnesses one by one but after each time Robert locates, the witness is mysteriously killed. Robert is unknown about this fact until he hands them the final witness and his own life gets in danger.

Now, Robert is trying to save his own life. His own friends have become enemies. There is no place to go to and no person to trust to but the only thing he has is the skills and intelligence. Robert once had training in US Naval Intelligence to avoid the circumstance like this. Now, whatever he learnt from them, he tends to use on them.

I felt deep pain for Robert when he unfolds the story of the only woman he ever loved and will ever love. He had her but because of too much of work away from home, she slowly slips out of his hands and ends up marrying someone else. The annoying thing is, she comes back to him at the end. Robert should have found someone else. She should have suffered as much as Robert had. Oh well, it feels nice to read about happy ending though.

After reading almost all of Sidney's book. I kind of knew beforehand that this books consists of suspense with many twist and turns but never ever expected Aliens, UFOS and scientific fiction from him. It totally blew my mind! Without a doubt, he did a great job.

ps. Do you know what inspired Dan Brown to write thriller fiction? The Doomsday Conspiracy. Just wondering if Dan Brown named his character Robert Landon because of Robert here. Sidney is getting another point for this.

bookreview book fiction sidneysheldon
3년 전 by narvac33
$0.30
15 votes
댓글 남기기 3
Authors get paid when people like you upvote their post.If you enjoyed what you read here, create your account today and start earning FREE STEEM!
STEEMKR.COM IS SPONSORED BY

Welcome. Hope you enjoy the book :)

Congratulations! This post has been upvoted from the communal account, @minnowsupport, by narvac from the Minnow Support Project. It's a witness project run by aggroed, ausbitbank, teamsteem, theprophet0, someguy123, neoxian, followbtcnews, and netuoso. The goal is to help Steemit grow by supporting Minnows. Please find us at the Peace, Abundance, and Liberty Network (PALnet) Discord Channel. It's a completely public and open space to all members of the Steemit community who voluntarily choose to be there.