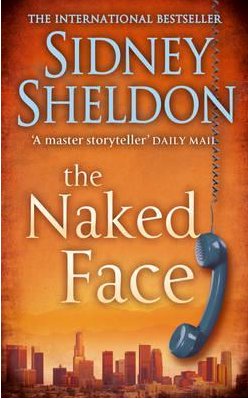 Dr. Judd Stevens is a successful psychoanalyst in Manhattan. Listening to people and helping them out by connecting with them mentally and psychologically is his job. Talking about emotions, he is also falling in love with one of his mysterious patient: Annie.

Suddenly, John Hanson, one of Judd’s patients was mistaken for him and murdered. The same day, Judd’s secretary, Carol is found killed in the office. Two detectives, Angeli and McGreavy are assigned to the murder cases but to McGreavy, Judd himself is the prime suspect. To prove his innocence and track down the real killer, Stevens hires a detective Norman Z. Moody but before he could prove his innocence, Moody is killed and series of attempts are being made to murder Judd.

Now, Judd has a big job ahead: save his life, track down the real murderer, prove his innocence and find out why he is being the target.

Is it one of his patients? or someone from outside world? He doesn't know. There is no evidence, no clues and no witnesses. All Judd can do is go deeper into the maze of murder mystery and use his knowledge of human behavior to imagine the killer from the way people are murdered and the attempts made on him.

The book is very well written. As the story progressed, all I thought about is who the murderer is and why he or she did it? I was biting my nails throughout the book. The story is splendid and the way Sidney writes, Oh my God! We need more writers like him on this earth.

bookreview fiction book sidneysheldon
3년 전 by narvac33
$0.19
31 votes
댓글 남기기 2
Authors get paid when people like you upvote their post.If you enjoyed what you read here, create your account today and start earning FREE STEEM!
STEEMKR.COM IS SPONSORED BY

Congratulations @narvac! You have completed some achievement on Steemit and have been rewarded with new badge(s) :