Why McGregor Will KO Mayweather .. Vegas is Going to Go Broke! But not if the fight goes more than 4 rounds ..

Sorry Conor .. if you haven't done the job in 3 you are going to want to go home by round 6, and will eventually lose on points. The STATS .. who has the edge?

What about the qualitative stuff?

- Mayweather's last fight was 2 years ago! He'll be a soft target.
- Mayweather has never found someone who moves like Conor
- An MMA fighter who does not have to worry about kicks, knees, elbows, takedowns, submissions, and who is wearing big puffy boxing gloves, is going to think he's back in kindergarten - Connor will be relaxed and will be having fun in there.

This is the punch that will break the bank in Vegas ..

boxing mcgregor mayweather mma sports
5년 전 by kurtbeil64
$14.30
157 votes
댓글 남기기 28
Authors get paid when people like you upvote their post.If you enjoyed what you read here, create your account today and start earning FREE STEEM!
STEEMKR.COM IS SPONSORED BY

I guess we had to actually see him in the ring, with the caliber of talent that Mayweather obviously is, to understand how badly lacking is Conor's boxing skills. He had no hooks and he was punching with very little hip rotation .. it was almost as if he was pulling his punches .. but then watching him reaching over his front foot .. Anyway .. when I heard the announcer say that the fight was " .. brought to you by Mayweather Promotions.." .. the wheels began to turn .. what a great way to end a career .. 50 fights, undefeated, and taking out the biggest showman in combat sports .. Conor is going to be game, even if he has to lose in the end .. the deal may have been for him to lose on points, but he couldn't hang with Mayweather even when he was taking it easy on him.

In the end, this was a slap in the face to both boxing and MMA fans.

I have €90 on McGregor - I'd put more on him, but I'm broke. The bookmakers don't know what they're doing, giving 4/1 or higher on McGregor. It's delusional. I'm due a €400 payout if he wins, while 1,000s of others have put a collective MILLIONS on their boy here in Ireland alone. He has an equal, if not better, chance of beating Mayweather. I predict Conor bankrupts several of these companies by winning. I just hope Betfair have the funds to pay me.

@kurtbeil But be honest, the fight makes no logical sense. Mayweather is a legendary boxer and supreme defender who will be facing an opponent who is outstanding in the Octagon but a novice in the ring and making his pro boxing debut.

Yes .. . it's truly a circus, unrivaled in sports history .. it's nuts! :-) And you are of course correct in your description, and this is why Mayweather is the favorite .. but I think McGregor's insane confidence will allow him to be very comfortable in the ring, which will allow him to do his 'thing', which will be very confounding to Mayweather ... he is a great defender, but McGregor is a counter-punching assassin .. when Floyd reaches for him, he will risk being Aldo'd .. if you know what I mean.

I know but it's called overconfident and other side Mayweather is always clam they only focused on Match. I think we should support only our favorite player and enjoy that match.
Cheers

I will support you, God bless you, I learn english, so if I made some mistakes, then I apologize and keep it and check me out @kamranbhatti
thank you very much 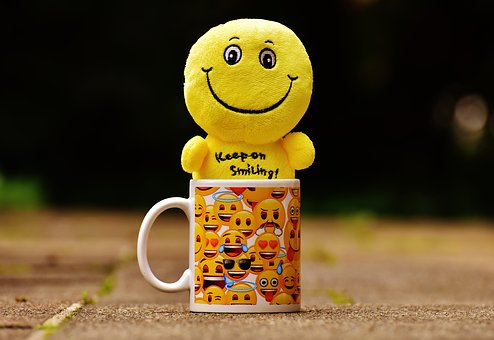 Good move there, I normally use Google translet to reply my friends in other countries in their languages ,until they started complain that the translation from Google are most time below what the desire so I did some.reserch on that and this is what I came up with https://steemit.com/photography/@chuxlouis/google-translate-a-friend-or-a-foe you may want to go through it too,it will help I assure u.

I'm definitely going to be rooting for McGregor.
I think he should be abke to finish him off pretty quickly
I guess we will have to wait and see.
I can't wait @kurtbeil haha

amigo #resteemia at your service

'The STATS .. who has the edge?' says Conor will win. But my experience says 'Mayweather' will change the table ;). nice work @kurtbeil

@kurtbeil,
No idea who will win! If we know who will win, the fun will be limited!
Thanks for sharing such great review!

i like mcgregor , he is going to win
always bet on under dogs

McGregor is My Favorite Boxer . I love him so much 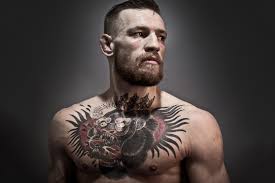 Hi, as a sign of my support for the tag #sports and #football, I vote for you and begin to follow you

In the event of a victory, Mayweather, out of his retirement for the event - he has not boxed for two years - will reach the bar of 50 victories, breaking the record of unbeaten Rocky Marciano. If he wins, McGregor will challenge the laws of weightlessness by sending to carpet one of the biggest British boxing charts. The impact would be enormous: you imagine the Olympic champion of the 1 500 m come to beat Usain Bolt in 100 m?

This will be Epic Fight lets see

Let the odd turn the fortune around this time i like odd's mayweather your turn !

That was my prediction as well.

This post has been ranked within the top 25 most undervalued posts in the second half of Aug 26. We estimate that this post is undervalued by $24.06 as compared to a scenario in which every voter had an equal say.

See the full rankings and details in The Daily Tribune: Aug 26 - Part II. You can also read about some of our methodology, data analysis and technical details in our initial post.

Men this fight Sha......There is no outright winner any little mistake from inside the openent carries the day.

I hope that beside "the show" they will both be in great shape. If yes it can be a great fight to watch.

Great topic @kurtbeil
Thanks for sharing