Why is Britain First big online? 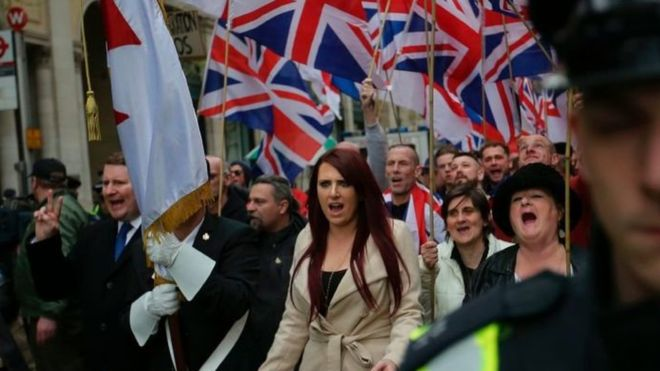 The far-right group whose deputy leader was retweeted by Donald Trump has a specific social media strategy that has made it much more successful online than at the ballot box.
From the outset, Britain First's aim has been to make noise on Facebook and other networks rather than to get people elected. The party has nearly 2m likes - far outpacing the Labour Party (1m) and the Conservatives (650,000).
But the UK's most popular political party on Facebook has been a washout when it comes to electoral politics. Britain First has no elected representatives and rarely even runs candidates for office.
When they do, they attract a small amount of the vote. Party leader Paul Golding garnered 1.2% in the 2016 London mayoral election.
So what explains Britain First's outsized social media following?
For one thing, it uses paid advertising and a core group of dedicated followers to spread its message.
You might also be interested in:
Britain First deputy leader charged by PSNI
The anti-immigration party trying to recruit immigrants
WATCH: BBC Three: We Want Our Country Back
What's new about the new far right?
Britain First has also used less controversial posts - for instance messages encouraging people to support the armed forces or the royal family - and other tactics to drive up the numbers of likes.
A report released Wednesday by the campaign organisation Hope Not Hate said that the number of people following the social media accounts of Britain First leaders spikes in the wake of terror attacks.
The social media strategy has turned the party's Facebook page into an international hub for people attracted to anti-Islam messages - and despite the party's name, its fan base isn't particularly British at all.
BBC Trending on Facebook
According to an analysis carried out by Trending in July, less than half (44%) of the group's Facebook likes came from accounts based inside the UK, with large numbers of likes from the US, Australia and Canada.
By way of comparison, 87% of the Labour Party's likes at the time came from UK accounts, and the figure for the Conservative Party was 78%.
At the time, the party was also in the midst of a campaign to recruit Polish immigrants to its side, despite its stated goal to end nearly all inward immigration into the UK.
The party's deputy leader, Jayda Fransen, told BBC Trending that party operatives were focusing on "relentless" direct action.
Fransen, who earlier this month Ms Fransen was charged with using "threatening, abusive or insulting words or behaviour" during speeches she made in Belfast, originally posted the three videos that President Trump's account retweeted.
She will appear at Belfast Magistrates' Court on Thursday 14 December. Fiyaz Mughal, director of the group Faith Matters and founder of Tell Mama, an anti-hate crime organisation, says Trump's retweets "re-energised far right groups by simply pressing three clicks of a button."
"They have effectively felt that their work is bleeding into the White House and so there is serious damage over what has happened today and there will be repercussions felt sadly over the next few months," he says.
"And for those Muslims who think there is a clash of civilisations taking place it confirms their warped view.
"So what the President has done today is to actually strengthen the hand of extremists."
Additional reporting by Anisa Subedar
Also from Trending: Flaw in YouTube's obscenity tracking tool 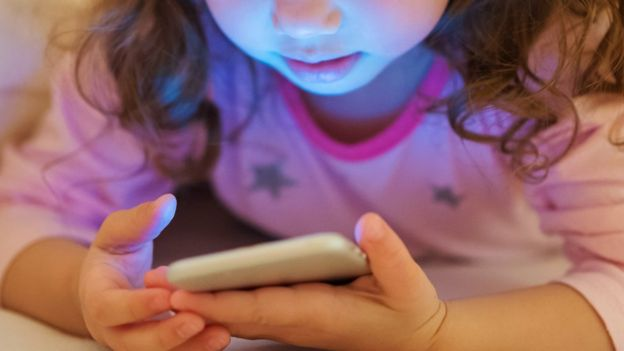 britain first big
4년 전 by handfree4232
$0.00
5 votes
댓글 남기기 1
Authors get paid when people like you upvote their post.If you enjoyed what you read here, create your account today and start earning FREE STEEM!
STEEMKR.COM IS SPONSORED BY