lets take a trip together and see our beloved mother earth for a minute shall we...

Dating over 4.5 billion years and home to over 8 billion humans and several other billion species of both living plants and animals, both big and small among which 99% are extinct.
How crazy is that!

You'd be amazed how precised the earth's positioning, rotation and revolutions are brilliantly set in sync bringing about the variations in the weather and climatic differences across the earth. Its distance from the sun (3rd planet among 8 others rotating in concentric circular orbits from the sun, each on its own) allows just the right amount of energy from the sun to get to us for basically almost our biological energy requirements and a whole lot more.

With a mass of around 5,970yg, and a diameter of about 7,918miles the earth is very enormous. The perfect home for all biological life, what more could we have ever asked for.
Mother earth has her treasures as well locked out at several different parts of her bowel, shes's got secrets as well ancient as the earth herself. She'd have answers to all the questions of mankind if we could listen to her but rather, we are killing her at the fastest rate ever as our science and technology advances, weapons of mass destruction like nuclear bombs powerful enough to upset mother earth's balance significantly.

And now her future hangs on a balance. In the year 2017, all around the world we experienced the greatest climatic extremes due to global warming which is primarily as a result of the depletion of the ozone layer caused by man's very many experimental and unprecedented activities. She is dying, though slowly but still the fastest she has ever experienced.
I think about our children and children's children and the generations she might yet be able to support their existence before she gives up the ghost. It is estimated that over the next 1 billion years, solar luminosity will rise by about 10% and by 40% in 3.5bys. The Earth's increasing surface temperature will accelerate the inorganic CO2 cycle, reducing its concentration to levels lethally low for plants in approximately 500–900 Mys. The lack of vegetation will result in the loss of oxygen in the atmosphere, and animal life will become extinct. After another billion years all surface water will have disappeared and the mean global temperature will reach 70 °C (158 °F). From that point, the Earth is expected to be habitable for another 500 Ma, possibly up to 2.3 Ga if nitrogen is removed from the atmosphere. Even if the Sun were eternal and stable, 27% of the water in the modern oceans will descend to the mantle in one billion years, due to reduced steam venting from mid-ocean ridges. The Sun will evolve to become a red giant in about 5 Bys. Models predict that the Sun will expand to roughly 1 AU (150 million km; 93 million mi), which is about 250 times its present radius. Earth's fate is less clear. As a red giant, the Sun will lose roughly 30% of its mass, so, without tidal effects, Earth will move to an orbit 1.7 AU (250 million km; 160 million mi) from the Sun when the star reaches its maximum radius. Most, if not all, remaining life will be destroyed by the Sun's increased luminosity (peaking at about 5,000 times its present level). A 2008 simulation indicates that Earth's orbit will eventually decay due to tidal effects and drag, causing it to enter the Sun's atmosphere and be vaporized. Our beautiful home is sick but she has no one to complain to, or at least even take a break from all her responsibilities.
Lets all reach out to the rest of her inhabitants through this amazing platform as best we can. It may not be much but its a start, who knows, someone somewhere may have an idea that would bring about the conception of her healing process over the next several years.

Well am still getting my hands around steem blogging and so you can excuse certain omissions and mistakes i may have made, haha

busy nature steemit i-rise steem9ja
3년 전 by choody42
$0.15
8 votes
댓글 남기기 6
Authors get paid when people like you upvote their post.If you enjoyed what you read here, create your account today and start earning FREE STEEM!
STEEMKR.COM IS SPONSORED BY 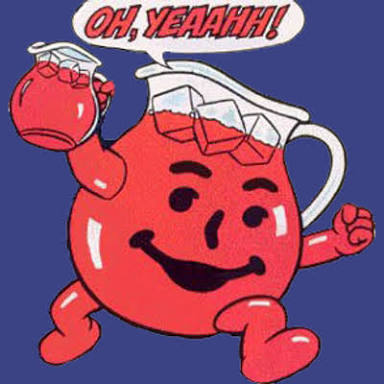 Thanks bro, i appreciate dis

Wow this is a really lovely post, our planet is suffering we are basically the cause but we rather do more damage than save it. I'm glad someone finally wrote about these 👍😇👍

This is beautiful and educating, thanks for taking me around the world, I appreciate it and wish you well in steemit. steem on baby.