Last time, we put together one of the simplest FM radio circuits in the form of a working test bench.
And today we’ll add an MP3 player module to our device. I took it here - more expensive, but with delivery in three days, and here - quite inexpensive, but with an expectation of about a month.
Это перевод поста, выполненный с помощью Google Translate. Оригинал на русском опубликован здесь.
Initially, it’s not too difficult to make our MP3 player module work: connect a loudspeaker to it, solder three control buttons, insert an SD card with pre-recorded tracks, plug battery power. And you can enjoy your favorite music. But now we need not this. We need to integrate the MP3 player into a single device with the radio, and that it works with the functionality we need.
And this will require some refinement.

Improvement 1. Separate supply voltage for the radio and player.

At the same time, you cannot listen to radio and MP3 music together. More precisely, you can, but you will hear, most likely, cacophony.
And, if you don’t have many, many ears, then you will probably listen to radio news or dance to your favorite MP3 tunes separately.
The easiest way to achieve this is to switch the supply voltage between the boards of a radio receiver or player.
With a separate switch mounted on the radio board.
But at the same time, the possibility of using, together with the radio receiver, the player’s power amplifier is lost, in order to ensure the loud-speaking radio reception mode.
That is, to ensure loud-speaking reception, the power amplifier microchip of the MP3 player must always be supplied, and the power must be switched between the microchip of radio receiver and microchip of MP3 player.
This is achieved by simply cutting the current-carrying conductor - the power tracks on the MP3 player board.
Cutter or sharp knife.
The printed tracks themselves under the blue protective lacquer coating on the player's board are not visible, but they can be seen against the light under bright sunlight or a powerful lamp.

I cut the track passing under the power amplifier chip of the player (a small chip on 8 legs) to the contact of the capacitor C5. Constant voltage (red wire) is applied to the MP3 player board, as usual, the power amplifier is always on. Switched supply voltage is supplied to the MP3-player's chip (a large chip with 16 legs) using orange wire.
I soldered it to the output of the capacitor C5, after the place of cut current track. We click the switch and the electrons obediently run along the path chosen by us among the colored wires.

In this initial implementation of the MP3 player module, there is no headphone connection.
But the player's microcircuit itself has pins for connecting headphones.
This can be seen by reading its technical description, for example, here, here or here.

It will only be necessary to solder the pins of jack for connecting the stereo headphones to the pins 4 and 6 of the MP3-player chip via transient coupling capacitors. These are gray wires in the next photo. On the test bench, I used a pair of conventional 10 µF electrolytic capacitors as transient coupling capacitors. But, since there was no place for them either on the player's board or in the body of the finished structure, later they were replaced with ceramic ones, with a capacity of 10 microfarads in SMD design and form factor 1206.
Ceramic capacitors soldered directly to the pins of the stereo phone jack. Also, due to the lack of space in the case, the connection jack for stereo phones had replaced with a simple and smaller.
Through these transient coupling capacitors and gray wires, when the radio receiver is on, the signal from it (with or without headphones) will be transmitted in the opposite direction to the circuit of the MP3 player module. Thus, we use the power amplifier chip of the player in the mode of loud-speaking radio reception.
It turns out that when the headphones are connected, will the sound be heard both in the headphones and in the loudspeaker at the same time?
Yes. And to solve this problem is used

Pin 1 of the power amplifier chip on the MP3-player board is designated MUTE and serves to control the loudspeaker off.
Initially, this pin is connected to the common wire.
The loudspeaker always works.
This chip output can be unsoldered from the board (very carefully!). Extend it with a thin knife blade.
If then the released MUTE pin is connected to the positive supply voltage through a 1k Ohm resistor, than the control circuit will switch off the loudspeaker. I don’t worry about additional auto-off schemes and control the on-off loudspeaker using the MUTE signal manually, adding an additional microswitch to the device.

Improvement 4. Adjusting the timbre of the MP3 player.

To control the operation of the MP3 player, all you need is three buttons.
With them, you turn on modes
- previous entry - start / pause - next entry - with a short press
- volume is less - start / pause - volume is more - with a long press
And, initially, as can be seen in the photos in the previous article, I prepared the player control board for exactly three buttons.
But if you read the technical documentation more attentively, you will find that you can connect several more buttons to the player through additional resistors, which will allow you to select additional modes of operation.
One of these modes is a step tone adjustment based on six (Normal - Classic - Bass - Live - Rock - Pop) presets.
For only one additional button connected through a resistor of 100k Ohm parallel to the Start / Pause button, this is a decent feature.

Here is a picture of the printed circuit board of the player control buttons, including the tone control function. Board size 35x9 mm.

The way of making this board is the same good old LUT, more details about which can also be found in the previous article, and not only in it.

View of the board from the location of parts.

The finished MP3 player control board looks like this. Since the radio is received in the original circuit on the headphones, the common wire of the stereo headphones themselves is used as an antenna.
In the zone of confident reception of FM radio programs this is quite enough.
But if the radio works on the loudspeaker, the headphones are usually disconnected.
That is, an additional antenna is required.
As an antenna, you can use any of flexible stranded wire with a length of about a meter and a half.
True, this is not always convenient.
Another option is to use a telescopic antenna with a length of one meter.
It already depends on the size of the device so that the antenna can fit in the case.
I used just such a telescopic antenna. It is extended by 23 cm maximum, and the radio broadcasts in the zone of confident reception catches regularly.
Sometimes at the same time the receiver makes a little noise, it is necessary to additionally select its position in space. Since there was no extra space in the case, the plastic side connector of this antenna was carefully cut off with a sharp knife.
Instead, a piece of the installation wire was soldered, with which the antenna is connected to the radio receiver board. A little later, a similar antenna design was found. It is called AST-2 D5mm S5 67-230mm. For it, there is no need to cut off the plastic and the side connector. And there is already a thread cut for the fastening screw, which is convenient.

The SMD LED on the MP3 player board will not be visible in the depths of the case.
We will replace it with a regular one. Later we will insert this indication into the hole in the body, which is intended and cut out with a thin file.
A similar light-emitting diode through a 220-ohm resistor is connected to the radio receiver power supply circuit.
We will also bring it into a separate hole on the case.
As a result, we get a visual indication of the current mode of the device: FM or MP3.
(I show, running a little ahead).

About the rest of the details.

The loudspeaker connected to the MP3 player can be 1-3 watts peak power and resistance 4-8 Ohms.
I chose a speaker as small as possible so that it could fit into a matchbox-sized case.
As a result, in the CHIP and DIP I found such a loudspeaker. Micro buttons for the player control board are the most common.
For example, such or such.
They are selected in height to protrude from the case by 1-2 mm.

The memory card is also a regular microSD. The volume of several gigabytes (starting with one, or even less). Surely you have somewhere in the table or in the cupboard was lying around a similar old card of small volume. Which use with new devices is no longer convenient, but it is a pity to throw it away. So use it. You just need to record through your computer (or another gadget) your favorite MP3 songs. I do not provide links, as the Internet addresses of your table or your cupboard are unknown to me.

An illustrative diagram of the connection of parts and modules of the design looks like. And this is how a test bench assembled according to this scheme looks like.
With it, you can not only listen to radio programs, but also dance to your favorite tunes from your music library. In the next part, we will place all this in a suitable size case.

busy handmade mp42b electronics diy
3년 전 by mp42b40
$0.07
16 votes
댓글 남기기 7
Authors get paid when people like you upvote their post.If you enjoyed what you read here, create your account today and start earning FREE STEEM!
STEEMKR.COM IS SPONSORED BY

Eternal and you will never evolve again.

Congratulations! This post has been upvoted from the communal account, @minnowsupport, by mp42b from the Minnow Support Project. It's a witness project run by aggroed, ausbitbank, teamsteem, someguy123, neoxian, followbtcnews, and netuoso. The goal is to help Steemit grow by supporting Minnows. Please find us at the Peace, Abundance, and Liberty Network (PALnet) Discord Channel. It's a completely public and open space to all members of the Steemit community who voluntarily choose to be there. 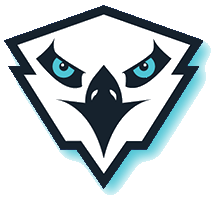