Cannabis producers in Israel won official recognition from the Israeli government as an agricultural sector. Then suddenly, Prime Minister Netanyahu announced he would not permit cannabis exports. The reversal was apparently a matter of Israel falling in line with the wishes of the US government.

But the new age of medical cannabis trade was seemingly cut short after a call from US President Donald Trump, advising Netanyahu to rescind export permission for cannabis. The Prime Minister advised the Health, Finance, and Agriculture Ministry heads that the program would be halted, despite support from all of those agencies. 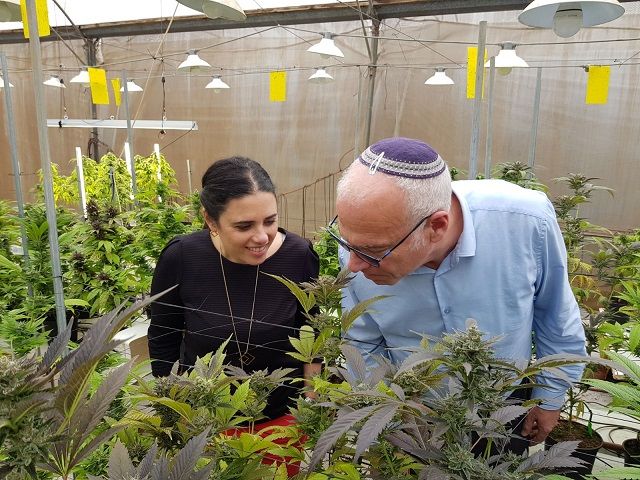 Israel has become a center for medical cannabis research due to the friendly federal regulations regarding medical cannabis. Researchers from countries all over the world now live and work in Israel, simply because they are able to conduct the research they want to do there. Israeli chemist Raphael Mechoulam was the first to identify and isolate THC as an active ingredient, back in 1963.

Israeli medical cannabis production capacity has grown to levels that can potentially supply other large nations. The industry's production capacity thoroughly exceeds the demand for the product inside the country. As long as exports are permitted, that poses no problem. But with exports prohibited, Israel's cannabis industry is overbuilt. Investments were made with one set of rules, and a single phone call threw a monkey wrench in all of that.

After a brief period of regrouping following Netanyahu's surprise announcement, cannabis industry advocates in Israel have decided to file a lawsuit demanding the right to export their legal product to another legitimate national market.

Producers including Candian Cronos have invested tens of millions of dollars in infrastructure, hired dozens of employees, and expect to produce exports worth many more millions. The lawsuit seeks an April deadline set by the court for export licenses to be issued by the Israeli government to qualified applicants.

Industry representatives seem very confident that they will ultimately prevail. cannabis marijuana business israel canada
2년 전 by olyup55
$1.37
41 votes
댓글 남기기 5
Authors get paid when people like you upvote their post.If you enjoyed what you read here, create your account today and start earning FREE STEEM!
STEEMKR.COM IS SPONSORED BY

Upvote, great read and excellent news.... Thanks for sharing

That is a wild move to bring herb to international market. We need that to happen soon so there are not monopolies created in the different regions

Israel understands the powers of cannabis and should be seen as a major "player" in this game. Let them export- why would you not?!

I guess careful use of cannabis is necessary to prevent addiction. On medical ground, distribution to medical organisation of other countries will be a good contribution to mental health where doctors see a need for such prescription but I feel that if it is just for leisure usage, it may just do more harm if it is so easily accessible. Anyway, just some of my thoughts!