What an exciting weekend! 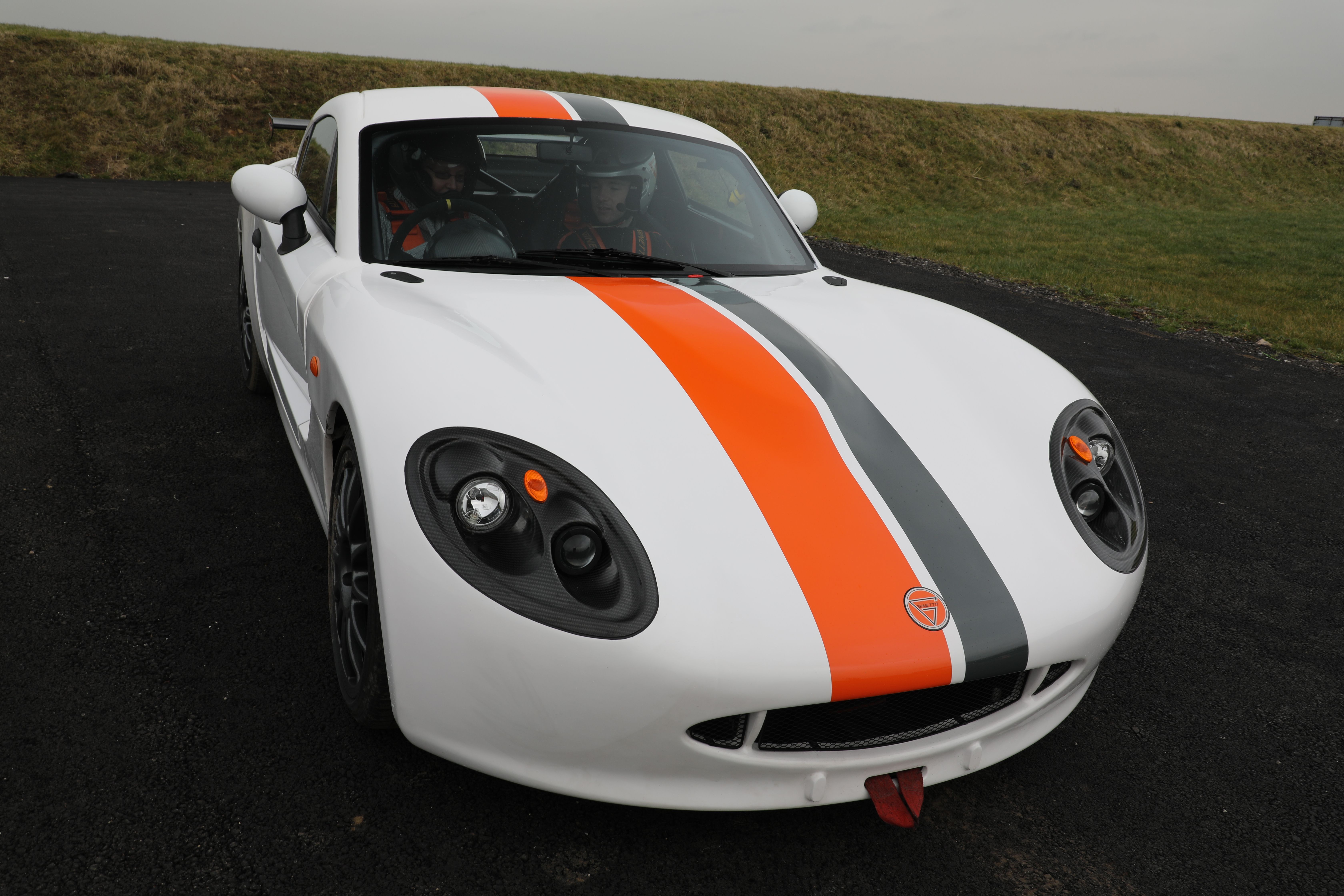 Saturday morning (early) and I'm up and about (not entirely grumpy, because I'm excited to go to Blyton Park).

Off we go on our trip - driving a little more than an hour before we get lost.

Satnav takes up all the way there and then tells us we've arrived - at a combined heat and power plant - not a race track. So, we turn around and head back in the opposite direction. The satnav picks us back up and takes us on in a different direction.

We're quite enthusiastic and pleased with progress until, "Your destination is on your left."

Um... no, actually it isn't. We're not allowed to go down that road. In fact, there's a sign saying, 'No access to Blyton Park Track' - we're lost!

We drive around a bit more, mindful of the fact that we're going to be late if we take much more time to get there. We've been around the track before we even get to the track! And we're still lost!

We find a couple of guys on pushbikes that we can ask and they tell us to go back the way we came and we realise we turned around too soon.

If we'd have continued a little further past our original 'destination', we'd have found it!

Turned back, retraced our journey and we found it! And we'll know where it is the next time!

We said hello to everyone, grabbed a coffee and a bacon roll (yummy!) and then I went out onto the track with Charlie Robertson This guy! 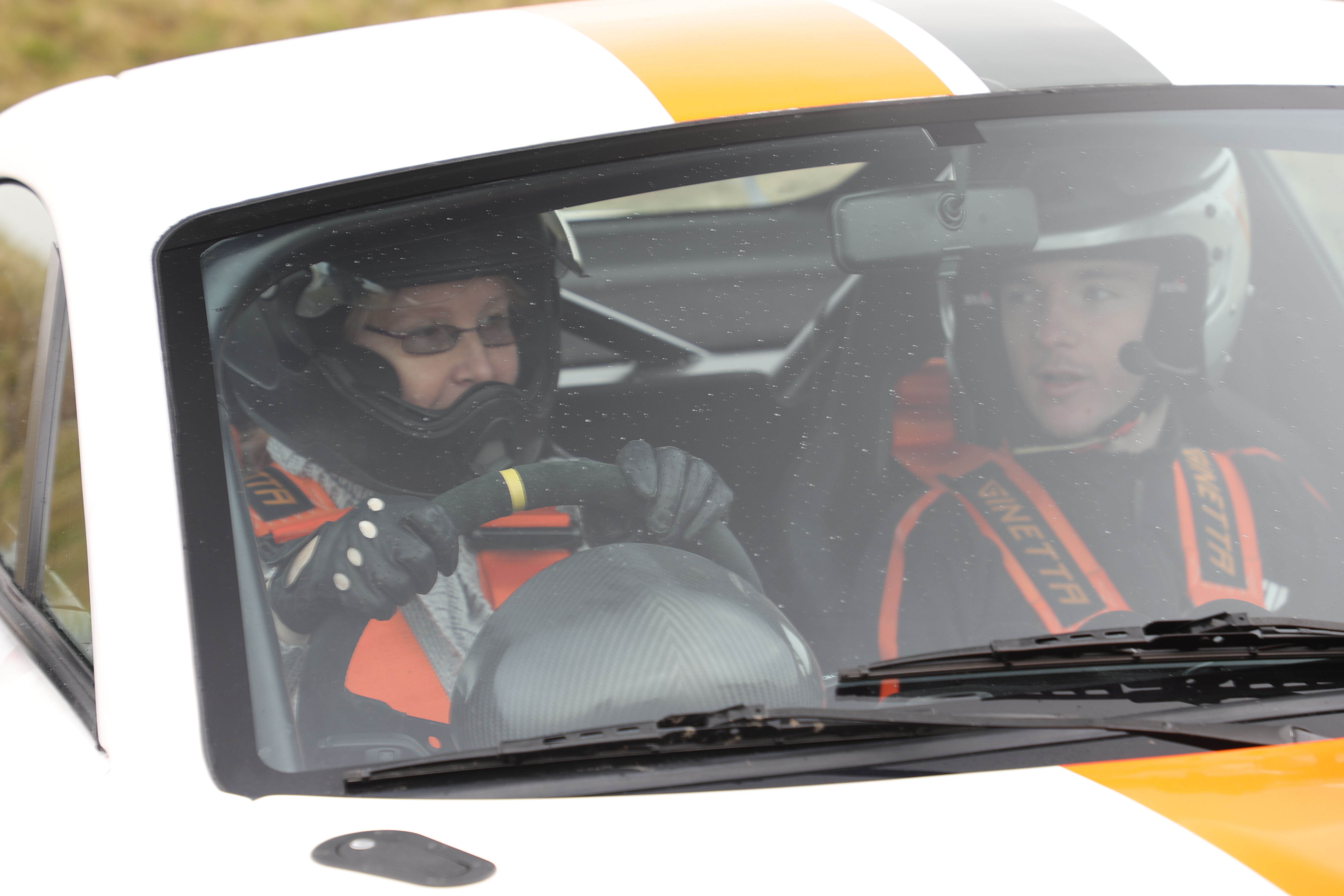 He gave me great instruction on how best to drive the track and after a few laps, we went back inside.

I spoke to a lot of people about Steemit - Paul, Chris, Charlie and Ian from Ginetta and they're all keen to take a look. When they get onto Steemit, I'll be supporting them like I do with everyone that arrives her because of my recommendation.

I spoke to a few more people - Sarah who is looking at driving too, plus John - he owns a Ginetta and will be racing this year possibly. He was the fastest on the track on Saturday.

The thing I like about Ginetta most is that no one is too busy. Everyone is friendly and you get the feeling they want to help in every way they can.

Is their motto and it really does feel like they mean it! 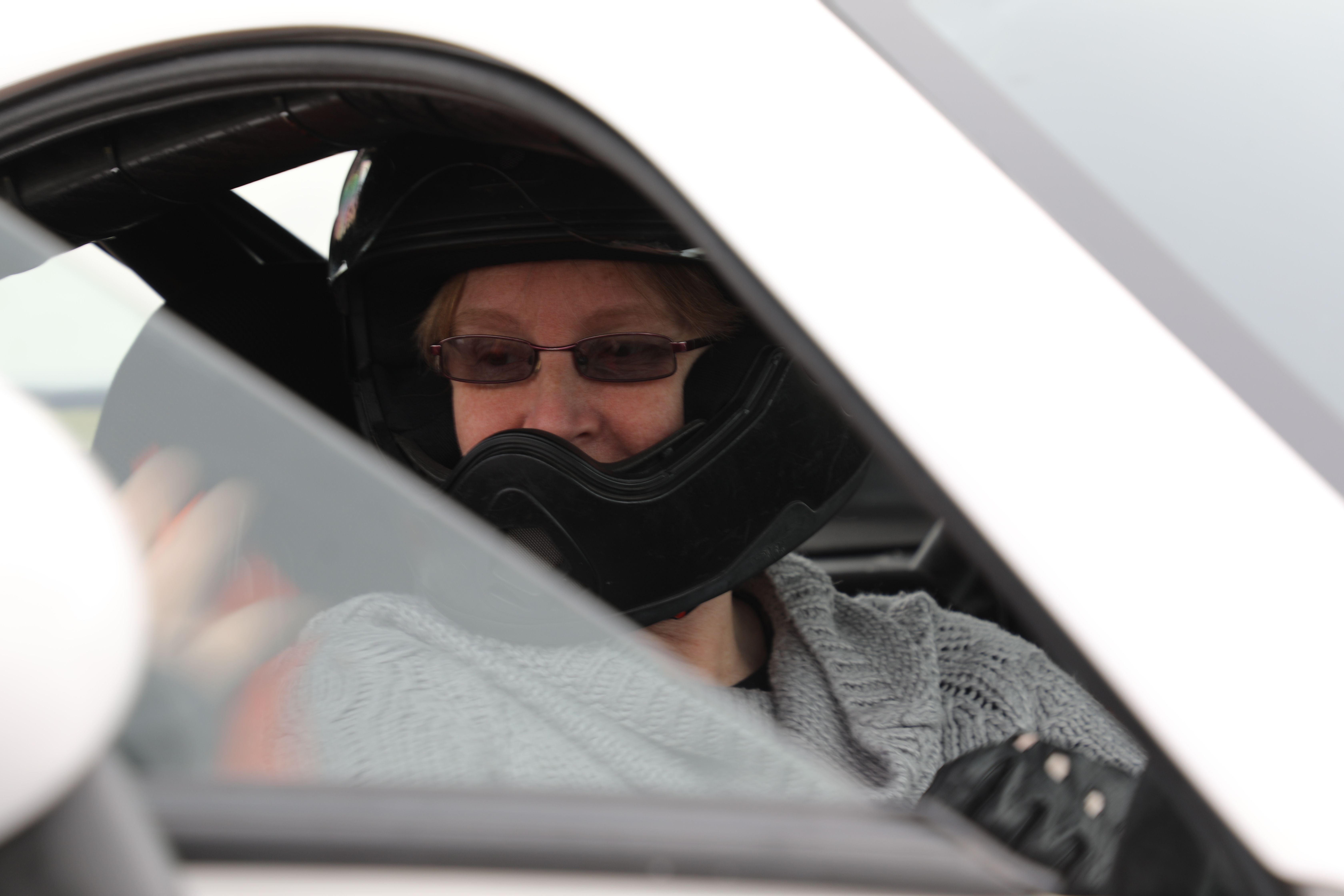 I went out again, on my own this time and I was a little nervous of spinning it - I didn't want to - and the fact that people that were faster than me were on the track (pull over to the left and let them pass) but I found it exhilarating to be following someone, just trying to catch them up - I never managed it. I did notice that I drive faster when I'm trying to catch someone than when I'm pootling about on my own (I don't 'pootle'). 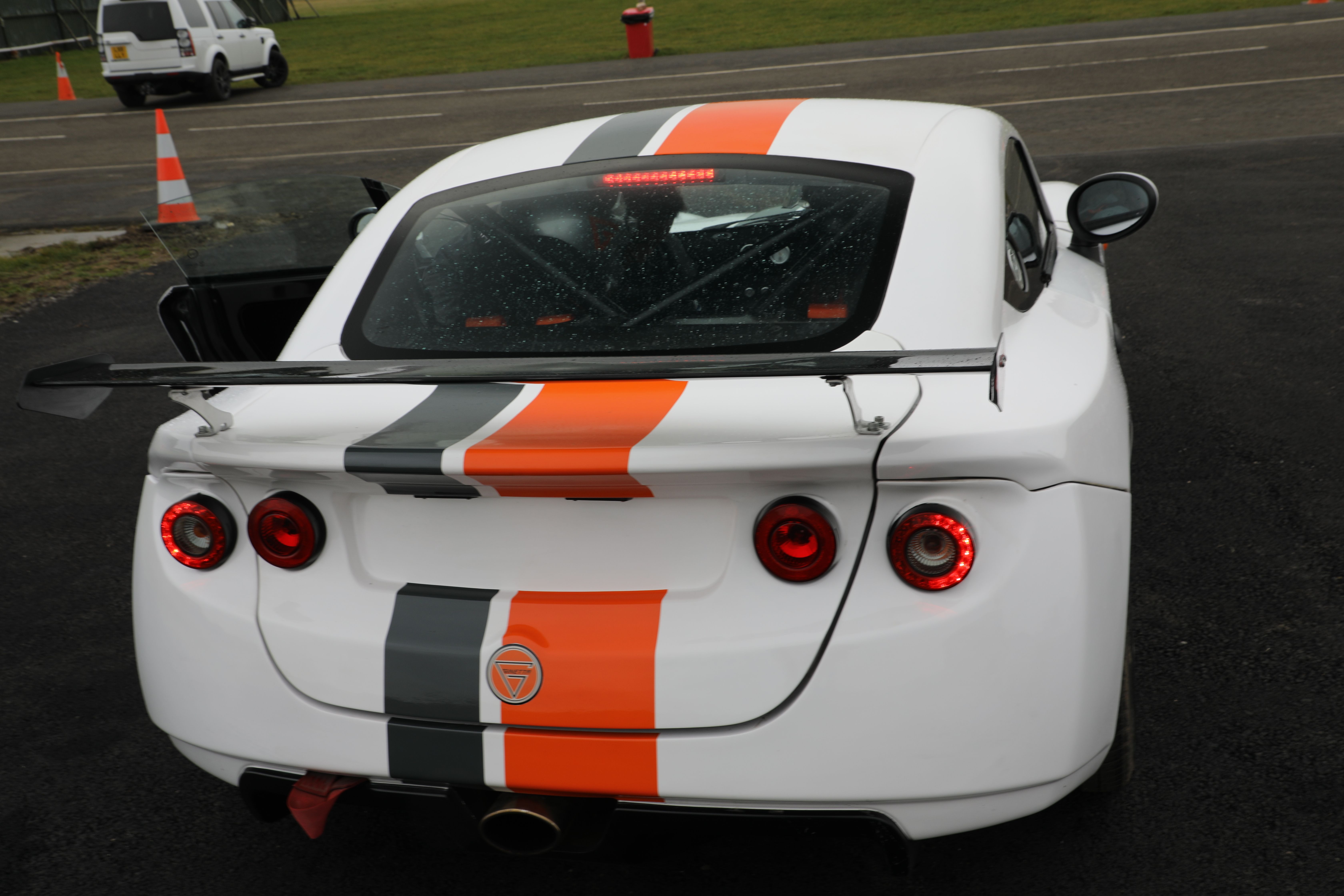 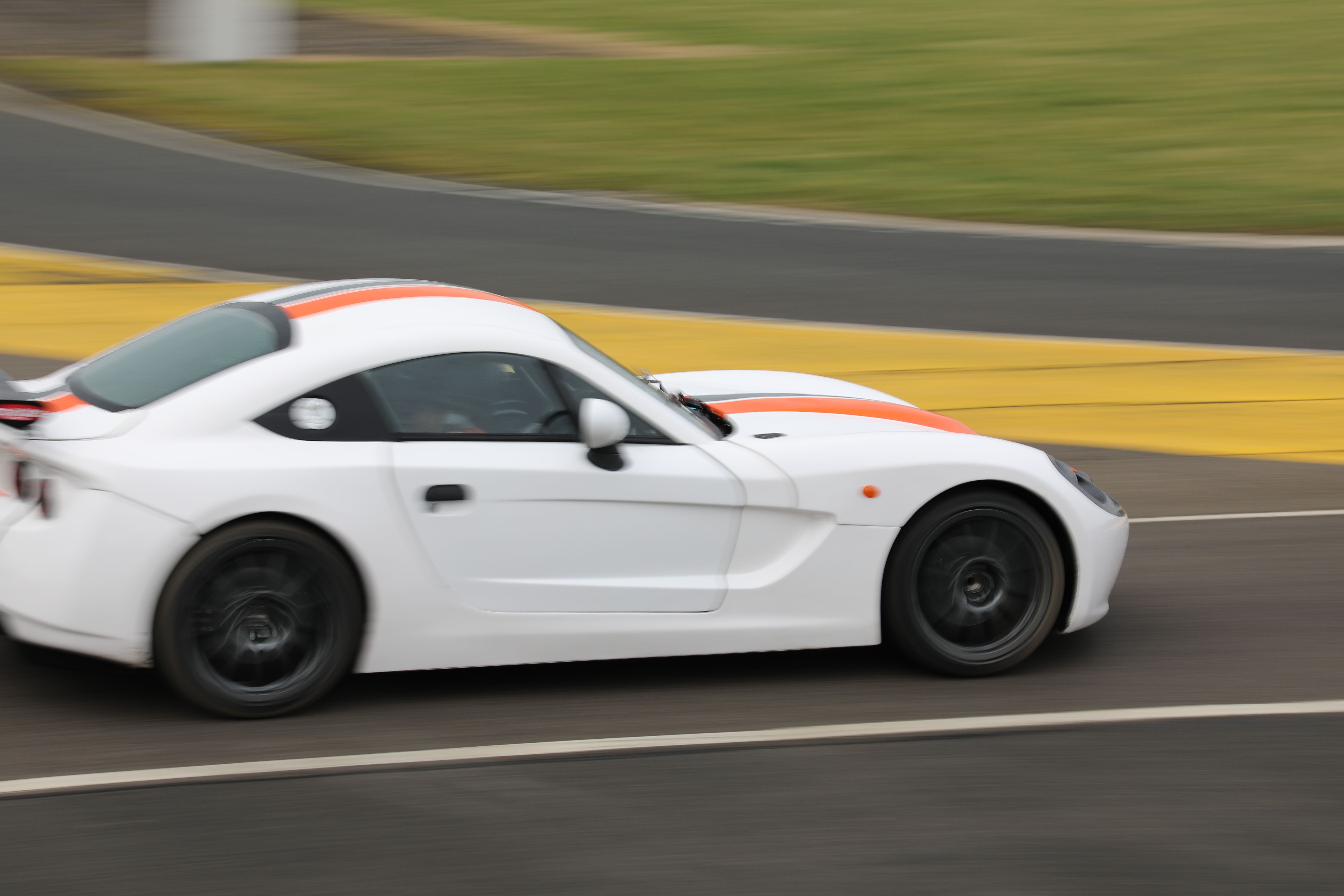 I can't wait for the next time we get invited!

cars motorsport life adventure community
2년 전 by redheadroadtrip49
$14.61
33 votes
댓글 남기기 18
Authors get paid when people like you upvote their post.If you enjoyed what you read here, create your account today and start earning FREE STEEM!
STEEMKR.COM IS SPONSORED BY

wow... it seems like you really enjoy yourself ,that is a really awesome baby to drive , simply perfect.

Thank you! Yes, it's always great to catch up with Ginetta and everyone involved with the cars!

I would love to do this sometime! I think I would find it exhilarating! The open road would be wonderful but I would settle for a nice track! I bet you had an awesometime!

I did have an awesome time, you're right! I'm still grinning!

This looks like so much fun. I've always wanted to try racing in the real world, as opposed to the occasional video game. Of course, seeing how many virtual cars I've wrecked, I'd be pretty damn nervous the first few times around the track.

How did you get into racing?

It's SO much fun!

I'm not actually into the racing yet as I have a shoulder injury. I'm concentrating on getting sponsorship and getting the money together for next year though!

Well okay not racing, but fast driving then!

Go ahead and get that shoulder rested so we can follow along with your adventures!

What a stunning motor! looks like incredible fun, i'm sure the nerves soon passed once you were out on track enjoying the adrenaline :D

The fast guy who owned a Ginetta was John. The strange bit is wearing a crash helmet in a car. It does restrict movement a little.

Yeah, even with the helmet I'm used to, it's a bit odd... plus the full-faced bike helmet I used couldn't be remove inside the car!

That looks like so much fun - I bet you had a ball!

I did! My 'official photographer' got a bit cold lol

That sounds really fun!! Did Trev give a go too?

the pictures are priceless, props to the poor cameraman. Awwww I'm so glad you had fun ❤️

Wow! It's really fantastic and wonderful Car driving @redheadroadtrip. I am really excited to see an amazing Car driving Ginetta at Bllyton park @michelle.gent.
Thanks for sharing this wonderful and fastest Car driving. I really like this.