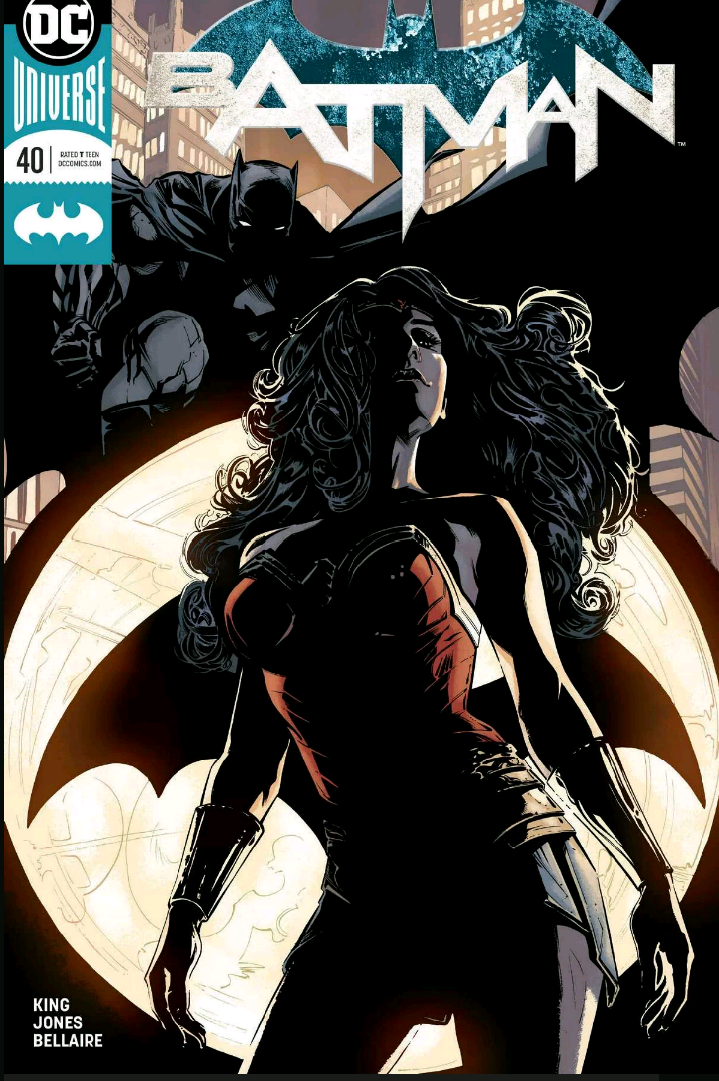 Warning: spoilers ahead
The first superfriends arc with the kent couple (clark and lois) was exceptional, i personally couldn't wait for this one with wonder woman.
The whole arc reads like a missed opportunity to build an interaction , possibly a friendship between wonder woman and selina kyle much like she did with Lois lane in the previous issue. Instead the writer (Tom King) decided to focus on only bats and wonder woman and made a mess of the entire situation.
Basically, the premise is that bats and wondie went tohelp an old friend (the gentle man..weird name, iknow!) Who had been fighting a never-ending horde of creatures from anofher dimension for the better part of a millennia and he needed a break, the thing is, time passes differently in said dimension...the millennium which he spent was just about 3 months in our own dimension. Both bats and diana had no idea about the time issue and were both stuck there for about 37 years total.i'm not going to spoil more of the story for those who have not read the book but i did warn you. My issue with the arc is that both bats and wonder woman should not be in a scenario like this in the first place, the first issue ended with a cliff hanger where they were both about to kiss each, this recieved a negative uproar from all fans as batman just got engaged.
Another issue with it is tom king constant use of repetitve dialogue, 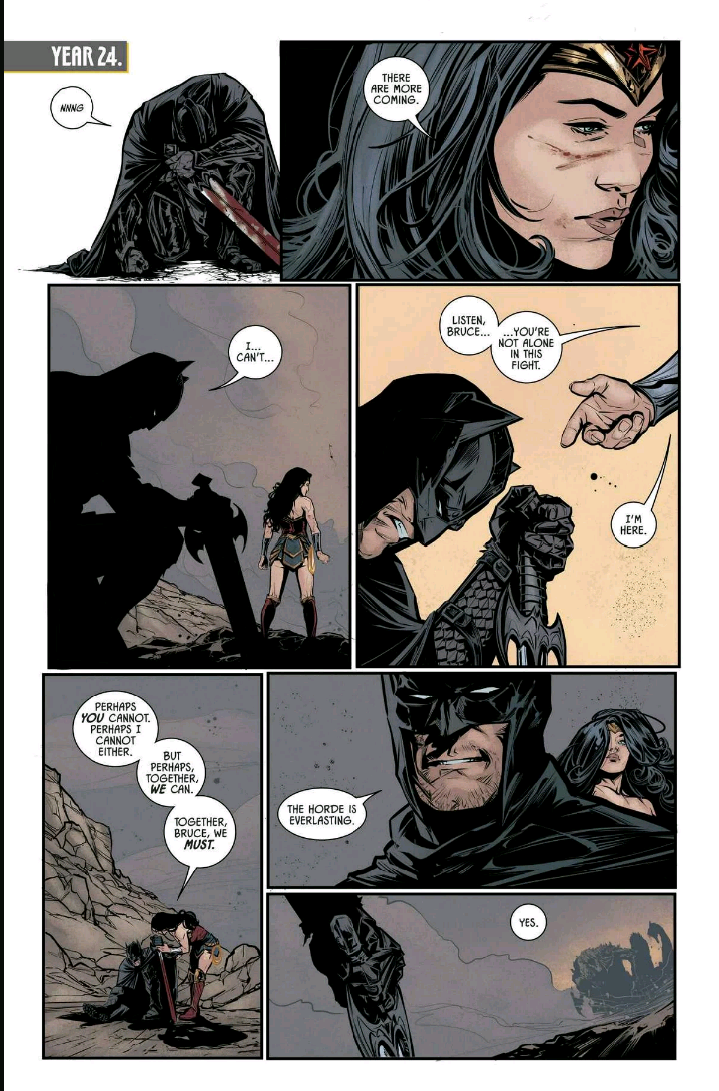 As you can see above,dialogue repetitions, i'm a huge fan of king's but this is one area i think he needs to get better at.
But on the bright sideof things , joelle jones' art is purely lovely also credits to jodie bellarie for was on the colours, really lovely book from the artwork standpoint and we found that wonder woman has a kangaroo!!! comic review entertainment wonderwoman
4년 전 by jcee30
$0.41
7 votes
댓글 남기기 0
Authors get paid when people like you upvote their post.If you enjoyed what you read here, create your account today and start earning FREE STEEM!
STEEMKR.COM IS SPONSORED BY