How Detective comics may be setting up an Outsider's series 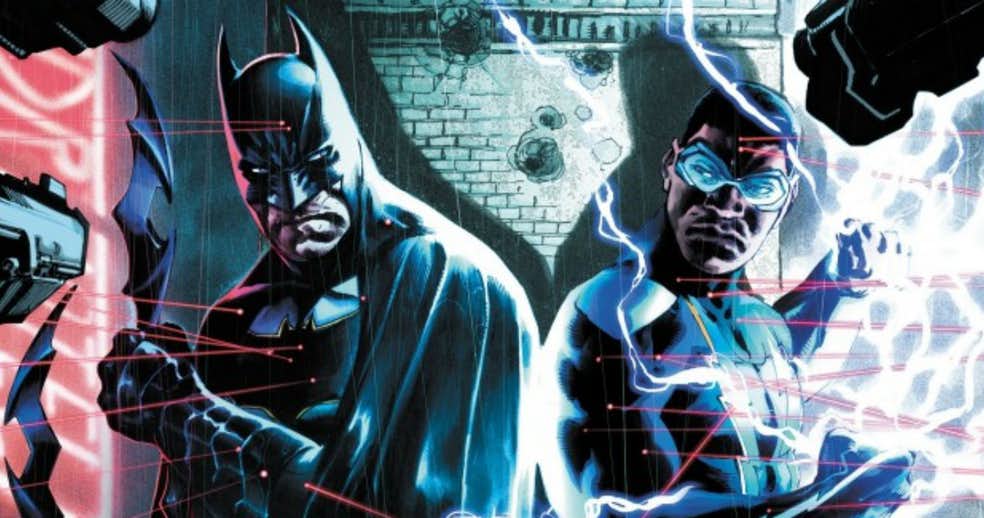 With Detective comics having a change of creative teams by adding writer Bryan Hill and artist Miguel Mendonca. The writers first course of business was to announce that he was bringing in Black Lightning to the team to come and help batman out with the team, with tensions high and nearly every member on the outs with one another following Batwoman's decision to kill clayface (see #973-975), the team needs kind of a mediator(which as we know batman is no good at) to come in and help ease up some of the tension as therapy has clearly not been working and we all know mediating is Jefferson Peirces' thing. The name of the new creative teams' first arc is titled On the outside. Now that's pretty telling right?? The outsiders were a team formed batman and the last time we saw the group together was in their Convergence tie-in series during the new 52 era. Now I think with widespread complaints from fans about Red robin (Tim drake) have been misused, this presents DC a unique opportunity to give us a red robin and black lightning led outsiders team, maybe with the likes of green arrow, and bringing back Cassie, Conner Kent (new 52's Superboy) and Bart allen(no matter how outrageously a poorly written they were in the new 52)even Orphan who I think desperatly needs some sort human connection.

Who knows? Maybe that's the direction DC are going, let's wait and see.

comicbooks batman dccomics entertainment team
4년 전 by jcee30
$0.00
7 votes
댓글 남기기 0
Authors get paid when people like you upvote their post.If you enjoyed what you read here, create your account today and start earning FREE STEEM!
STEEMKR.COM IS SPONSORED BY