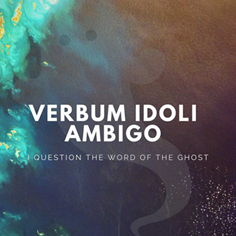 I left you last time with a photo and a question. In this installment, I am going to try to provide you with some of my answers.

We have started to talk about a mass shooting event that happened in St. Louis on June 18. This is admittedly a minor case, but we are working our way to the major cases. You might think that what I am going to show you is all coincidence. But, from where I sit, the event seems to have the touch of the ghost, the spooky signatures that they have built into the major psyops.

The question I left you with was: what do you see? I hope you had time to mull it over, but here’s what I see. I see the tense action in the center of the frame, of course: Officer Shield, Officer Rifle, and Officer Thrower, the last of which is tossing the kind of camera they use in the military to clear buildings in war zones. That is, it looks like a potential standoff with a shooter. Fair enough. But, I also notice Officer Nonchalant. I see him standing to our left with his hand in his pocket and a smile on his face. Officer Nonchalant has left the chin strap on his helmet undone. Officer Nonchalant does not quite fit the scene. While I am sure there is a reasonable and mundane explanation, this is the kind of thing that makes a ghostbuster a little curious. It sets our spider-sense off.

I also take notice of these things: 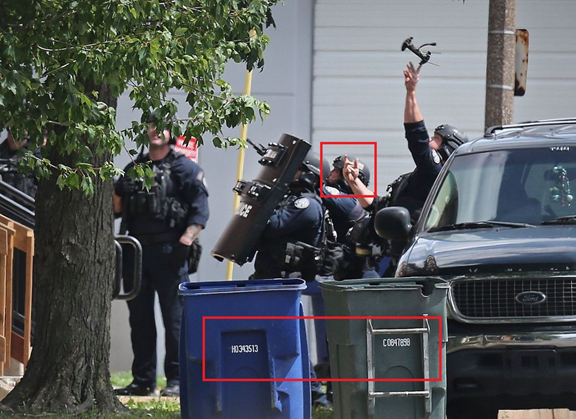 I notice that the numbers are in the sharpest focus (and not the officers). I notice that Officer Thrower is making an extremely awkward gesture with his non-throwing hand. Try it yourself. Throw something while doing that with your off-hand.

In fact, Officer Thrower’s hand quite resembles the hand of one of the most famous depictions of the god Mercury, “The Flying Mercury,” by Giambologna. 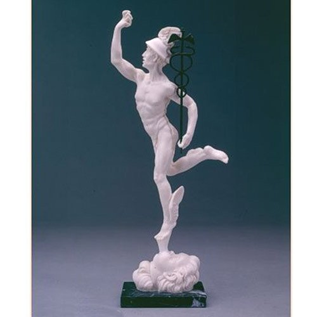 For the uninitiated this might seem completely random and quite a stretch—but for the ghostbusters this is quite meaningful. We have found, again and again, that the god Mercury is a consistent motif in staged events. Mercury is the god of tricks, the god of hoaxes—and much more. Along with Diana (the goddess of the hunt), Mercury is one of the most consistent references in the cases. I have a lot to say about this but will come back to it.

We are still conducting a thought-experiment.

It turns out that these details are important—the numbers and the gesture--but in order to understand why, we have to go back to the fundamental details of the case, to the primary names: Marlo Boyd (the shooter) and Deanna Williams (the victim who was killed).

Marlo Boyd : part of the reason I became interested in this case was the name of the shooter. As mentioned, the ghostbusters did a lot of work on the DC snipers case of 2002. The primary gunman of this case was Lee Boyd Malvo. He was only just recently in the news again because the Federal Courts had thrown out his sentencing, since he was 17 at the time of the murders. My belief is that the DC snipers event was a psyop, so I found it quite curious, indeed, that just as Lee Boyd Malvo was in the news again, there is a mass shooting by a Marlo Boyd.

I am sure you can see the similarity here, in fact the St. Louis shooter’s name is only one letter off—he has an “r” rather than a “v.”

For the naturally suspicious ghostbusters, who have experience with these things, this similarity would be enough for us to consider that this St. Louis case is meant to reinforce the other in mind of the general public, especially because of the timing. However, even here, we are willing to admit that coincidences exist—we need quite a bit more before we claim that this St. Louis event has a spooky signature. For now, we only have Officer Nonchalant, a Mercury-trace, and the curious timing of an event with a shooter whose name is quite similar to the DC sniper.

But, this is where the numbers (in sharp focus) from the photo come in.

For the sake of argument—for the thought-experiment--let’s consider this a code. If so, how should we go about breaking it?

I’ll show you in Part 4, in which we start to confirm our suspicions about this case.

conspiracy blog
5년 전 by hqz25
$0.00
1 vote
댓글 남기기 2
Authors get paid when people like you upvote their post.If you enjoyed what you read here, create your account today and start earning FREE STEEM!
STEEMKR.COM IS SPONSORED BY