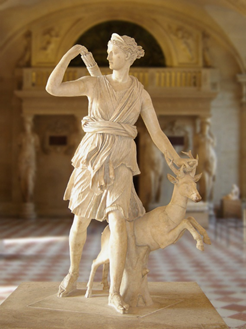 In part 4, we used a ghostbusting technique to codebreak an important clue. We discovered the first major indicator of a spooky signature in the St. Louis shooting event that took place on June 18. What we found involved the shooter’s name, Marlo Boyd, and its similarity to the DC sniper’s name Lee Boyd Malvo. The puzzle in the photograph attached to the event told us that we are supposed to see this connection. The St. Louis event happened just as Lee Boyd Malvo resurfaced in the news.

In this installment, we are going to look at the importance of the name of the primary victim in this (potential) psyop, Deanna Williams.

The spooks like to play what we call “Diana games.” Since there are a few of you who have been following what I have been saying, I will reveal a bit more about what previous ghostbusting has shown.

First of all, you have to understand that the Roman goddess Diana is an important theme to these psyops. It is a signature and a calling card. As a theme, she only rivaled by the god Mercury. The Greek version of Diana is Artemis. Diana is the goddess of the hunt, so she is a fitting theme for shooting psyops. She is associated with deer and several sacred trees, especially the oak. She is associated with the moon.

We’ll talk a lot more about the mythology of Diana in the future. The key here is that, as the goddess of the hunt, she serves as a “sign” over spooky shootings. If you want to look more into the mythology of Diana, Wikipedia is an ok place to start, but I recommend this link as a better starting point:

Diana/Artemis has been a consistent theme for the ghostbusters since the beginning. That said, it seems like the Diana games have increased under Trump. I am not saying that he is responsible. I think that the “golden age” of mass shootings is mainly an Obama thing. The Diana games are being played by agents of the deep state.

In fact, there have been at least two prominent mass shootings that the media associated with the Trump campaign and presidency: 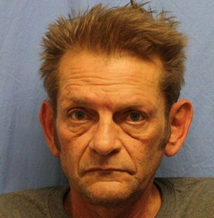 That’s Nathan Desai on the left, Thomas W. Purington on the right. Both of these guys were shooters in mass shooting events. Both events were used in the media to paint Trump supporters as violent racists. In particular, Purington killed a couple of legal immigrants. The event seemed to be cued up as a response to Trump’s travel ban.

We can talk more about these cases in the future. My point for now, is that the names of these shooters provide interesting anagrams involving Diana. Across the cases, anagrams have been used for spooky signatures in these events.

“Thane” is basically a low-ranking title of land ownership, but the etymology of the word is “soldier” and “servant.” For ghostbusters, we understood that the Nathan Desai name—in a case that has spooky elements all over it—is meant to communicate that he is Diana’s servant, Diana’s soldier. That is, he was a tool used in the deep state’s Diana games.

Again, the Purington shooting event seemed ginned up as a direct response to Trump’s travel ban. The message they are trying to get across here is clear. The deep state is at war with Trump’s presidency. This little anagram is only the beginning: we thoroughly ghostbusted this case, and perhaps one day I will share that case with you.

In ghostbusting terminology, we call anagrams that involve Diana, Dianagrams.

The recent terrorist attacks in England were rife with Diana games on the lower frequencies. But, I will save that for another time.

My point about this St. Louis event involves the name of the primary victim: Deanna Williams. Not only is “Deanna” a version of “Diana,” but it also a Dianagram.

Since I began ghostbusting cases about 2 years ago, I have had a lot of experience with the Diana games. The fact the St. Louis case builds in this Dianagram, it is the second major indicator of a spooky signature in this event.

In Part 6, I will show you the other way in which this event is signed by the scriptwriters. conspiracy blog redpill politics trump
5년 전 by hqz25
$0.00
2 votes
댓글 남기기 0
Authors get paid when people like you upvote their post.If you enjoyed what you read here, create your account today and start earning FREE STEEM!
STEEMKR.COM IS SPONSORED BY