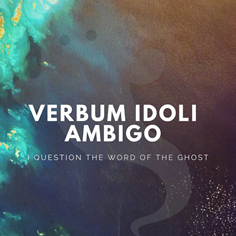 I question the word of the ghost.

You can call me “HQZ”—that’s short for “headquarters.” Although I have always been a “conspiracist”—on JFK, on 9/11-- in the last few years I have realized that there is a lot more going with these psyops than I ever knew before.

I call it “ghostbusting,” but you can call it whatever you like.

My suspicions were raised with the Elliot Rodger, Isla Vista shooting. There were many things there that did not add up. I read his manifesto and realized that it was not the ravings of a madman that it was supposed to be. Rather, it was a contrived novel for the media. About a year later (2015), I started writing about mass shootings that looked suspicious. I have also looked into several other events, both contemporary and historical, that have flown under the radar. I would like to share my reasons and the evidence with you.

The rabbit hole runs deep. I have found that that these psyops use a range of tricks, from complex codes, to references to mythology and religion, to astrology, to simple number signatures. I can explain the tricks and their purpose. Ghostbusting can, at times, look like mysticism. The difference is that ghostbusters don’t believe in ghosts. That is, all this mindfuckery is created by operatives, spooks, and human intelligence.

Before I start posting my findings, I would like to know that there are people in this community who are interested.

We are always looking for more ghostbusters.

conspiracy introduction introduceyourself news blog
5년 전 by hqz25
$0.18
7 votes
댓글 남기기 7
Authors get paid when people like you upvote their post.If you enjoyed what you read here, create your account today and start earning FREE STEEM!
STEEMKR.COM IS SPONSORED BY

Welcome to Steem @hqz I have sent you a tip

Make sure to participate in this weeks giveaway to get known in the community!

Here are some helpful tips to get you started:

up-voted, followed - check my reply on your 2nd post

Hope you enjoy being here!

This message was written by my introduceyourself bot, but I'm a real user :)

Shall you have any questions, feel free to reply to me. I'll gladly answer your questions :)

You can also go to https://steemit.chat and chat with the Steemit Community over there!