SPE: THE DC SNIPERS [A Red Flag; A Question] 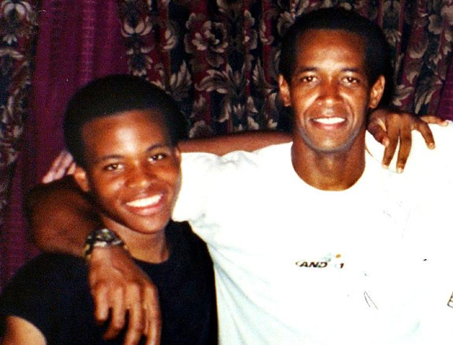 John Allen Muhammad and Lee Boyd Malvo terrorized the D.C. area in 2002, killing and injuring 13 people. Malvo was just in the news recently over his sentencing. We are about to begin a new series here on how this event was a psyop.

But first, I have a question for all you gun enthusiasts, hunters, ex-military types, and experts in optics.

We are told that Lee Boyd Malvo shot from this hole of the blue Caprice that they were driving around in: We are told that this was accomplished with this rifle: 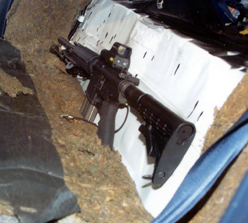 This is a .223 Bushmaster, basically an M16. It has holographic sights.

My question is: how possible is this? I would estimate that the longest dimension in that hole is about 2 ¾ inches. My understanding is that these holographic sights are mounted 2-3 inches above the barrel.

Keep in mind that the car the sniper shot from was stationary, the sniper was laying prone in the trunk, the sniper hit 13 out of 14 targets, and a couple of the shots were up to 100 yards away or more.

This seems impossible to me.

There are other red flags in this case, but this one seems the most prominent. At any rate, there are spooky signatures all over the event, and this new series is going to detail them. I would appreciate anyone weighing in with insight on the forensic evidence.

[For those of you expecting Part 6 of the St. Louis case, I have decided to move on to the case that inspired looking into it in the first place. The photographs of the car and the rifle are from here: https://en.wikipedia.org/wiki/D.C._sniper_attacks] conspiracy blog redpill freedom politics
4년 전 by hqz25
$0.00
4 votes
댓글 남기기 2
Authors get paid when people like you upvote their post.If you enjoyed what you read here, create your account today and start earning FREE STEEM!
STEEMKR.COM IS SPONSORED BY