The Moon Landings Were Faked [New Research, A Response] 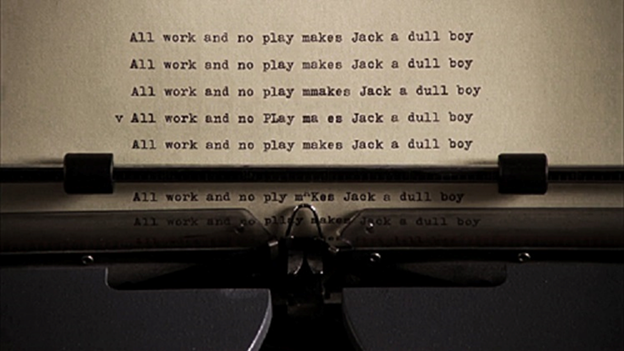 On the Apollo Missions:
The moon landings were definitely faked, and it was probably Stanley Kubrick who directed it. At the very least, he tells you about how it was faked in The Shining. The documentary Room 237 puts forward the main theory:

What I am going to show you now is original research, based off of a famous shot in the film that is above.

There are a lot of references to Apollo 11 in The Shining, believe it or not. And Kubrick was notorious for being very detail-oriented in what shows up on the screen.

Whether or not you have seen the film, you might be familiar with the line that the Jack Nicholson character types out on the typewriter: "All work and no play makes Jack a dull boy."

So--I think this is an anagram for "NASA Apollo July land walk mocked by ARK."

"July" because the moon mission was in July. "ARK" because "ARC" is the Ames Research Center, which is a NASA agency. In this case, the "c" has been replaced by "k," perhaps Ames Research/ Kubrick.

There is more evidence for this interpretation.

Others have pointed out that the "All" resembles the letter A with the number 11, as in Apollo 11.

However, I'm more interested in the typos, the errors on the page in the graphic above. There are lines where "PL" is capitalized along with the "A" for "APL" (Apollo). The third line has a double "mm" (moon mission?). Anyway, attention is drawn to the fourth line since it has an editing insert mark "v."

Here the "k" is missing from "makes" leaving "ma es." This seems like an anagram for "Ames."
Interestingly, in the line under the roller bar on the typewriter the "K" is capitalized in "makes" and the "A" is above the line. It resembles the imagery of the Apollo 11 mission taking off: 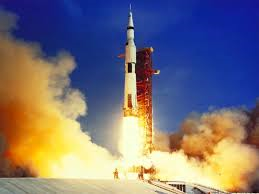 The visual interpretation might be a stretch. However, lifting out the A, we are left with "m Kes" a possible anagram for, "me, S. K." or "me: Stanley Kubrick."

Here at HQZ, we are mainly working on shooting psyops. We just started on steemit.con, and have a lot more to share. You can check out what I am doing here: https://steemit.com/@hqz

conspiracy blog film
5년 전 by hqz25
$0.00
3 votes
댓글 남기기 5
Authors get paid when people like you upvote their post.If you enjoyed what you read here, create your account today and start earning FREE STEEM!
STEEMKR.COM IS SPONSORED BY

Upvote!:) I like the content, keep it going :) Also, did you know that a lobsters blood is colorless but when exposed to oxygen it turns blue, lol.

Is that a secret code of some kind? In any case check out my other stuff which is kind of different, but only kind of.

Congratulations @hqz! You have completed some achievement on Steemit and have been rewarded with new badge(s) :