Hello Steemians. Welcome to the episode #6 of our favorite contest — Show Us Your Witnesses Weekly Contest. Please note that participation in this contest is once. No one who had participated before will be allowed to participate again; otherwise, the essence of this contest is defeated. 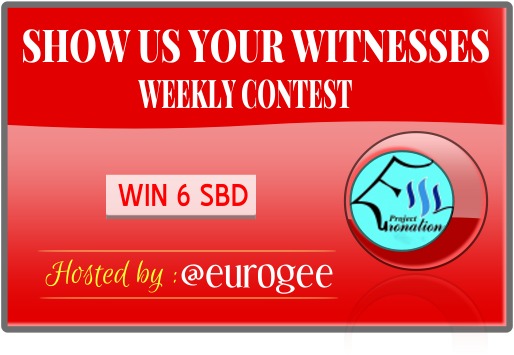 Inactive witnesses are any witnesses between 1st to 100th position who are not actively producing blocks at the time of composing the current episode. It does not mean they will remain inactive indefinitely. For this episode, those whom we found to be inactive include:

Voting inactive witnesses attracts outright disqualification since they are not active at the time of composition of this contest.

Aim of the contest

The aims of this contest, amongst other things, are to:

To increase witness voting consciousness of steemians as well their knowledge of the roles witnesses play in ensuring stable ecosystem.

This contest is targeted at ensuring continuous increase in the witness voting engagement rate occasionally published by @lukestokes. This is currently put at 31.56%

Announcing the results of the episode #5

We had a total of 6 contestants in the 5th episode.

Based on the joint decision of the judges, the winners of this contest are as follows:

Episode #6 of the contest

We will be neutral regarding your choice of witnesses to vote. We do not canvass for votes for particular witness. This contest is for you to select witnesses and cast your votes for them.

How to vote for witnesses 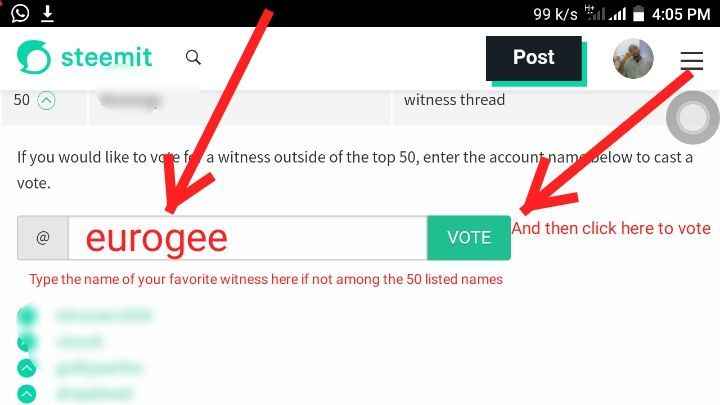 The rule of the contest & how to submit your entry

Entry with popular vote wins but participant must have demonstrated to have good grasp of witness concept in steem blockchain.

@euronation is a team of people with common goals and desires. The team was created with the intention to create awareness around Steem ecosystem, getting new members on board the program, nurturing as well as mentoring towards excellence and helping them to find strong footing in the program. We guide new members on the ethos of Steemit, how they can be creative and come up with amazing ideas and impact the community at large.

The Team Is Made Up Of These Erudite Steemians:

Join us on Telegram and whatsaap through the below links:

Telegram
whatsaap
contest sndbox whalepower witness-category witness-update
2년 전 by euronation58
$35.66
39 votes
댓글 남기기 31
Authors get paid when people like you upvote their post.If you enjoyed what you read here, create your account today and start earning FREE STEEM!
STEEMKR.COM IS SPONSORED BY

Thanks for this great contest @euronation. The roles of witness cannot be over emphasis in the steemit blockchain as we all know .... 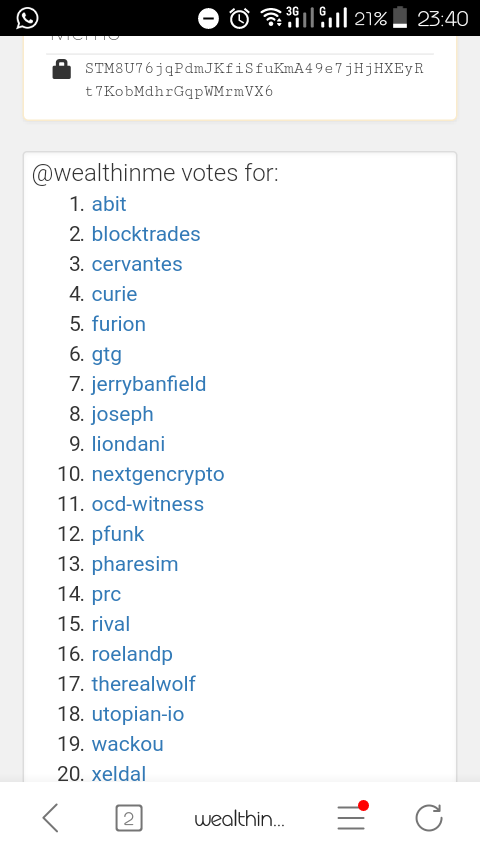 Congratulations to the winner

Thanks so much dear

Thanks sir. I appreciate

See you at the top

Thanks so much. I appreciate

Thanks bae I appreciate

Witnesses makes our post seem on steem blockchain, for folks to check. The communuty elects witnesses to act because the network's block producers and governance body. In excess, if there aren't any witnesses, there'll be no steem.
These are the witnesses i voted for: Witnesses build the blockchain accessible by running net servers...production and support of serious value feedback is one among the witness' obligations. Steem blockchain needs a game set up of individuals to makes discourages, the witnesses impacts our post to look on blockchain for individuals to examine and every one happens in squares knowns as center points..
The witnesses i voted for: 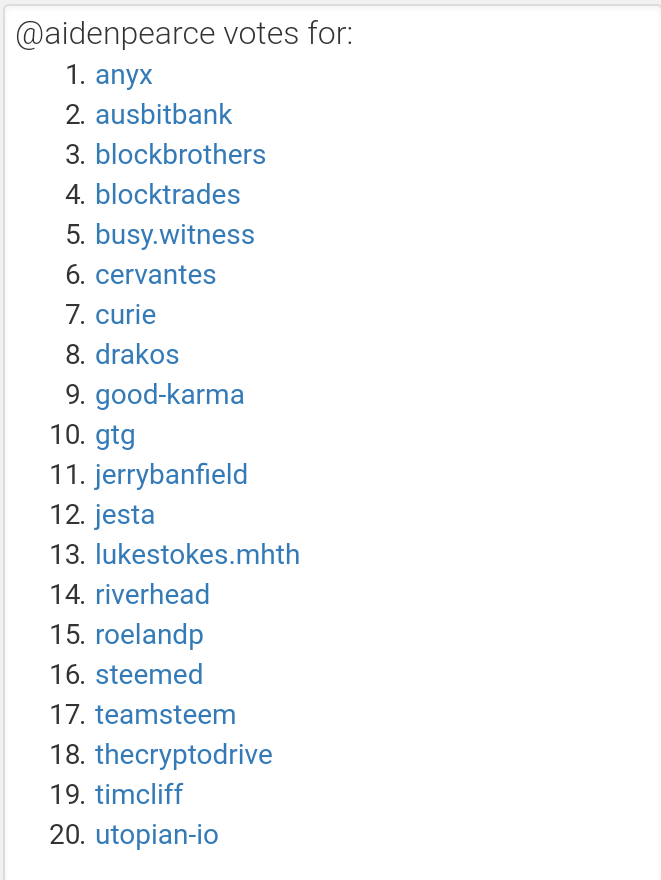 Witness makes birth to our post. They give their hardworking to support us. So must support them also on giving our votes. Thanking you

Hear is my support how to check withness

Congratulations to the winners! The aim of this contest is being achieved and i am happy that there is an increase in the number of votes for witnesses.

This contest is truly serving it aim by making sure that people know their witnesses, their worth and why they must vote them to keep the system running.

Thanks alot @eurogee. We need to support greatly best witnesses for the progress of steem. This is best congest i ever seen. Kudos @eurogee

How to check witness?

This is a great innovation! congratulation to the winners these far. Thanks @eurogee and the entire @euronation for this wonderful contest.... At least lot of witnesses has been showed and voted for... Keep it up sir

Wow .. This is great ... Can't wait to see another list of witness voting .... Let's still watch and see the list for the week..great initiative @euronation for giving back for those witness voters

Wonderful result so far
Kudos @euronation, we set the pace